The property has been slated to be clear cut, with the proceeds set to benefit Thurston County. The man said he has enough supplies to "last quite a while." 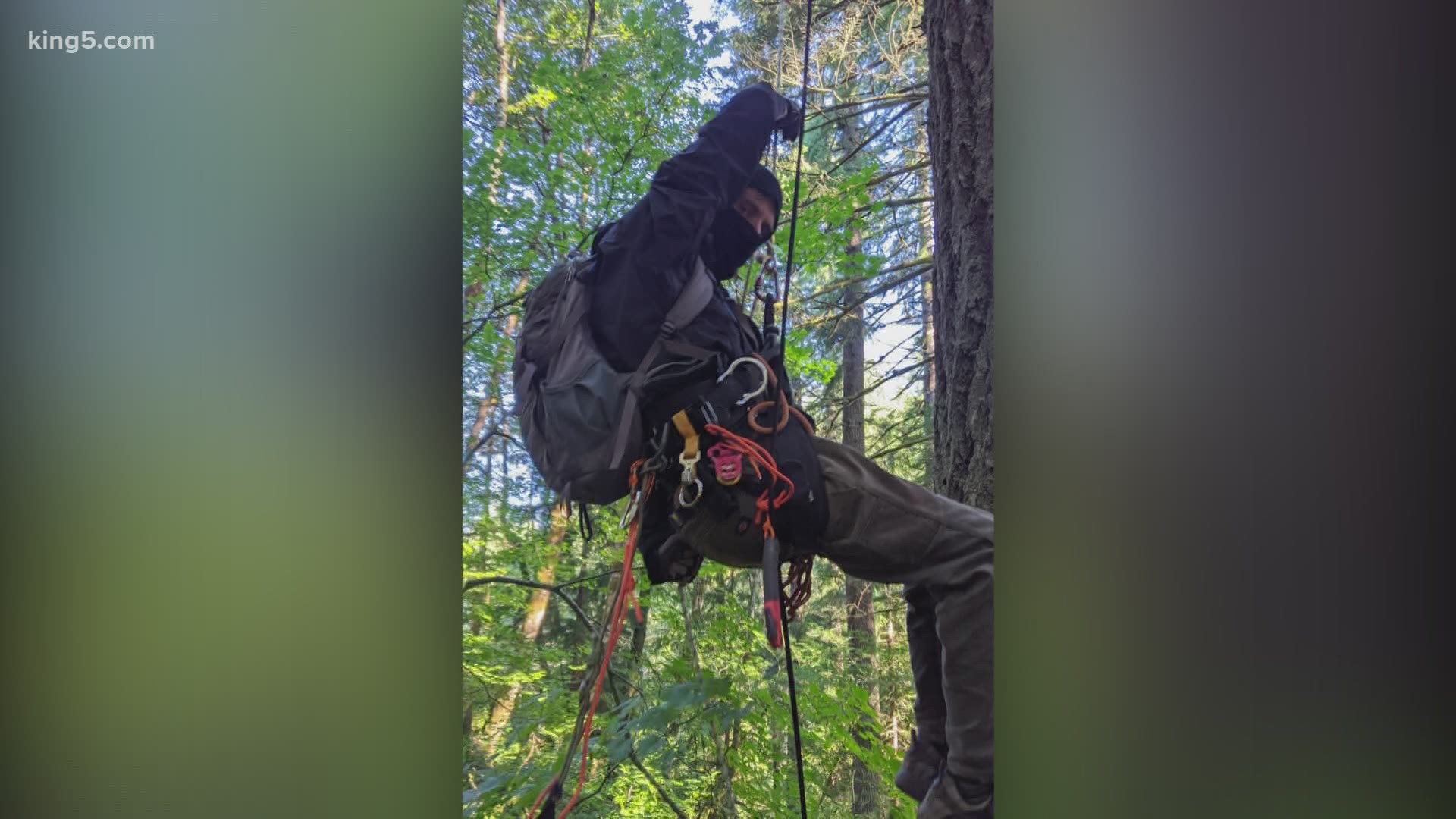 THURSTON COUNTY, Wash. — A Tumwater man temporarily living in a tree does not want his identity revealed, but said he is not afraid of being arrested in his attempt to stop a timber project.

“I feel safe and fine, and the legal ramifications? We'll just have to see, I'm not too worried about it,” said the man who is going by the false name of Mr. “Tree” Angelo Barksdale.

He said he’s been living on a piece of plywood, under a tarp, about 75 feet up a Douglas Fir for about a week.

The tree is within a 187-acre piece of the Capitol Forest, state-owned lands near Olympia.

The property has been slated to be clear cut, with the proceeds set to benefit Thurston County, according to a Department of Natural Resources spokesperson.

The spokesperson said the trees in the area average about 65 years.

DNR law enforcement, with the support of Thurston County Sheriff’s deputies cleared two protesters out of the area Wednesday, but DNR said the man in the tree refused to leave.

He was given a verbal trespassing warning, according to DNR.

Activists calling themselves the “Chameleon Blockade” said the protest is a call to action, an attempt to get clear cuts banned in Washington state.

“We cannot continue clear cutting our public lands, first of all,” said member Joshua Wright, “But any lands in a climate and ecological emergency.”

The protester said he has enough food and water to “last quite a while.”

He hopes to be able to at least preserve a 20-acre area with the oldest trees.

“I hope we can come to some kind of agreement," he said.

The DNR spokesperson said the agency is negotiating with the man.

Law enforcement has closed the road leading to his tree to prevent him from getting any more supplies.