More people are exploring the great outdoors this summer, but the Department of Natural Resources says some are leaving a mess behind on public lands. 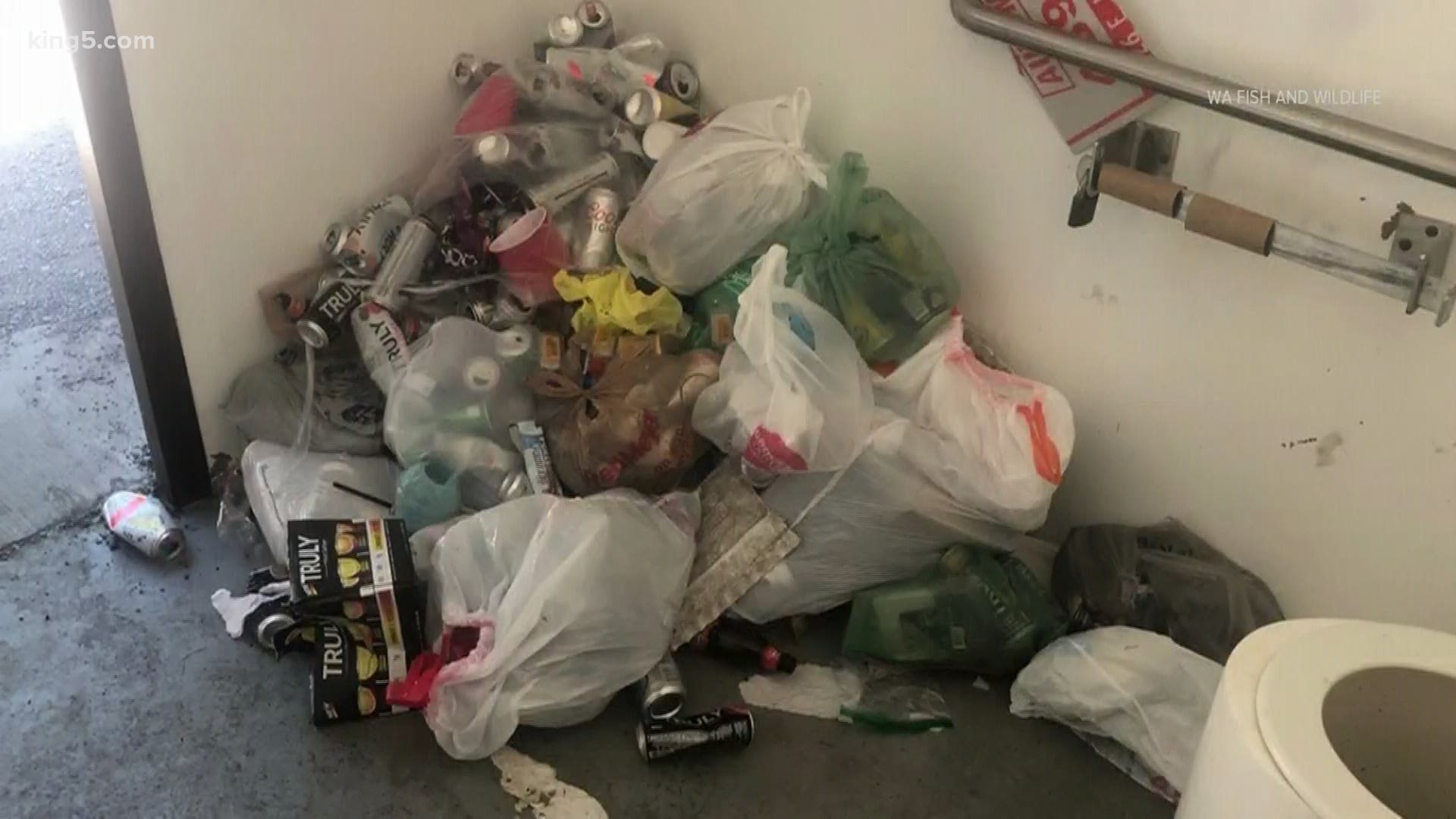 SEATTLE — With more people exploring the great outdoors this summer and heading to Washington state parks, excessive trash on public lands has become a problem.

Washington state parks said that they have been busy this summer, even during the middle of the week, which is traditionally not the case.

On the Facebook page for U.S. Forest Service - Okanogan-Wenatchee National Forest, video shows illegal parking on both sides of one road in June, and trash left behind by campers a few weeks ago.

Days ago, the Washington Department of Fish and Wildlife shared photos of heaps of trash on its Facebook page.

"Our staff works hard every week performing general maintenance at these sites, but as one Eastern Washington access manager noted, 'in years past I could fill up four bags of litter in one week, but this year, I'm lucky if I don't fill up four bags in a day.' The increased use is creating a strain at busy destinations," according to a post on WDFW's page.

RELATED: Tips and tricks for planning an overnight stay at Washington State Parks

More pictures were shared on Twitter of Olympic National Forest and the trash that has been cleaned up there.

Leah Dobey, the statewide recreation manager for the Department of Natural Resources, says COVID-19 is a huge factor.

"Where you normally might have some Good Samaritans out who understand the need to take responsibility and be shared stewards of public land and help clean up after others, people are a little more hesitant of that now. Also because we have more people out, I think we have people who are new to the outdoors and aren't used to some of the guidelines that we follow," Dobey said.

If you pack it in, pack it out. That's one of the major guidelines.

Anna Gill with Washington State Parks and Recreation Commission also wants to remind people to practice social distancing, have a mask and plan ahead.

"People should just consider that a park might be busy, and have a plan B if it's crowded because we want to keep everyone safe," said Gill.