Artists from as far as Nigeria have reached out to be part of the project. 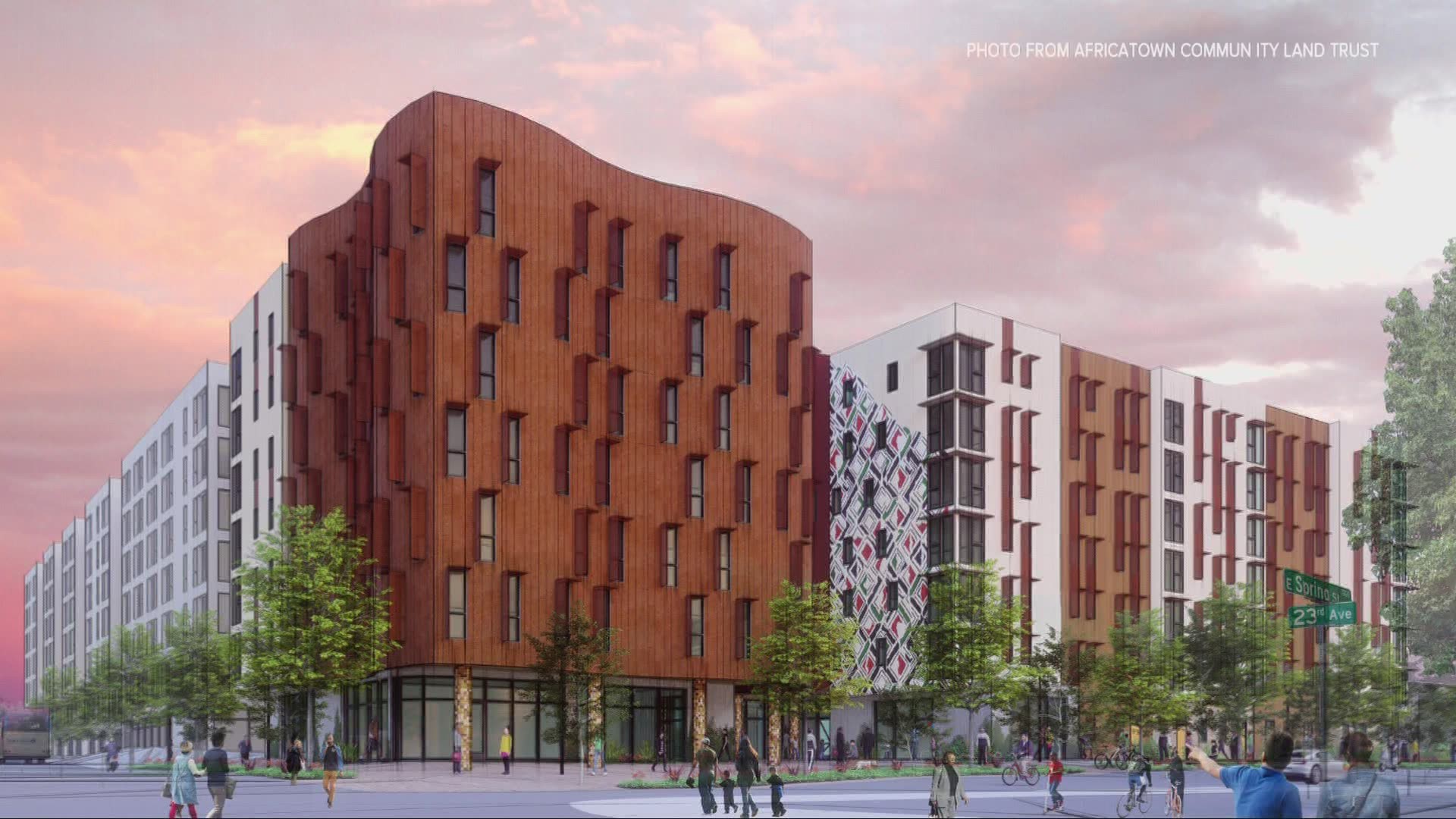 SEATTLE — Artists from around the world are being invited to submit work that’ll be part of a community-led housing effort in Seattle’s Central District.

One of the group's latest projects will eventually turn into a space of healing for the Black community.

"If you look around in Seattle you see a lot of cranes and most of the cranes are not building things that everyone can afford,” said K. Wyking Garrett, president of Africatown Community Land Trust.

The Africatown Community Land Trust has been steadily creating spaces that re-invite a community displaced by rising housing costs and development.

"Just so that the community, the Black community that has called the Central District home for almost 140 years can be here and be part of the future,” said Garrett.

The corner of 23rd Avenue and Spring Street will transform into Africatown Plaza. There will be 126 affordable apartments with community spaces and an art collection focused on healing and wellness.

"We know arts and culture are vital to the Black experience,” said Elisheba Johnson, co-founder of the art organization Wa Na Wari.

Wa Na Wari is helping to co-curate the collection that will be featured in over 20 locations throughout the site.

"When you come from 23rd we want people to already know you’re entering into a Black space and that Black space is the Central District,” said Johnson.

Artists from as far as Nigeria have reached out to be part of the project.

Africatown Plaza springboards off a similar project at the Liberty Bank Building nearby.

Construction is expected to break ground on Africatown Plaza this winter.

The deadline for submissions has been extended to May 28. Artists can submit proposals here.