The manager further claims that a COJ employee was also rude to one of its customers, a veteran, telling him "you did nothing for our country." 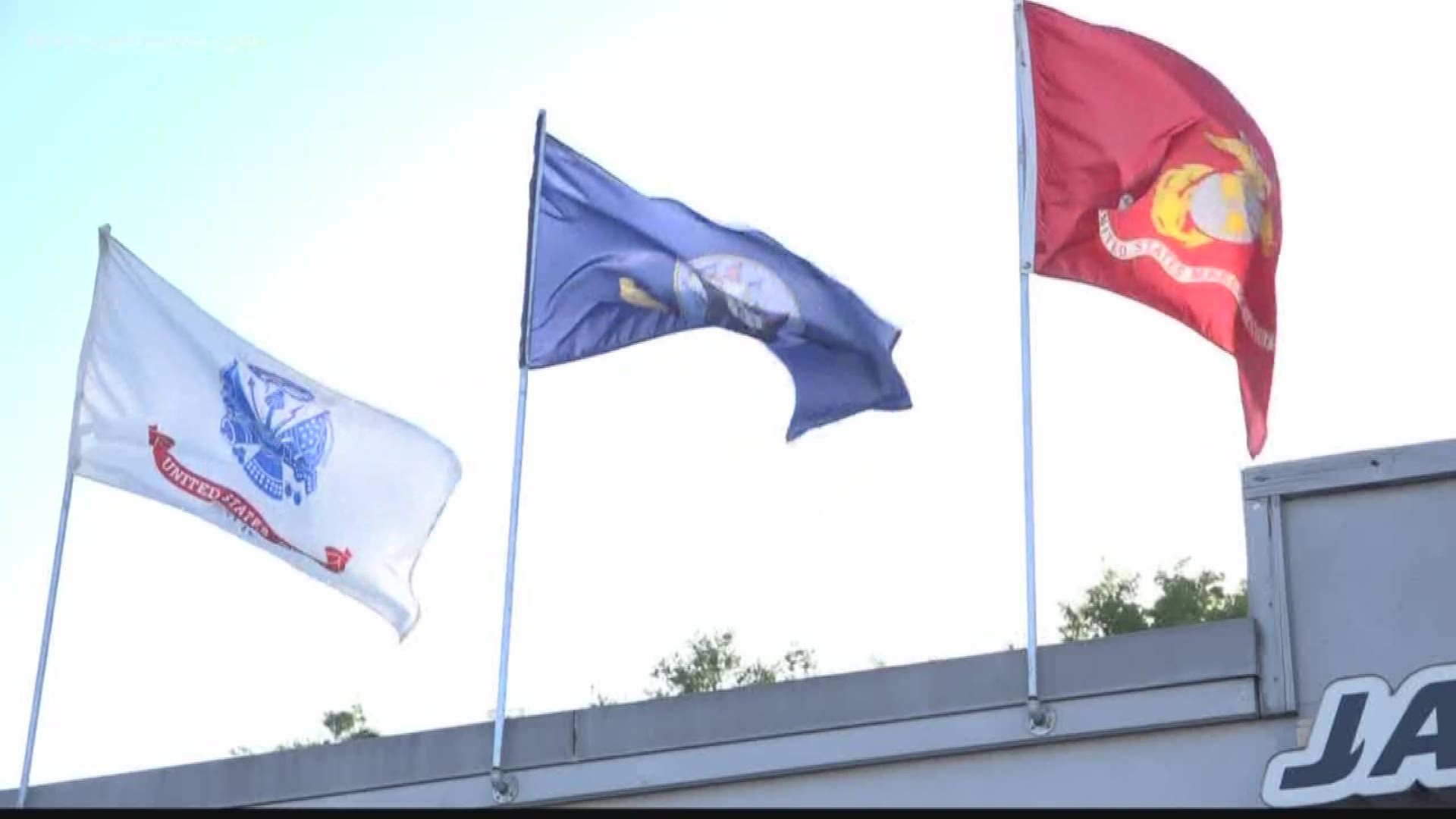 JACKSONVILLE, Fla. - A Jacksonville business won its feud with the City of Jacksonville after city employees cited the shop for flying military flags.

"That's right, we just got a ticket ... for flying military flags," he said in the video. " ... They told us to take them down or go to court over it. Are you serious right now?"

Jackrel further claims that a COJ employee was also rude to one of its customers, a veteran, telling him "you did nothing for our country."

"There's one thing I'm not going to tolerate and that is disrespect for our military in a military town," he said in the video. "We should not get cited or ticketed for flying flags representing our country."

Right after the City of Jacksonville caught wind of the citation, its Chief of Staff Brian Hughes said it was reviewing the facts of the case, as well as current ordinances regarding flags and signs.

"The business was issued a warning, and was not fined. Warnings are issued to provide property owners information about a possible violation, and corrective action."

1. I Have directed city staff that military flags should be treated same as US flag. Let them fly. I Have reached out to the business owner & will review employee procedures. COJ employees r expected to be respectful of our customers - you, the people of Jacksonville.

2. We support our military and veterans, and we appreciate businesses who honor their service.

About eight hours after the initial post, Jaguar Power Sports posted another video on its Facebook page announcing that the flags can stay.

"I am so amazed at the amount of support ... ," said Marcy Moyer, the sales manager. "Thank you so much for understanding that we are trying to accomplish something here."

Since the incident, the employee and her supervisor were placed on administrative leave while the city investigates. A petition also surfaced requesting the City of Jacksonville fire the employee who reportedly issued the citation to the motorcycle shop.