Downtown Seattle bus riders are fed up, and are taking maters into their own hands when it comes to bus-only lanes. 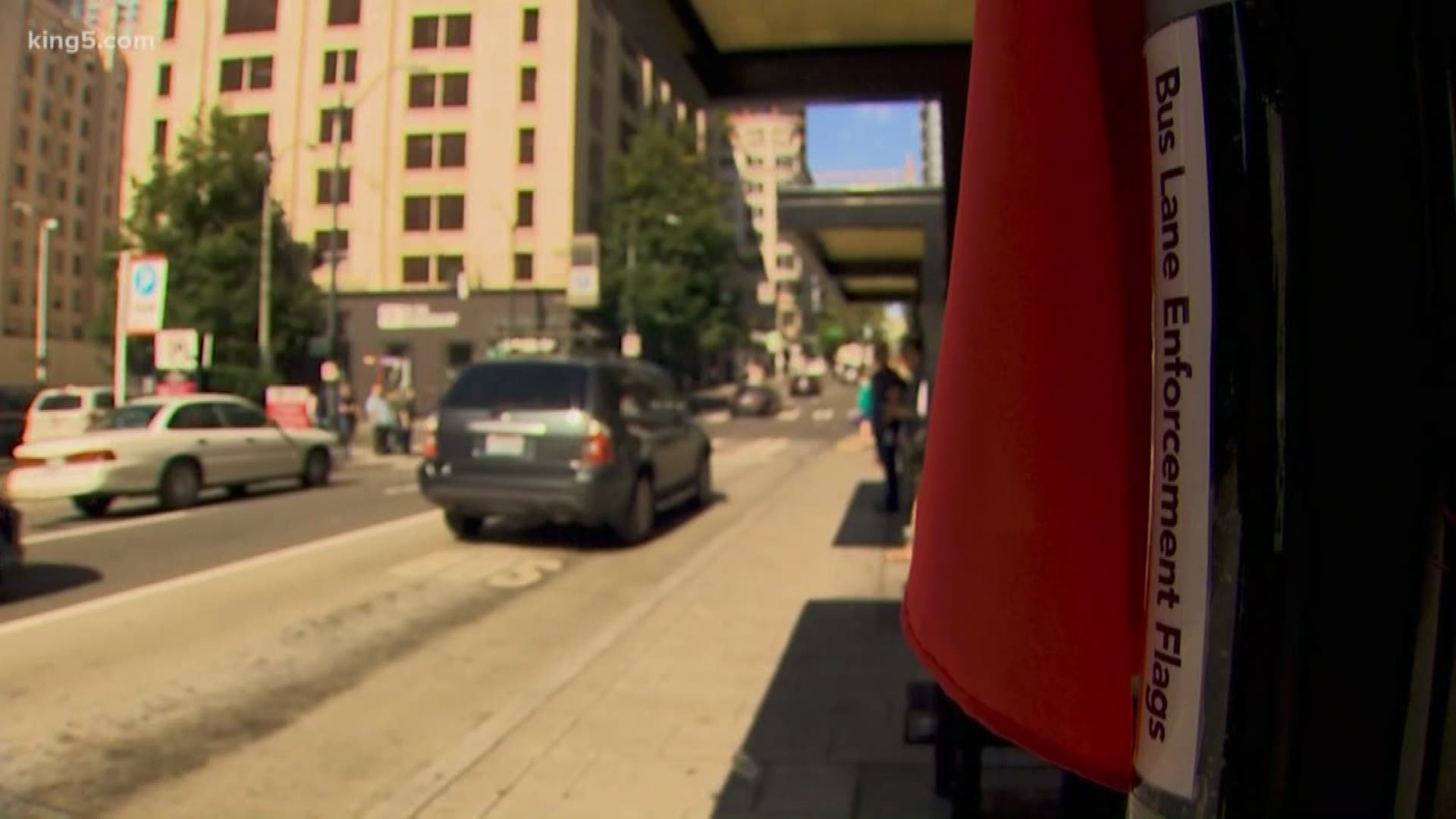 SEATTLE — Rush hour regulars who wait at the 6th Avenue and Olive Way bus stop in Seattle said they have noticed tensions rising.

"It was almost like once somebody started using the bus lane, everybody was moving into the lane," said Liz Cole. "There was a man on the side of the road sort of having sidewalk road rage."

Bus lane violators, the cars cutting in despite all the warnings, are the reason why some bus riders and fed up and speaking up.

"One woman stepped out into the bus lane and basically stopped all of the cars, and made them move over into the lanes that they are supposed to be in," said commuter Bradley Baumgartner. "I'm always tempted to step out there and do the same thing as she did."

New along the route are red flags. The Seattle Times captured video of people using the flags to steer drivers in a different direction.

A canister duct-taped to the bus stop holds the flags that are labeled, 'Bus Lane Enforcement Flags.'

"I think there should be actual enforcement out here," said Baumgartner.

According to the Seattle Municipal Court, when it comes to enforcing HOV, transit, and carpool lane violations there were 872 tickets filed in 2018. So far this year, 567 violations have been filed with the court.

On Tuesday, even with the red flags and people warning drivers, cars could still be seen cruising in the bus-only lane.

"The whole point of the bus lane is to encourage people to take public transit, get fewer cars out on the road. By doing that it just ruins it for the rest of us," said Baumgartner.

A city sign posted near the bus stop points out the curb lane is for buses only from 3 to 7 p.m., Monday through Friday. Cars can make right turns, but if you are caught driving along in the bus lane it could be a $136 fine.

RELATED: Meet the man behind the technology that makes the light rail traveling the I-90 Floating Bridge possible

It was recommended to be apart of a pilot program that went along with legislation being proposed in Olympia, but the bill did not pass last year.