An appeals court sided with the City of Burien in a battle linked to "Burien Turn." 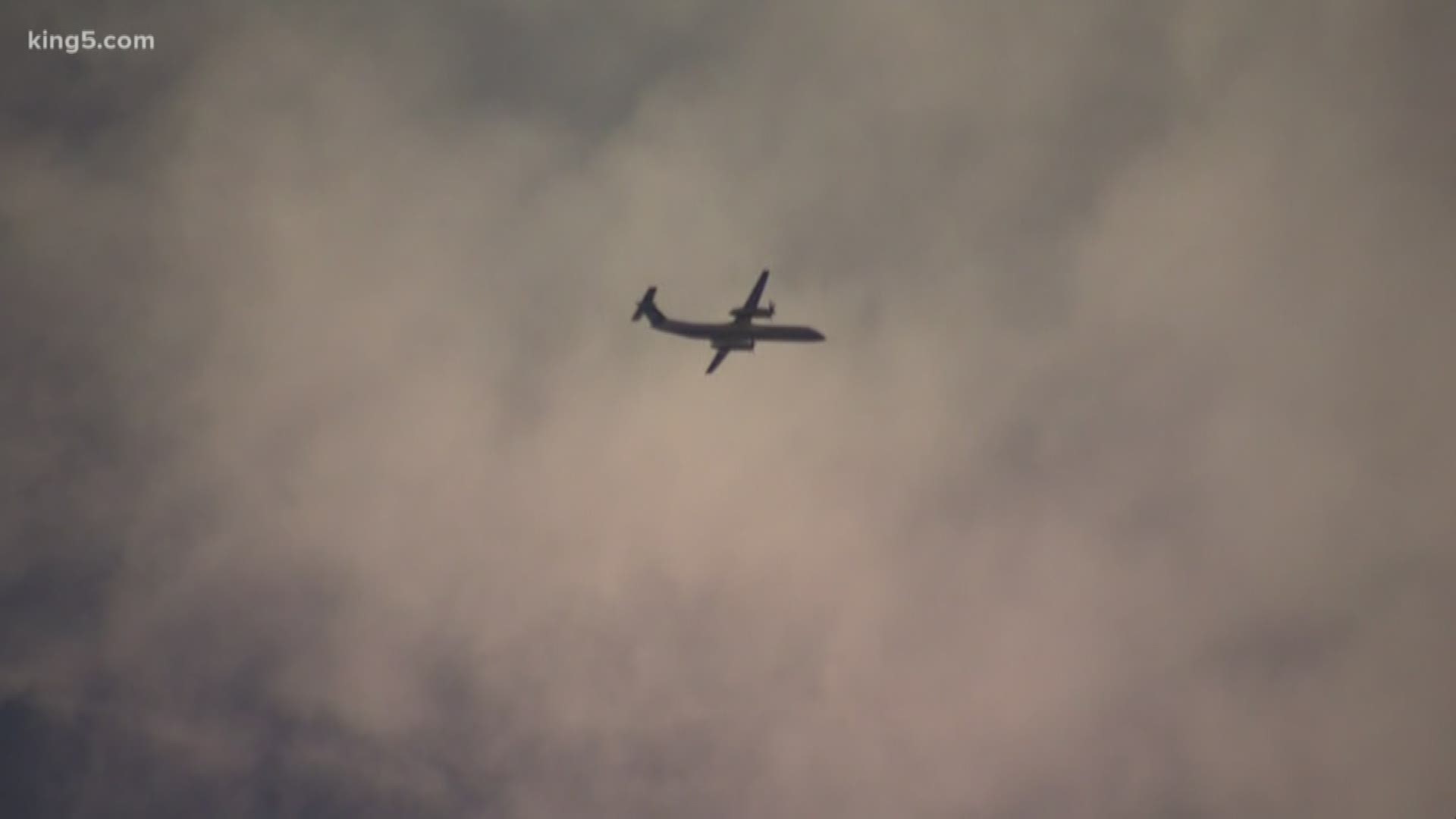 BURIEN, Wash. — Call this a win for the little guy. The City of Burien won a victory in its lawsuit against the FAA regarding a flight pattern city officials say puts 60-70 planes overhead per day.

The United States Court of Appeals for the Ninth Circuit handed down a decision this week in Burien’s favor. Lawyers are sorting out exactly what the decision means and hope to have a better explanation in the coming days.

Burien Mayor Jimmy Matta briefly addressed the decision Monday night at the council meeting, calling it a “David and Goliath” kind of situation.

“This time I think David ended up being sustained in court,” Matta said after people applauded in the council chambers.

The legal battle involves a flight pattern known as the “Burien Turn” that involves planes leaving Sea-Tac turning over the city dozens of times every day. The lawsuit was initially filed by a group called the “Quiet Skies Coalition.” The City of Burien eventually took it over.

“Wow. I come here before you three-and-a-half years after I first came and complained about the turns over the city and we've been through a lot together,” he said.

Cripe said people told him the lawsuit was going to be a “waste of money,” but he knew he had to try, especially because of concerns over the environment and safety.

“Even to this day, we feel it's unsafe turning at such a low altitude and coming into the city,” he explained.

Lawyers are going through the decision to figure out what's next. Cripe believes they might need to try and deal with what's known as the Sustainable Airport Master Plan, a sort of blueprint for how the airport will meet future demands.

"In some ways, the fight has only begun. We won the first battle - we have bigger battles to fight,” Cripe said.

The FAA declined to comment on the ruling from the Court of Appeals.