A couple from Burien died in a plane crash shortly after takeoff nine miles southwest of the Missoula, Montana, airport. 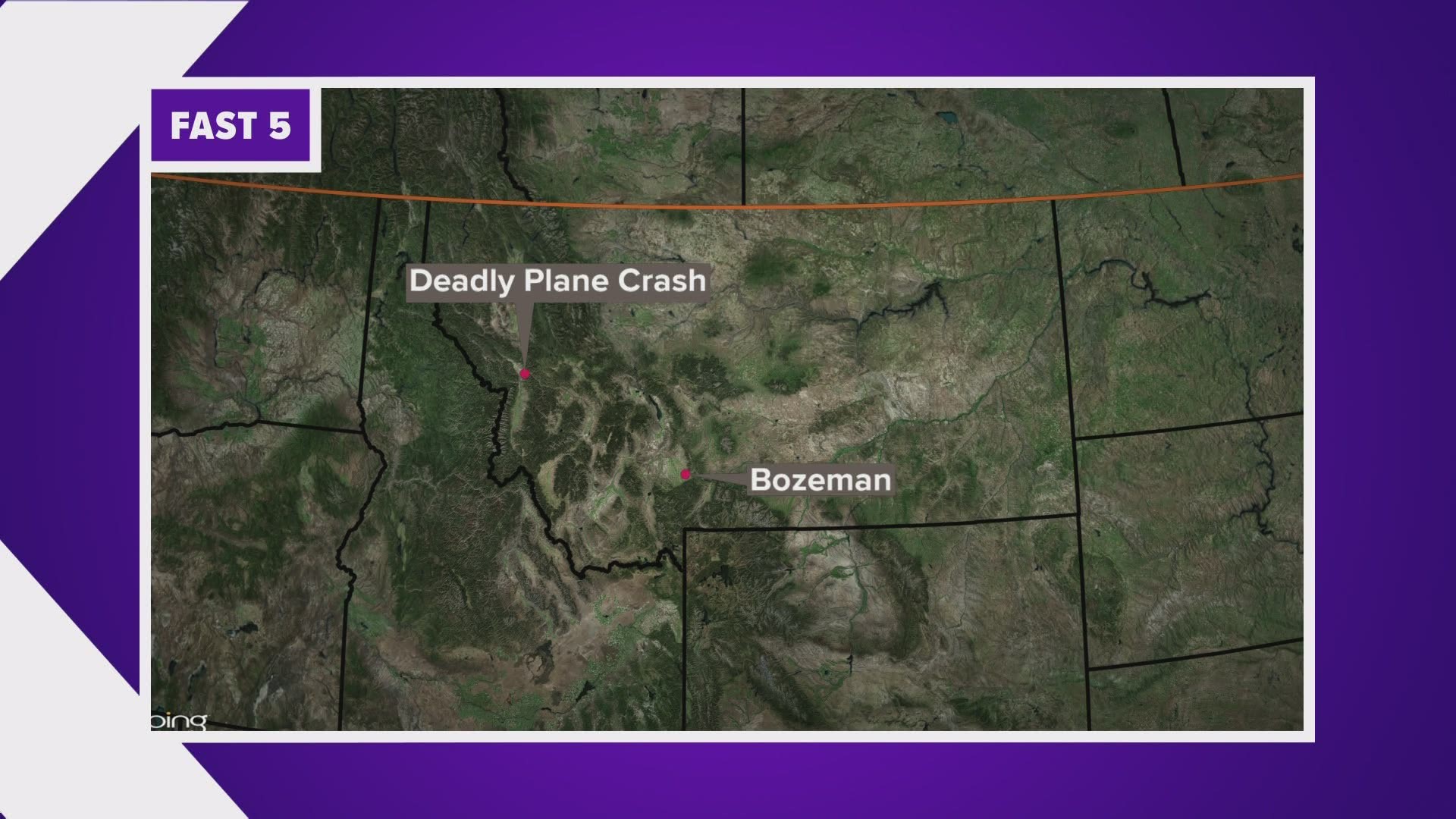 MISSOULA, Mont — A couple from Washington state have died in a plane crash in western Montana.

The National Transportation Safety Board (NTSB) said the airplane crashed Thursday afternoon about nine miles southwest of the Missoula airport shortly after takeoff.

The NTSB is investigating the cause of the crash. Federal Aviation Administration records show the plane involved was a single-engine, four-seat Cessna 172.