The signs say "Seattle politics are bad for Burien" next to two symbols that Burien Mayor Jimmy Matta claims are tied to white supremacy. 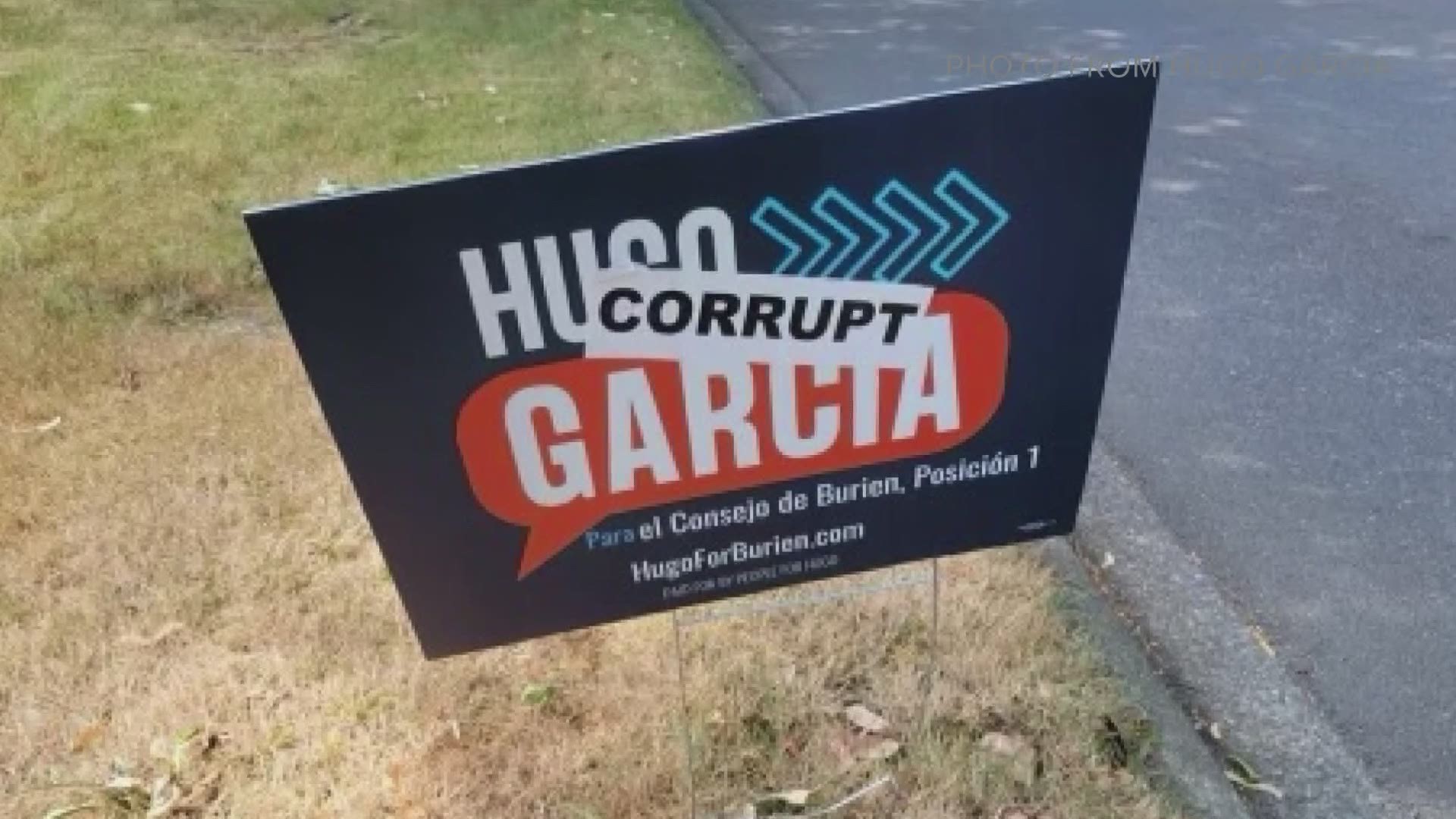 BURIEN, Wash. — Candidates for Burien City Council are denouncing signs posted across the city that include their names next to symbols they say represent white supremacy.

"This is not something that I take lightly. I'm speaking about it and we're going to defend democracy in this town," said Burien Mayor Jimmy Matta who is up for re-election.

The signs were posted anonymously overnight. They're colored red, say "Seattle politics are bad for Burien" and include an image of a raised first and lightning bolts, which Matta believes are Nazi SS lightning bolts. The signs ask people to vote against four candidates, Jimmy Matta, Hugo Garcia, Sarah Moore and Krystal Marx.

The signs were found posted along 152nd Street.

Matta is the city's first Latino mayor. He worries the signs could scare people from voting. However, City Council Position #5 candidate Sarah Moore believes residents are looking past the sign's divisive messaging.

"Members of the community started taking them down," said Moore. "As much as those signs are disturbing, they are filled with hate imagery... I saw a lot of people rejecting them, ignoring them and being part of the democratic process."

In 2018, Matta was the victim of a racially charged assault. That suspect was convicted of assault in the fourth degree in 2020.

Matta has called for a federal investigation into the vandalism of the campaign signs. In Washington, defacing a lawfully placed political sign without authorization is considered a misdemeanor crime. He says a $2,000 reward is being offered for information that leads to an arrest.