Lake Burien Presbyterian Church in Burien is taking a bold step and exploring issues around racism in a new exhibit. 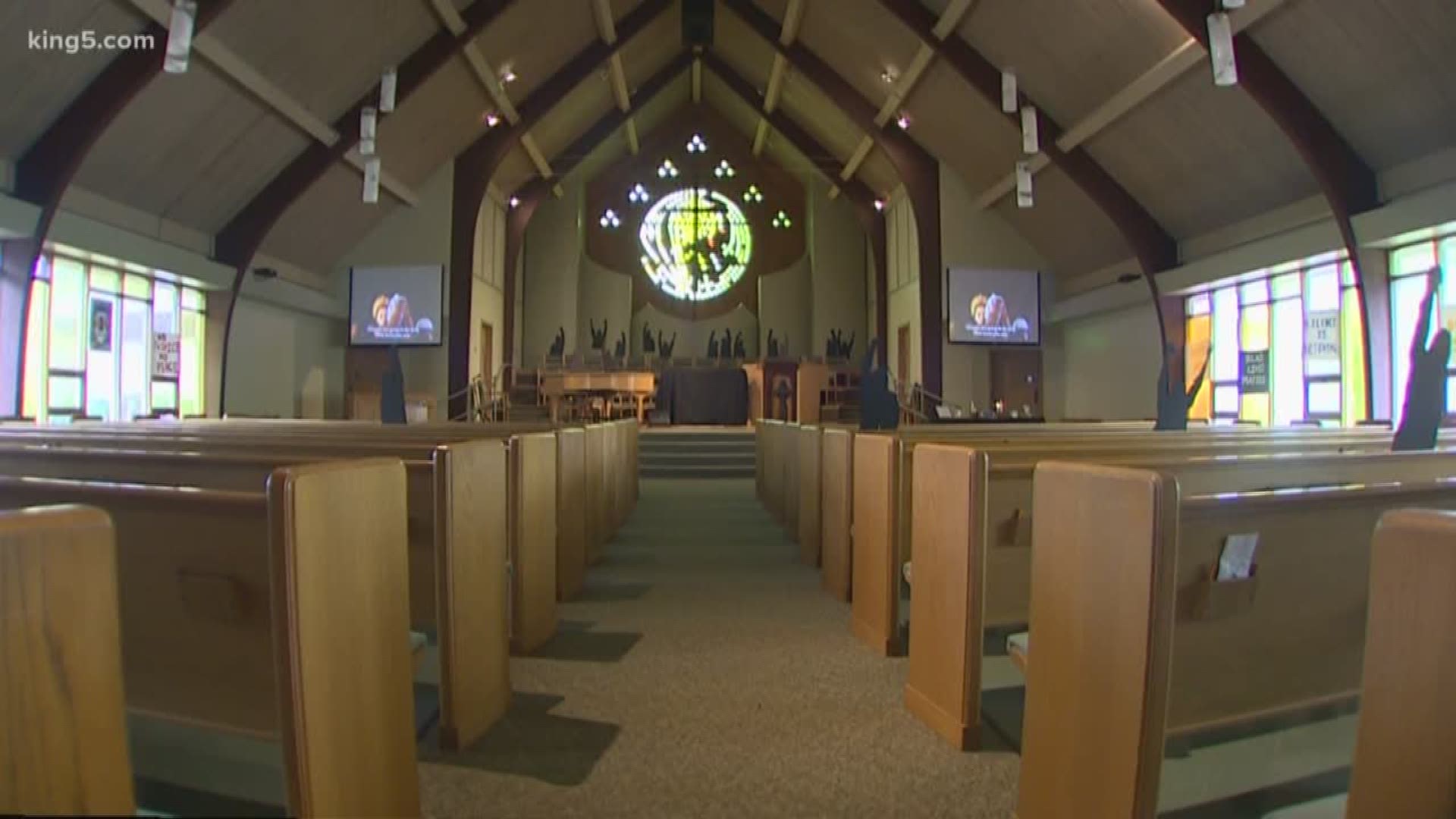 BURIEN, Wash. — A Burien church is taking a bold step and exploring issues around racism.

The Lake Burien Presbyterian Church opened their doors to the entire community for an interactive exhibit that traces our country's history back to slavery.

The exhibit is called “In Our Shoes” to show the history of slavery in America and its links with current problems for members of the African-American community.

“The work we've been doing here at Lake Burien Presbyterian Church has been looking at anti-racism work," Ed Yoshida explained.

It's a journey that took them across the country. A pilgrimage into four southern states and through our civil rights past.

About 30 members of the church went on the trip and when they returned, they decided to pair the historical information with their reflections.

“One of the outcomes I would like to see is more people become aware of what's happening and the history of what's happened particularly to the African-American population in the United States."

“A really big thing that I've heard a lot of is I didn't learn that in school,” church member Darwin Paet explained. He said he’s still processing everything from their trip but was deeply impacted by the life of Dr. Martin Luther King Junior.

“The Montgomery Bus Boycott; when he was asked to organize that, he was 26. That's how old I am and it kind of made me feel like, 'What the hell am I doing with myself?'” he said. “And through conversation, I've come to realize everyone is called in their own way.”

16-year-old Lia Makasini said there was so much history she had never heard before and the videos and information left her in tears. “I feel like they don't talk about all of it."

She hopes to help by becoming a police officer. “I think I'm passionate about helping others and if I become a police officer I try to break stereotypes about what people think of them.”

The exhibit ends by highlighting the current struggles of the African-American community. The church hopes it's just the beginning of a new way forward.

“You end up with the questions: 'So what can I do?' I think each of us can do something different wherever we are and look at and challenge the systems that are in place now,” Yoshida explained.

Learn more about "In our Shoes" here