The City of Burien will spend two weeks deciding how to help low-income residents find housing after their apartment complex announced evictions in order to make necessary repairs to dilapidated buildings. 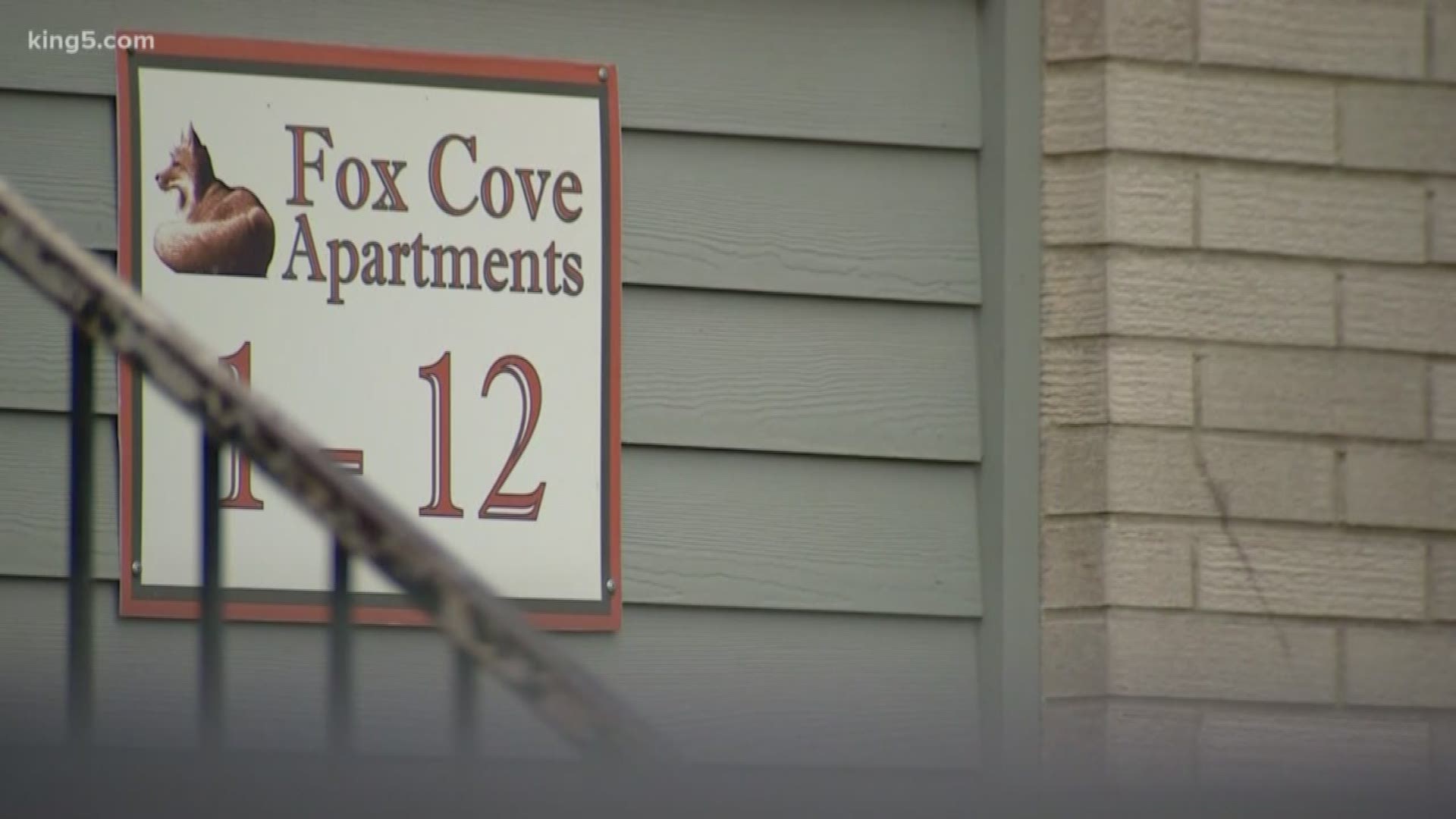 A packed house at the Burien City Council Monday as dozens of residents facing eviction asked the city to intervene. The Fox Cove Apartments were recently sold and the new owners have given some residents until the end of the month to get out.

The building was recently purchased and the new owners say they want to fix the buildings and bring them up to code. To do that work, all residents will eventually be forced to move out during renovations.

At one point, the city considered giving every household in the 36-unit complex $3,000 in relocation assistance. Instead, the city decided to wait and ask city staff to figure out where the money would come from and find a non-profit partner to help administer the assistance. They're also moving forward on an idea to require landlords to give tenants 90 days notice if they want to evict tenants for reasons other than non-payment.

The next council meeting is set for October 15. Fox Cove residents who packed the meeting were frustrated as they left, saying they can’t wait two more weeks to find out if they’ll get assistance.

The complex has been plagued by maintenance problems for years; residents said they’ve dealt with everything from mold to broken appliances. The dilapidated conditions meant that rents were below traditional market rates.

When the renovation work is complete, the rents will likely be closer to traditional market rates. Many of the residents are low-income and say they probably will not be able to afford those.

The work is being done six units at a time and residents from those first six apartments must be out by the end of October. The King County Housing Authority confirms there is a shortage of low-income housing and finding spots on that time frame could be challenging but they are trying to help families that are impacted.