Dozens were hurt when a stage barrier collapsed at Seattle's Bumbershoot music festival late Saturday night, resulting in a trample effect in the crowd. 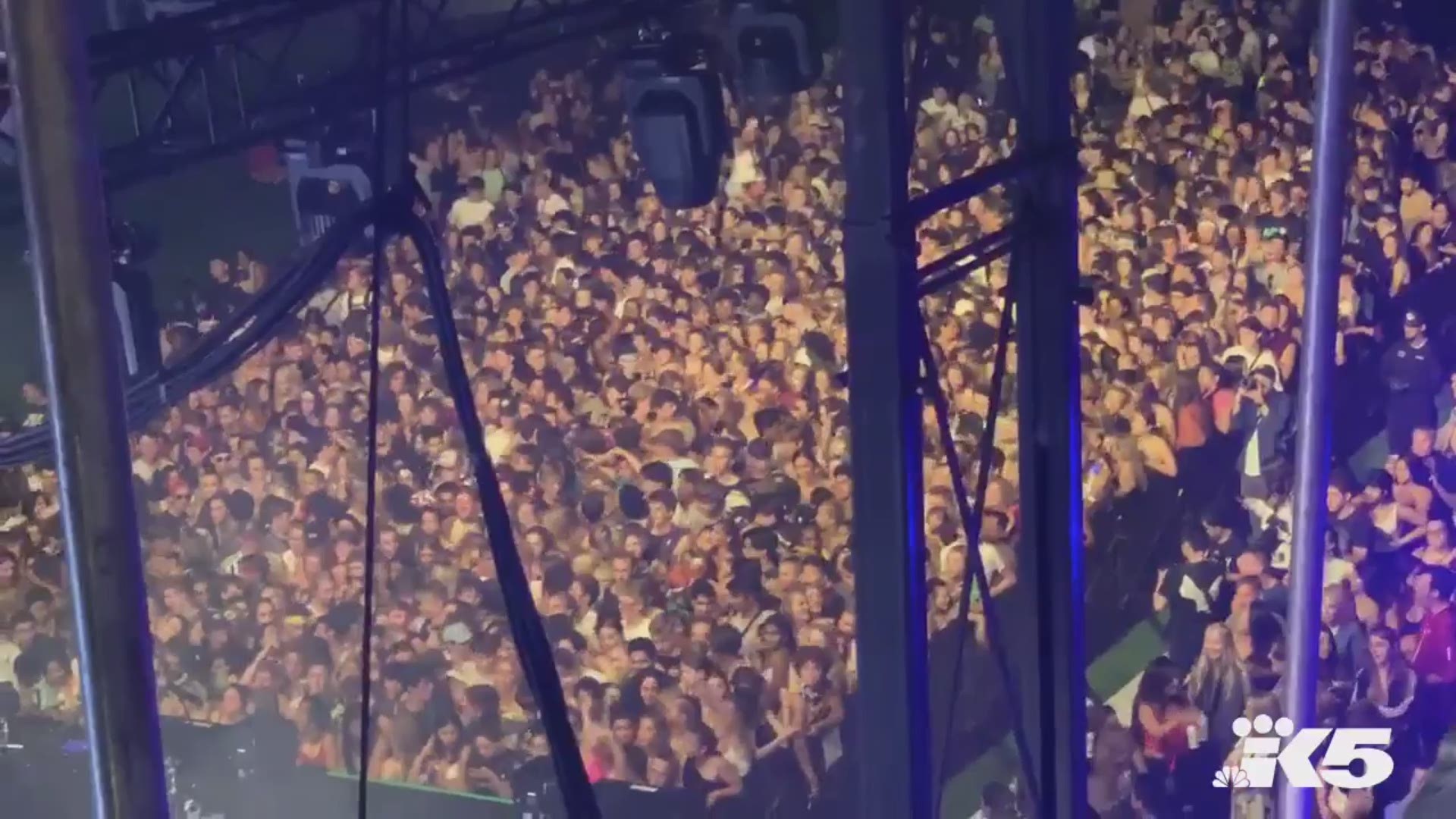 SEATTLE — Video captured the chaos when a barricade collapsed during a performance at Seattle's Bumbershoot music festival late Saturday night.

Cell phone footage shows a crowd of fans starting to sway and scream before artist Jai Wolf played the Fisher Green stage at the Seattle Center.

When Jai Wolf greeted the crowd, people surged forward, causing a 4-foot steel barrier to collapse. Fans in the front were knocked down and trampled as more people rushed forward.

Around 3,000 people were in the crowd, Seattle Fire Department spokesman David Cuerpo told the Associated Press.

Four people were taken to Harborview Medical Center, where they were treated and released. The fire department said they evaluated approximately 25 people for injuries at the venue.

Cindy Raley recorded the footage from a nearby balcony after she noticed the crowd getting rowdy.

"There was a lot of surging and mini mosh pits before he even came out," Raley said.

The scene turned chaotic after the barrier collapsed, and fans were pinned to the ground. The music set stopped and lights were brought up. Footage shows a throng of people at the front of the stage, urging others to move back.

Ethan Lee and his friends came back to Bumbershoot Sunday despite being knocked down in the incident Saturday night. Lee said it didn't seem like security was trying to control the crowd.

“There were no measures to prevent overcrowding, especially in mosh pits when people are trying to make space and people get, like pushed in, it's kind of scary,” Lee said. 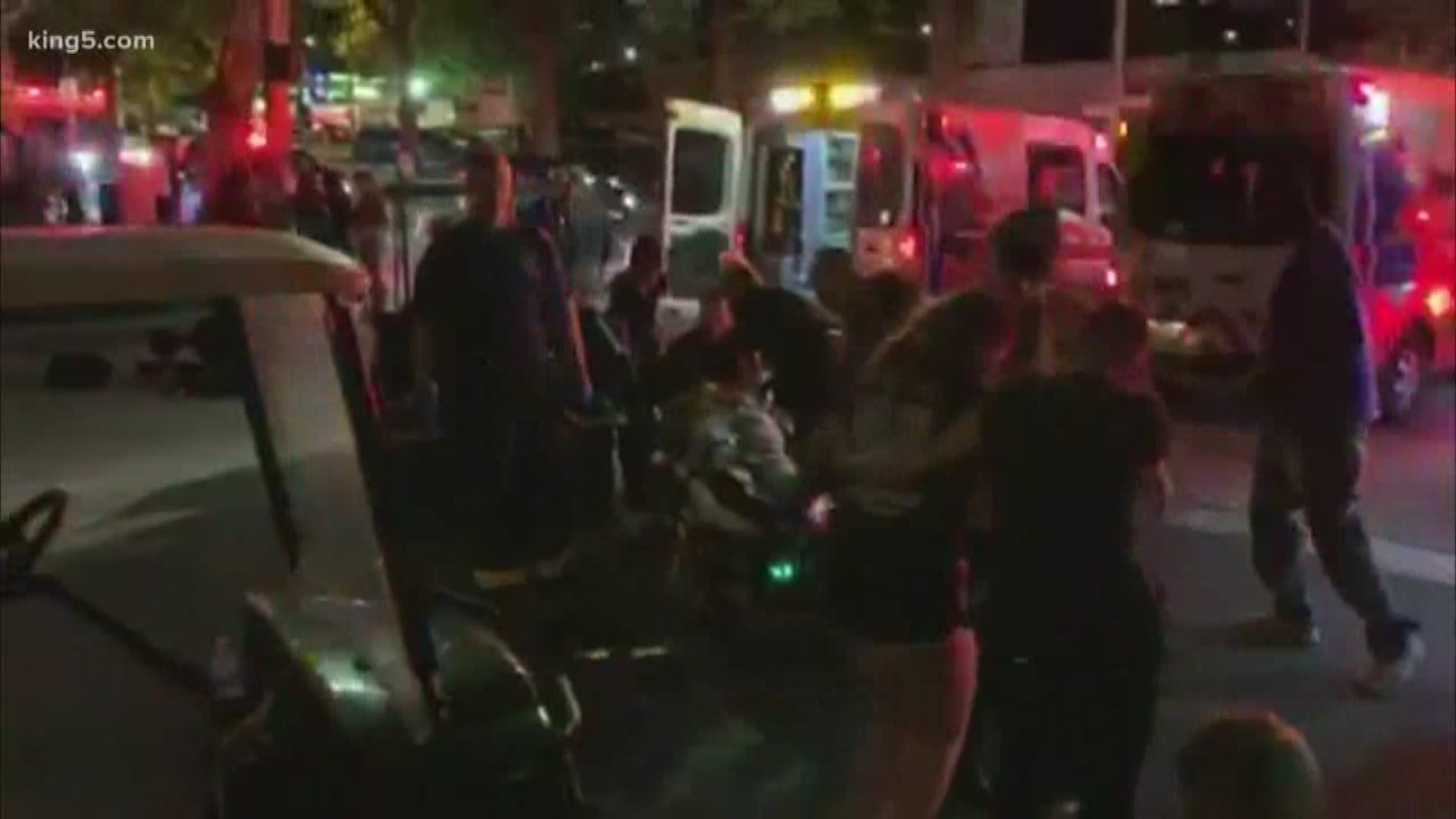 The music set was canceled after the barrier collapsed Saturday. The Jai Wolf announced was rescheduled to perform Sunday night at the larger Memorial Stadium.

Bumbershoot officials said they installed a new barricade at the Fisher Green Stage and honored Saturday tickets at Sunday's performance.

The festival released the following statement Sunday, "Safety is our top priority at Bumbershoot, and we have been working closely with police, medics, and security to ensure tonight is a great evening for fans."

A spokesperson for Seattle Center said they plan to meet with staff on Tuesday to debrief Saturday's incident. Center officials said they will stop using that style of barricade until they complete an investigation into the collapse. 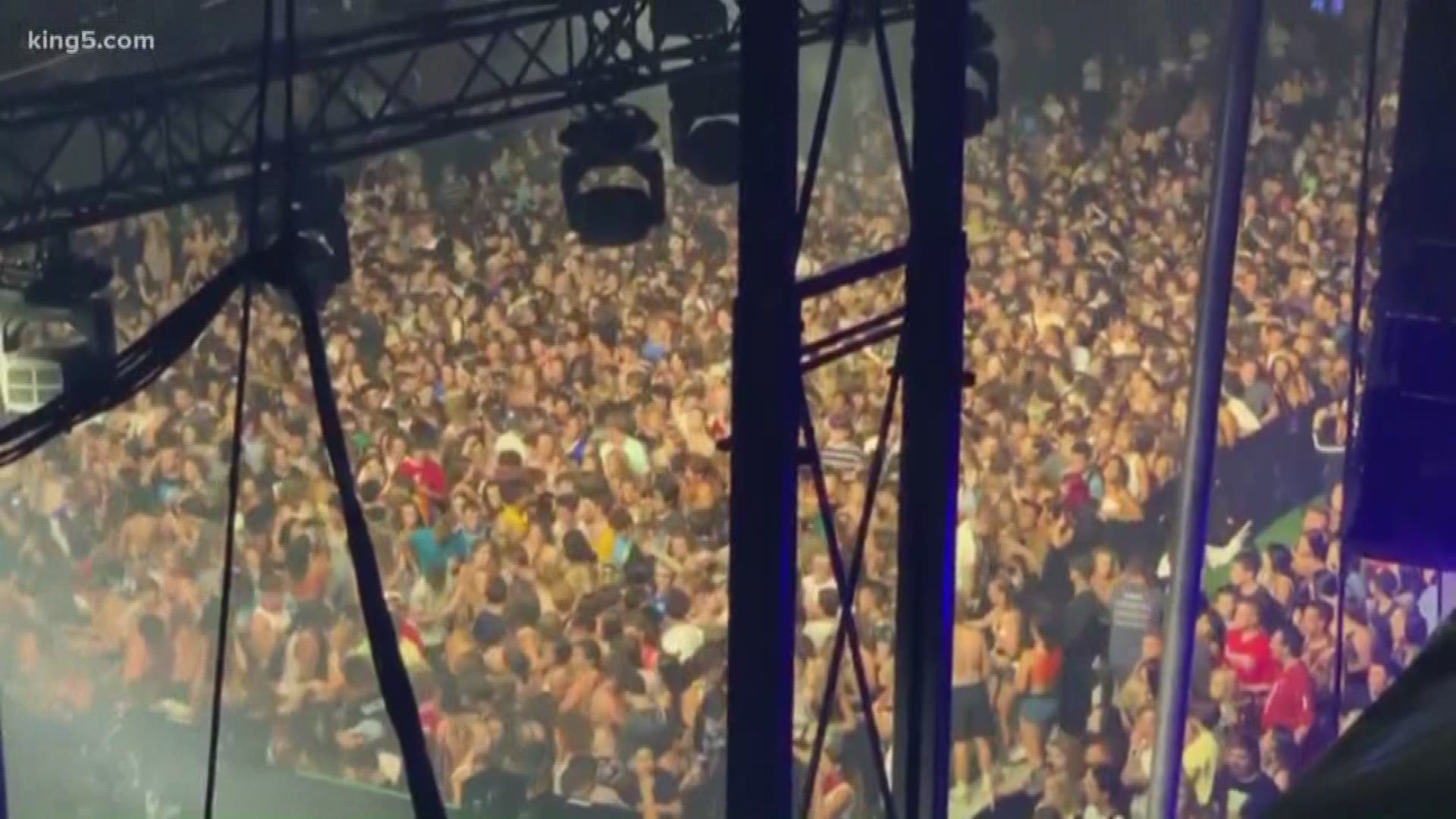 Early reports on Saturday indicated a sign had fallen on multiple people, rather than a barricade collapse. 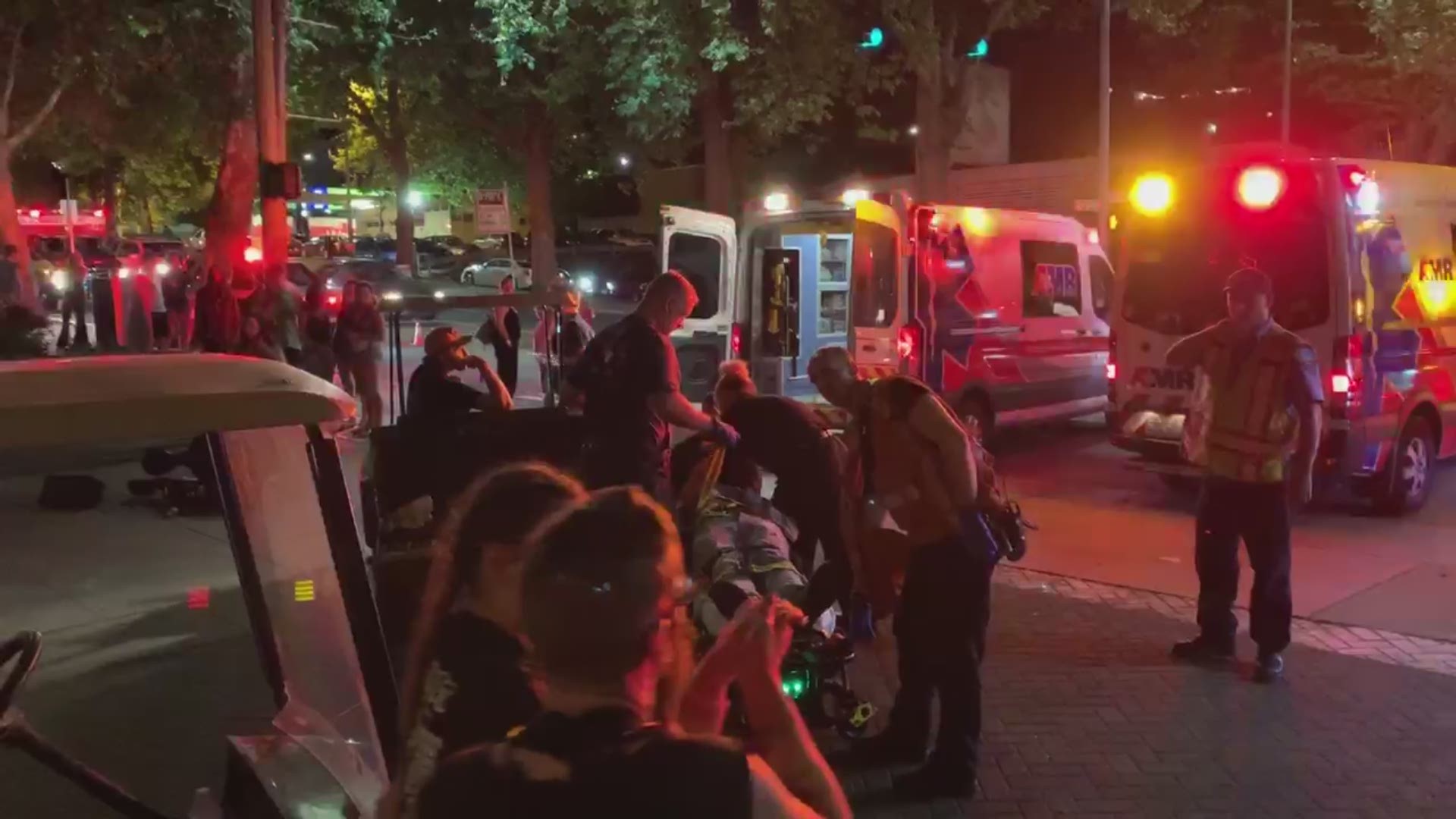