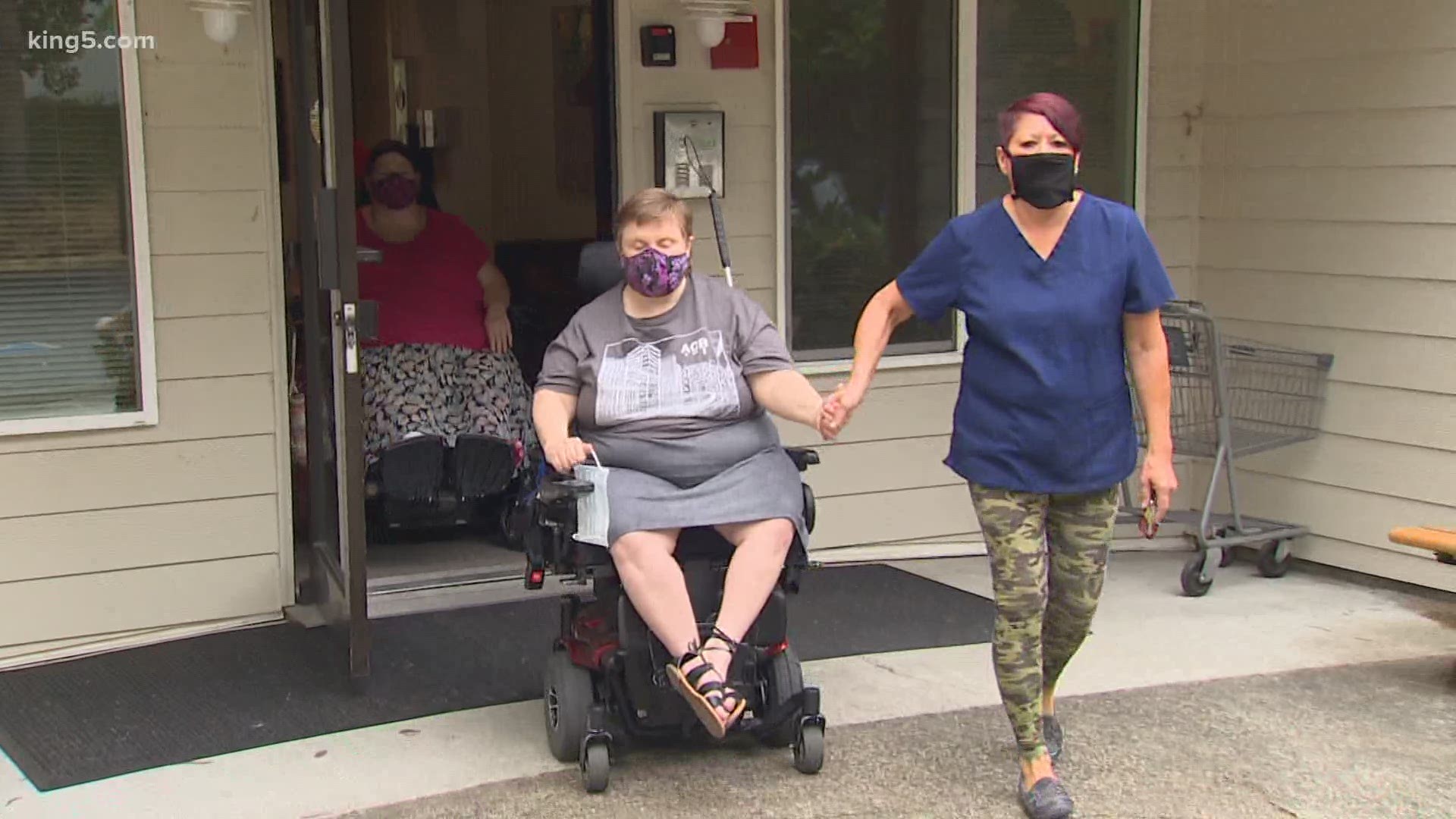 TACOMA, Wash. — Caregivers who look after seniors and the disabled fear state budget cuts could put them out of work and send their clients to nursing homes.

With the state facing a $4.5 billion deficit in the current budget cycle, Washington Gov. Jay Inslee directed state agencies to look at what a 15% budget cut would do to state services.

Pete Ansara, C.E.O. of the Korean Women’s Association, fears state cuts could mean one-third of its caregivers could be laid off.

He said without caregivers, more clients would end up in nursing homes, costing families — and the state — more in the long-term.

“This is the best deal for Washington taxpayers,” Ansara said. “It keeps people independent.”

Sarah Howe, who is blind and in a wheelchair, considers her caregiver, Terry Kriessler, a friend.

She fears she’d go to a nursing home without Kriessler preparing meals and cleaning for her.

“I don’t want to go to there, I can’t,” said Howe, holding back tears.

Inslee, also a Democrat, has not backed the tax publicly but said the state is still recovering from relying on using only cuts to balance the budgets during the Great Recession more than a decade ago.

Some lawmakers have suggested Inslee call lawmakers back for a special session ahead of the regularly scheduled session in January.

Inslee said this week that the state could rely on reserves, and he hoped federal aid would enable state lawmakers to deal with the budget next January.