Brendon Nepon was last seen Sunday near the Snow Lake trailhead. He may have been hiking to Gem Lake with his dog. 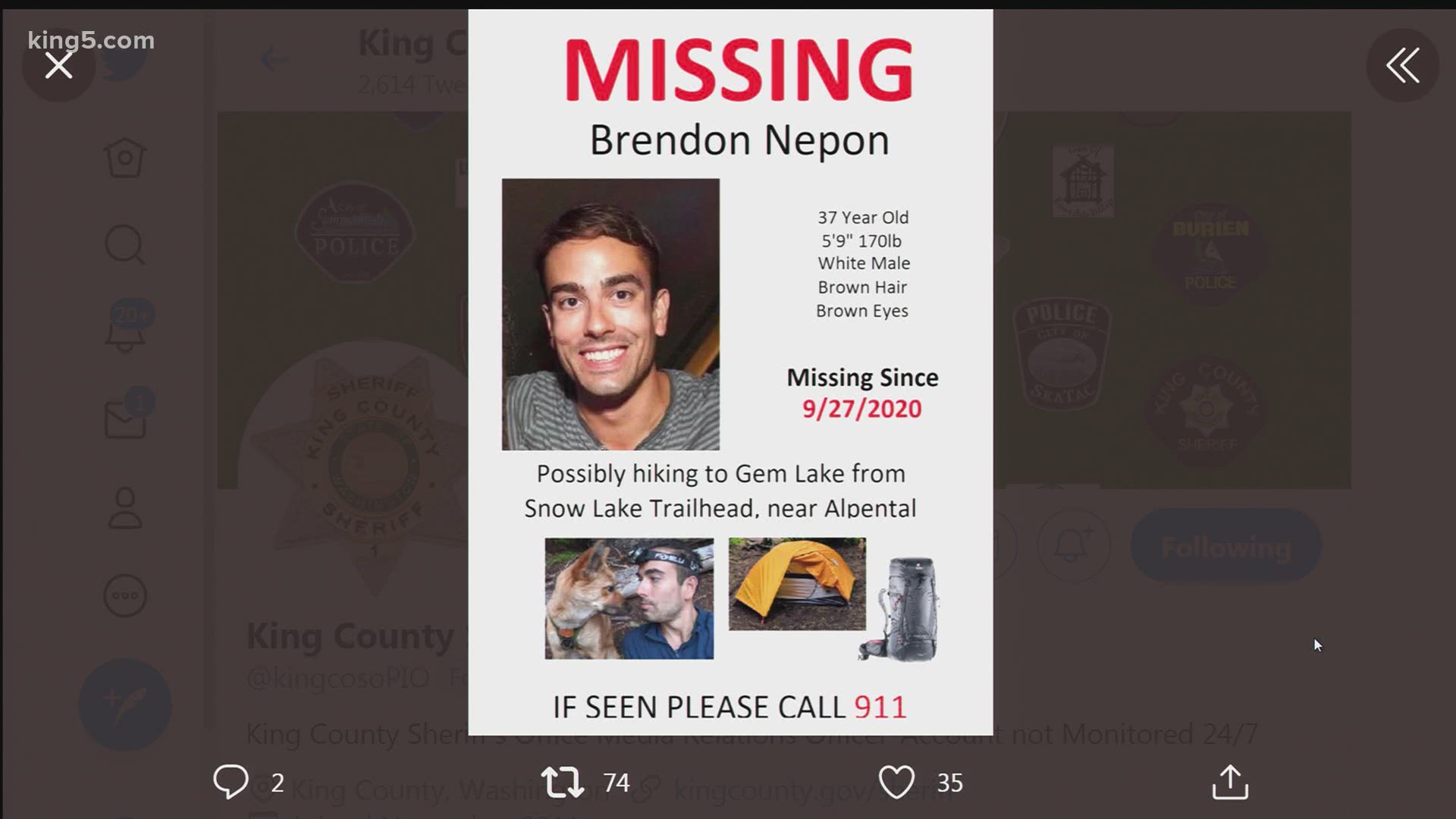 Search and rescue crews will continue to look for an overdue hiker near Snoqualmie Pass on Wednesday.

Brendon Nepon, 37, was last seen Sunday near the Snow Lake trailhead near the Alpental ski area. Nepon was hiking with his dog, possibly to Gem Lake, according to the King County Sheriff’s Office.

Nepon has brown hair and brown eyes and is 5-foot-9 and weighs 170 pounds.

It has been an unprecedented year for search and rescue teams as more people head outdoors during the pandemic.

Earlier this month, King County search and rescue teams said they have responded to 450 calls for help and estimated teams could see between 650 and 700 calls by year's end. As of Sept. 5, Snohomish County teams had responded to 330 calls.