The fire, believed to have been accidentally caused, damaged six apartment buildings. Neighbors came together to help one and other during the fire. 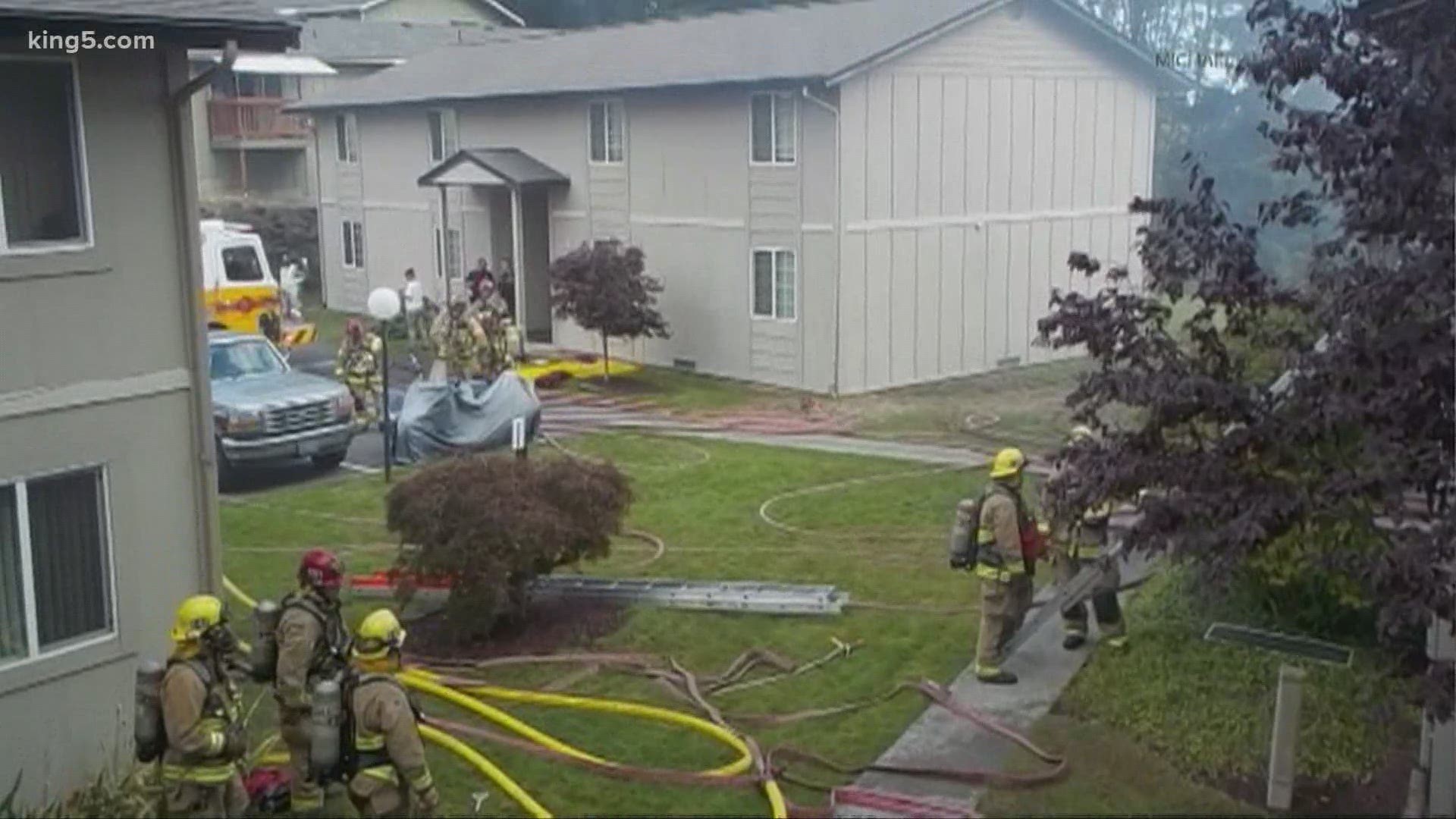 BREMERTON, Wash. — Investigators are looking into the cause of an apartment fire in Bremerton that sent one woman to the hospital.

The fire started just before noon Sunday on Trenton Avenue near E. 16th Street, according to fire officials.

Six units were impacted and the Red Cross is trying to help those who were displaced.

Neighbor Charles West said initially he saw smoke coming from the building but went to the back and realized the fire was significant.

"You could just see the flames erupting from the roof towards the back," he explained.

Neighbors called 911 and helped get each other out as flames consumed the building. Firefighters believe it started in a downstairs unit and then moved quickly.

“When we got here, we had at least two apartments involved and it spread up into the attic space and when that happens, with these older apartments which has a common attic, it spreads very quickly,” he explained.

One woman suffered serious burns and was airlifted to Harborview Medical Center in Seattle. Several residents ran outside without time to grab anything.

"She came out with her socks on and we got her a pair of slippers and some water,” West said, pointing at one neighbor.

The fire department said some of the smoke detectors in the building went off, but there were several that didn't trigger and it's an important reminder to check all of them to make sure they're working.

The cause is believed to be an accident, possibly by someone cooking.

People in the complex are now concerned for their neighbor in the hospital and those who can't return home, but say they were glad to see everyone come together in that moment of crisis.

“We still have our masks on but when push comes to shove, you have to help those you care about,” West said.