The boat will be undergoing maintenance, upgrades and improvements at Naval Base Kitsap. 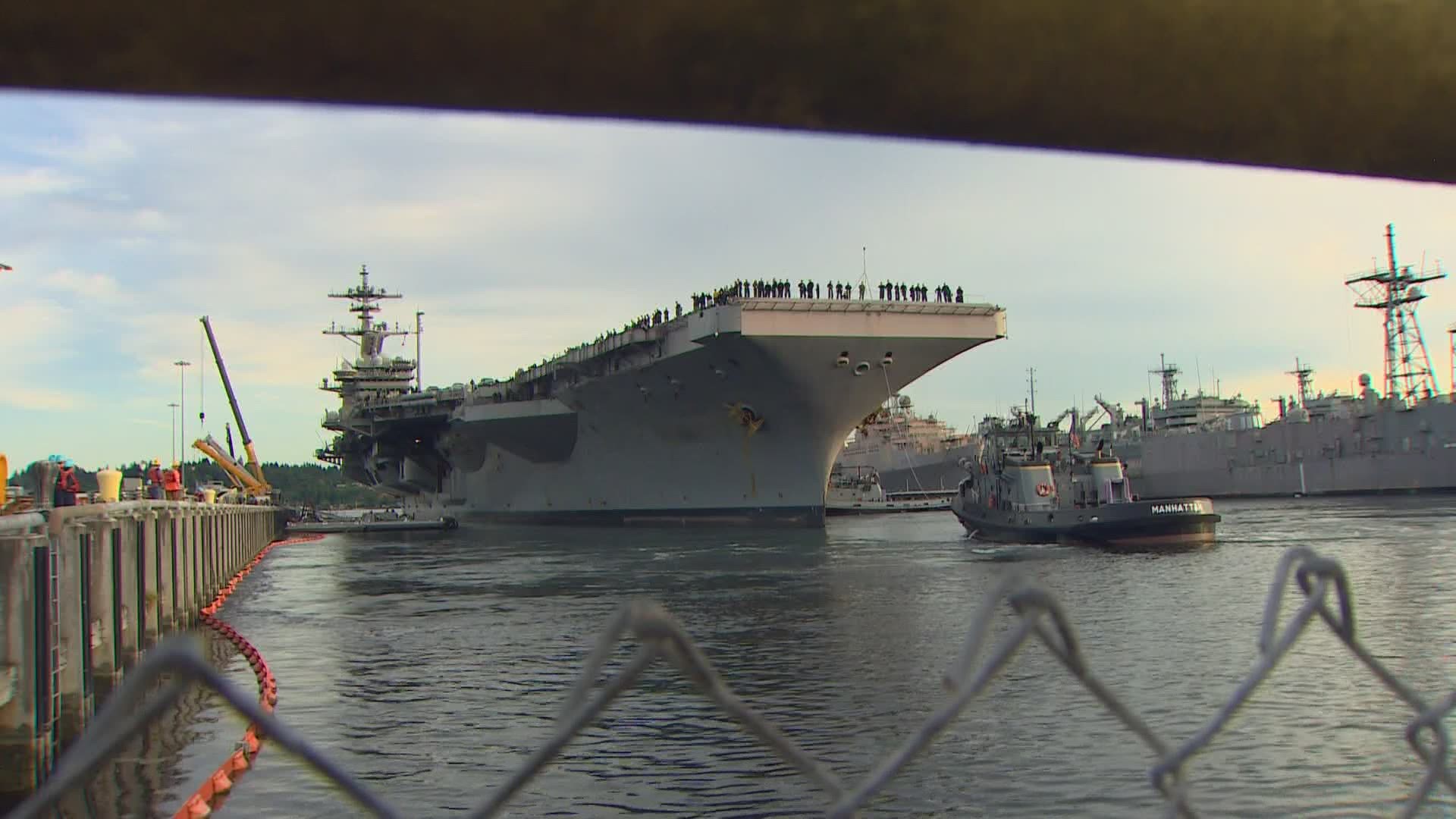 BREMERTON, Wash. — The USS Theodore Roosevelt, along with 2,500 sailors and their families, are calling the Puget Sound their new home for the next year and a half.

The Nimitz-class aircraft carrier sailed through the Sinclair Inlet in Bremerton Thursday evening as spectators watched it glide by.

The carrier will be docked at the Naval Base Kitsap to undergo upgrades and improvements to its self defense systems, as well as refurbishments to the ship’s hull, rudder and other parts.

“The ship is designed to serve for 50 years and this maintenance is an essential part to support that ship for that duration,” said USS Theodore Roosevelt Captain Eric J. Anduze.

The carrier was previously stationed in San Diego since 2015. It returned stateside in May after a six-month long deployment in the Indo Pacific region.