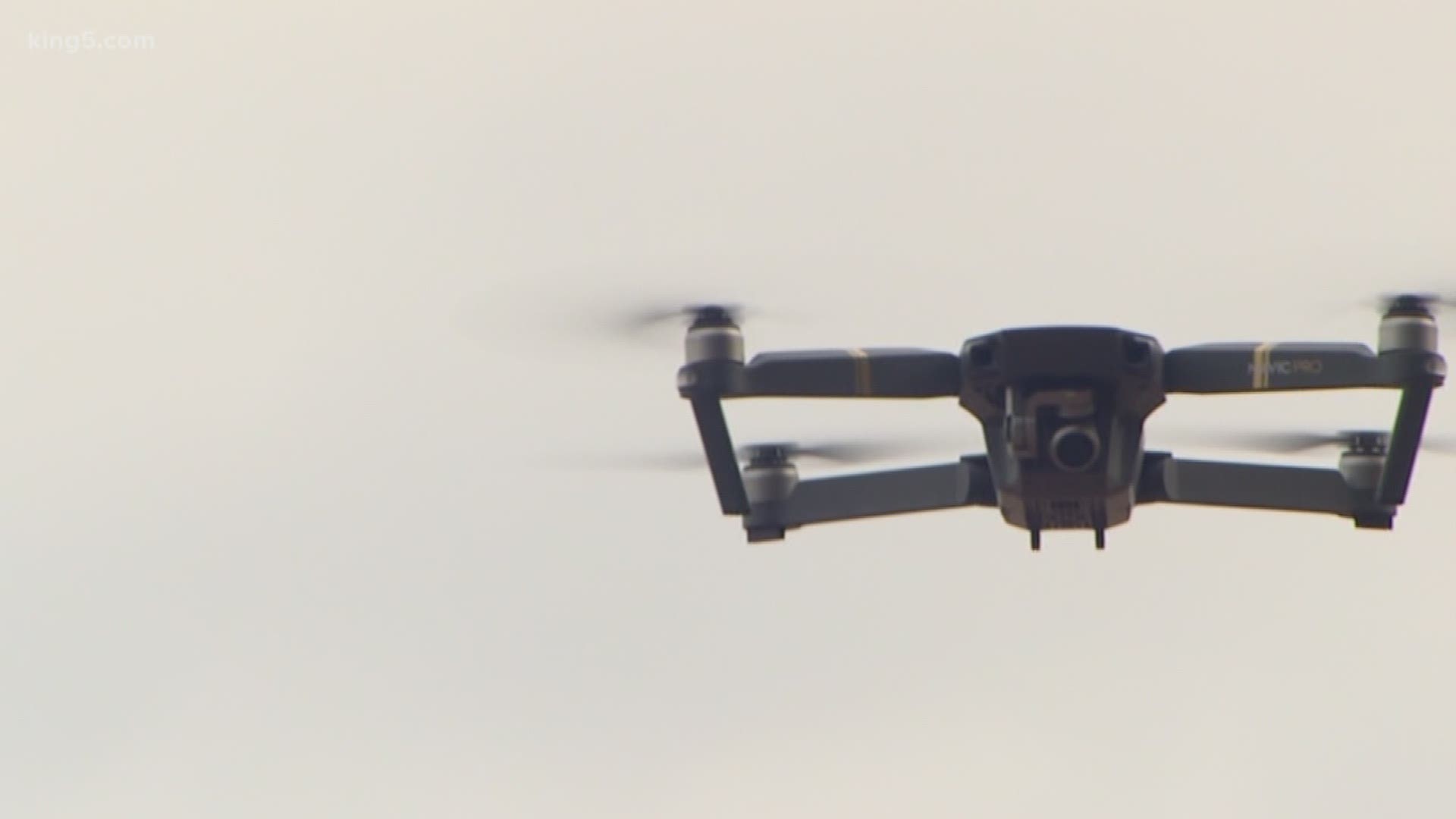 Deputies investigating a collision between a car and a motorcycle on Viking Avenue on a busy afternoon in mid-March were able to reopen the roadway within minutes, thanks to a popular tool now being enlisted by law enforcement: a drone.

Previously, they'd had to resort to setting up an hours-long investigation.

"We stopped traffic for three minutes, instead of shutting down the road for three hours," said Sheriff's Lt. Earl Smith.

It was a test for the sheriff's office's new drone program, which leaders believe will revolutionize crime scene investigation. The flying camera will cut down on the time it takes to document an area and allow the collection of better evidence. In the crash, for example, sheriff's deputies were able to collect millions of points of photographic data — far more than what's possible with a point-and-click camera.

"This is a tool to help us do the job more efficiently," Smith said.

The sheriff's office joins the Washington State Patrol in deploying drones for investigations in Kitsap County. Kyle Moore, WSP spokesman, said drones have been used primarily for collision investigations around the state — including last fall's Amtrak crash in Dupont — and that they'll see increasing use statewide.

Seven Kitsap deputies have trained with the technology and earned the Federal Aviation Administration's Part 107 certification to fly the drones. The drones were purchased from Costco. Out the door, each drone and its handling equipment cost about $1,500 apiece. Deputies wanted something that could do the job but also that could be replaced easily.

"We want people to know we're being responsible, and conscientious," said Sgt. Dan Twomey, one of the trained drone pilots. "We're not just going out there flying a toy."

Beyond investigating crashes, the sheriff's office could fly the drone inside a home (through an open door or window) with a barricaded suspect before sending tactical officers. Deputies understand the result could mean the destruction of the drone by someone inside.

Deputies say the technology doesn't give the office the ability to skirt search and seizure rights. Judicial warrants, or permission from property owners, still must be obtained. They view the unmanned aerial system like they would a helicopter.

"The word drone gets some people excited," Smith added. "But it's a tool to make us more efficient."