A Bremerton man says his Trump/Pence campaign sign started as a joke but now wants to keep it as a matter of principle. 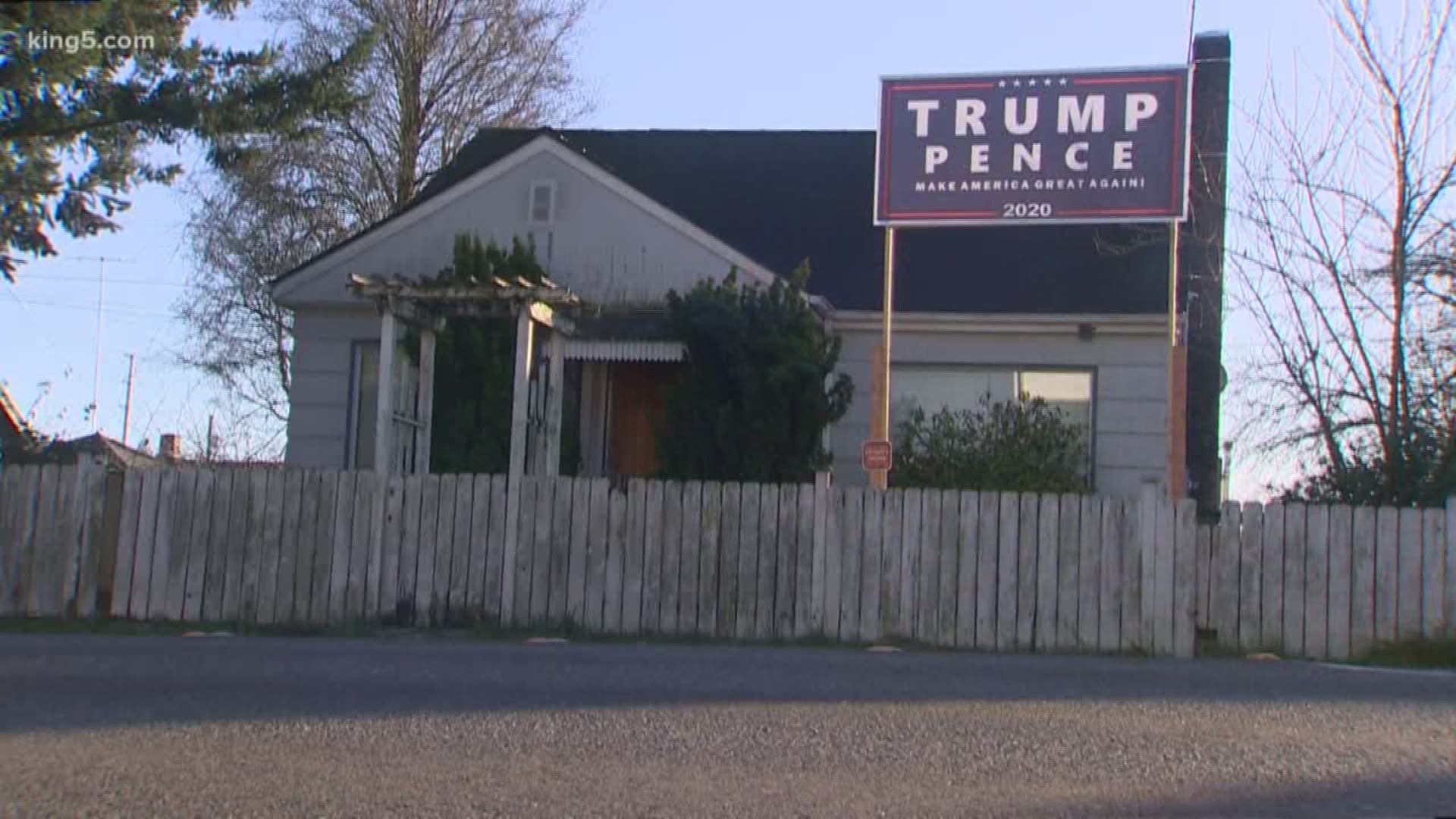 BREMERTON, Wash. — A Bremerton man feels frustrated after the city warned him a sign in his front yard doesn't meet city code. He believes it's what's on the sign that has some people feeling uncomfortable and says this is about free speech.

Kevin Chambers says it started as a joke when he left town for work and a friend threatened there would be a sign in his yard when he got back. When Chambers returned home in November a wood-framed "Trump/Pence" campaign sign was front and center.

“I’m more of a Democrat than I am a Republican. I'm not a Trump supporter, and I thought he was being funny,” Chambers said.

Chambers laughed and planned to take it down. Things changed when someone showed him a message from a community group where people said they wanted it gone and talked about throwing eggs at his house.

“I decided at that point I was going to leave it up,” Chambers said. “My plan was when the Democrats named a ticket I was going to put their sign on the other side and just put them both up.”

Credit: KING
Kevin Chambers of Bremerton has received pushback from the city over a Trump/Pence sign that was posted in his front yard.

Graffiti taggers came first, and that’s when Chambers expected his buddy to take it down, but he jacked it up on stilts, and then came a letter from the city.

“City code is it can't be more than 6 feet above the ground. Well if I have a 4-foot fence and I'm only allowed to go 6 foot that means I can only have a 2-foot variance above the fence,” he said.

One night a week Chambers works on a radio talk show on a conservative radio station in Kitsap County and says this has turned into an issue of principle. He wants more people to be able to talk about these issues and engage in constructive dialog.

Chambers plans to talk with the city about getting some sort of dispensation to keep his sign.

A letter from the city said he had until January 21 to make adjustments or face "penalties and fees."