A former Bremerton police detective was accused of stealing cash while serving a narcotics search warrant in February 2019. 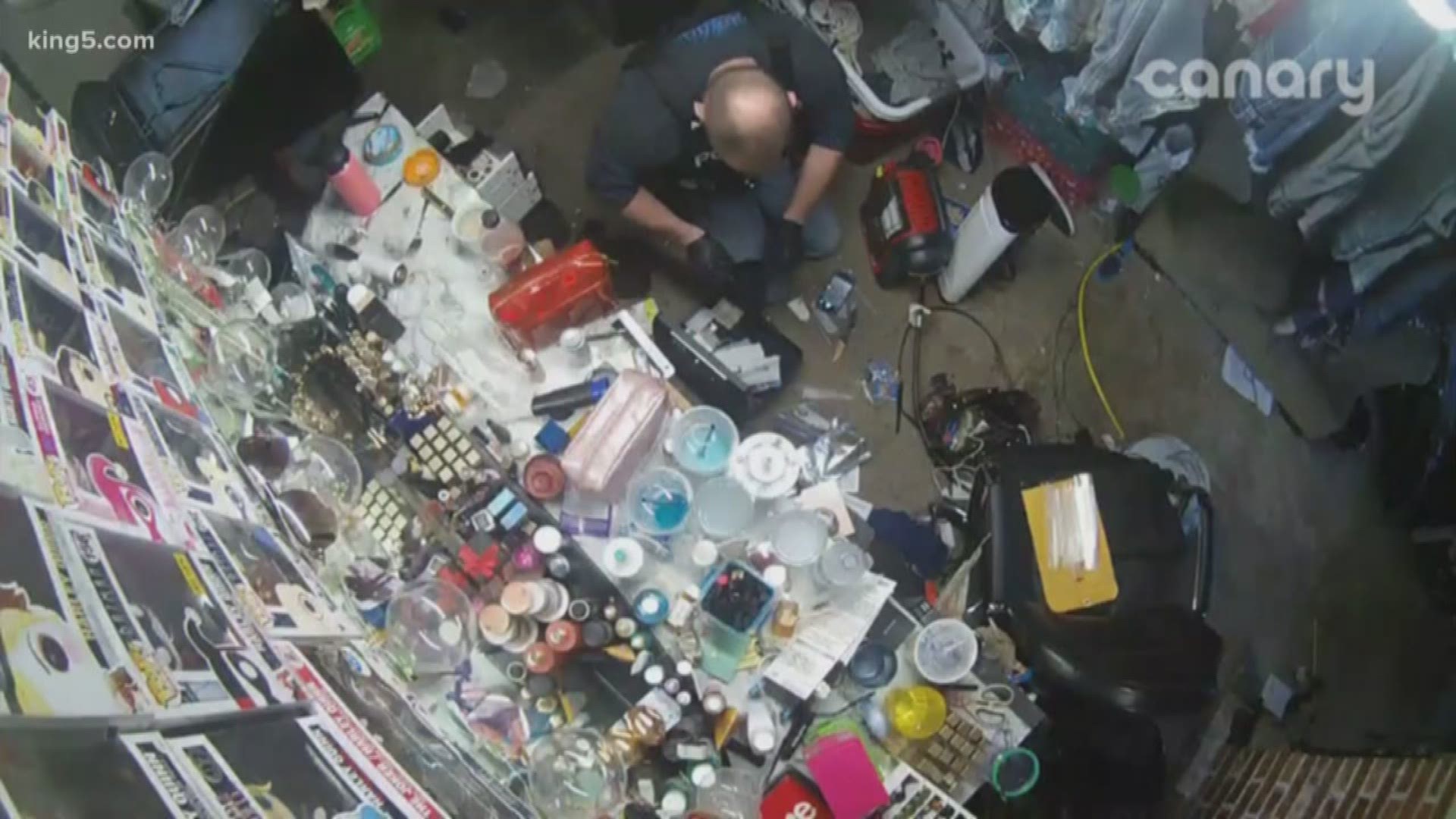 BREMERTON, Wash. — A Bremerton police detective resigned Saturday after he was accused of theft during a narcotics bust.

Detective Jeffrey Inklebarger was served a notice of intended termination last week, but Inklebarger resigned instead.

“This was a betrayal of the oath of office and the law enforcement profession,” Bremerton Police Chief James Burchett said in a statement.

In December, a homeowner turned over home security footage to Bremerton police and the Kitsap County Prosecutor’s Office that showed the alleged theft. Inklebarger was assisting with a narcotics search warrant on February 26, 2019 when he was captured on video removing money from a purse and putting it in his pocket, according to a report from Tacoma police, which was the agency that investigated the incident.

In his report, Inklebarger indicated he found $25 during the search warrant, but the alleged victim claimed there was $600 missing, according to Tacoma police’s investigation.

“That is believed to be the money that Office Inklebarger stole and his actions were captured on video surveillance footage,” the investigation report read.

Inklebarger was placed on administrative leave Dec. 13, 2019 after the footage was shared with Bremerton police.

Tacoma police’s report was submitted to the prosecuting attorney Friday for a charging review.

Inklebarger has been with the Bremerton Police Department since 2004 and was assigned to the Special Operations Group as a narcotics detective on Jan. 1, 2019. He previously served as a King County Sheriff’s deputy.