The Salvation Army's emergency winter shelter in Bremerton will stay open from December 1st until the end of March. 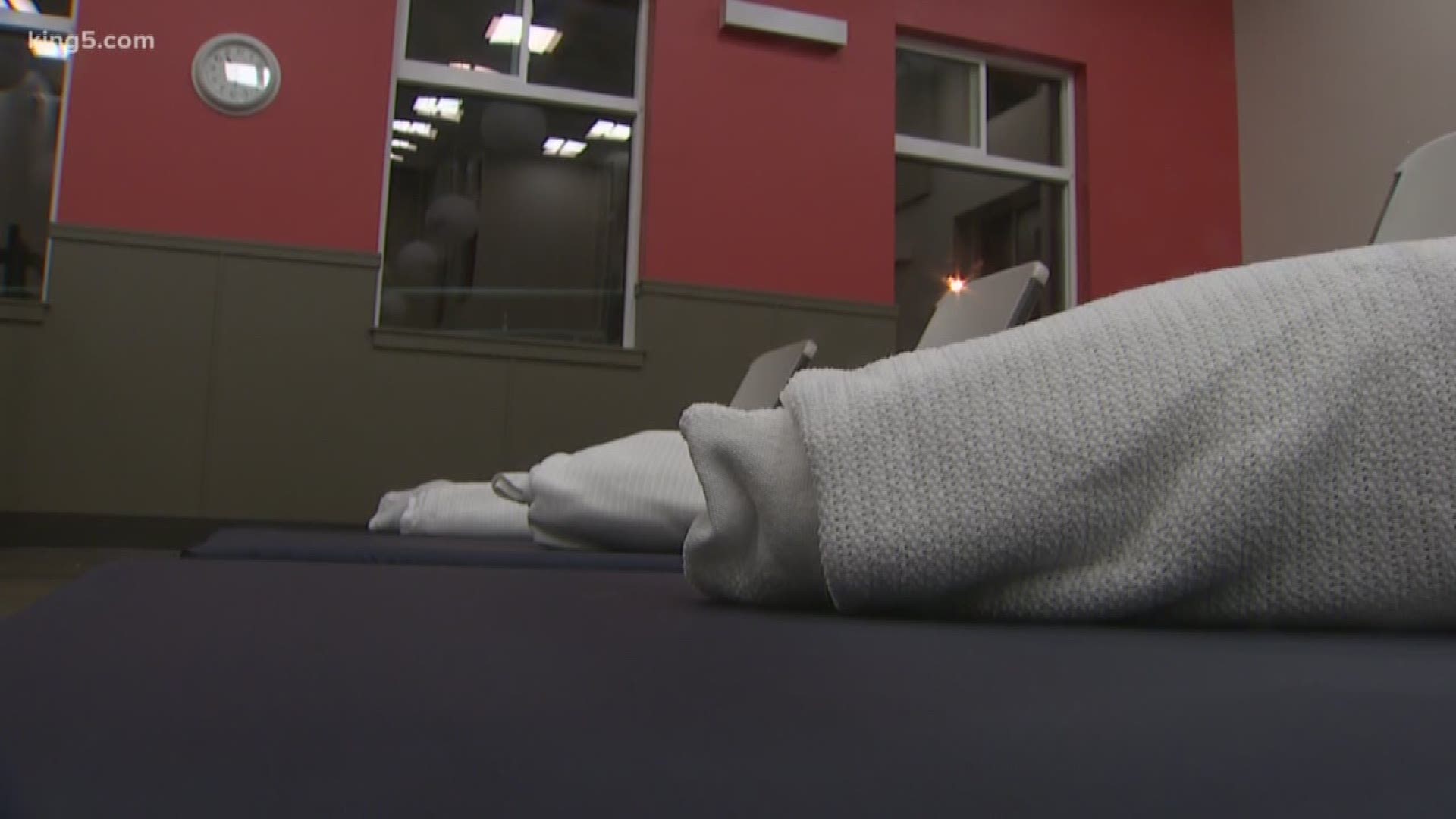 Colder air is expected to arrive in the Puget Sound area this weekend, and so is some relief for those in need of shelter in Bremerton.

With just a few days left to get ready, Major Scott Ramsay with the Bremerton Salvation Army is focused on the final details.

"We open up on Saturday night," said Ramsay.

The Bremerton Salvation Army will become a low barrier, emergency winter shelter on Saturday. People are allowed to bring their pets and do not have to sign up in advance.

Ramsay has noticed the number of people using the shelter increase in the past three years.

"First we averaged 30 a night, the next year was 50 a night, last year was 70 a night," said Ramsay. "It's not the 20-year-old homeless drug addict. It is the senior citizens that have been struggling, and it has really been eye-opening."

Rick Guesford was among a group of people avoiding the rain by taking cover in the Salvation Army's doorway Tuesday night. He plans to stay at the shelter when it opens.

"They are very friendly. They take care of you. You get a mat, a blanket and sheet, and pillow. It is comfortable," said Guesford, who has been homeless for about two years.

"We are here to do whatever we can," said Ramsay. "We think that, especially when it is 20 degrees out, we are helping to save lives."

The shelter is at the Salvation Army in Bremerton, located at 832 6th Street. Once open, it will remain open until the end of March.

A grant from Kitsap County and donations help make the service possible.