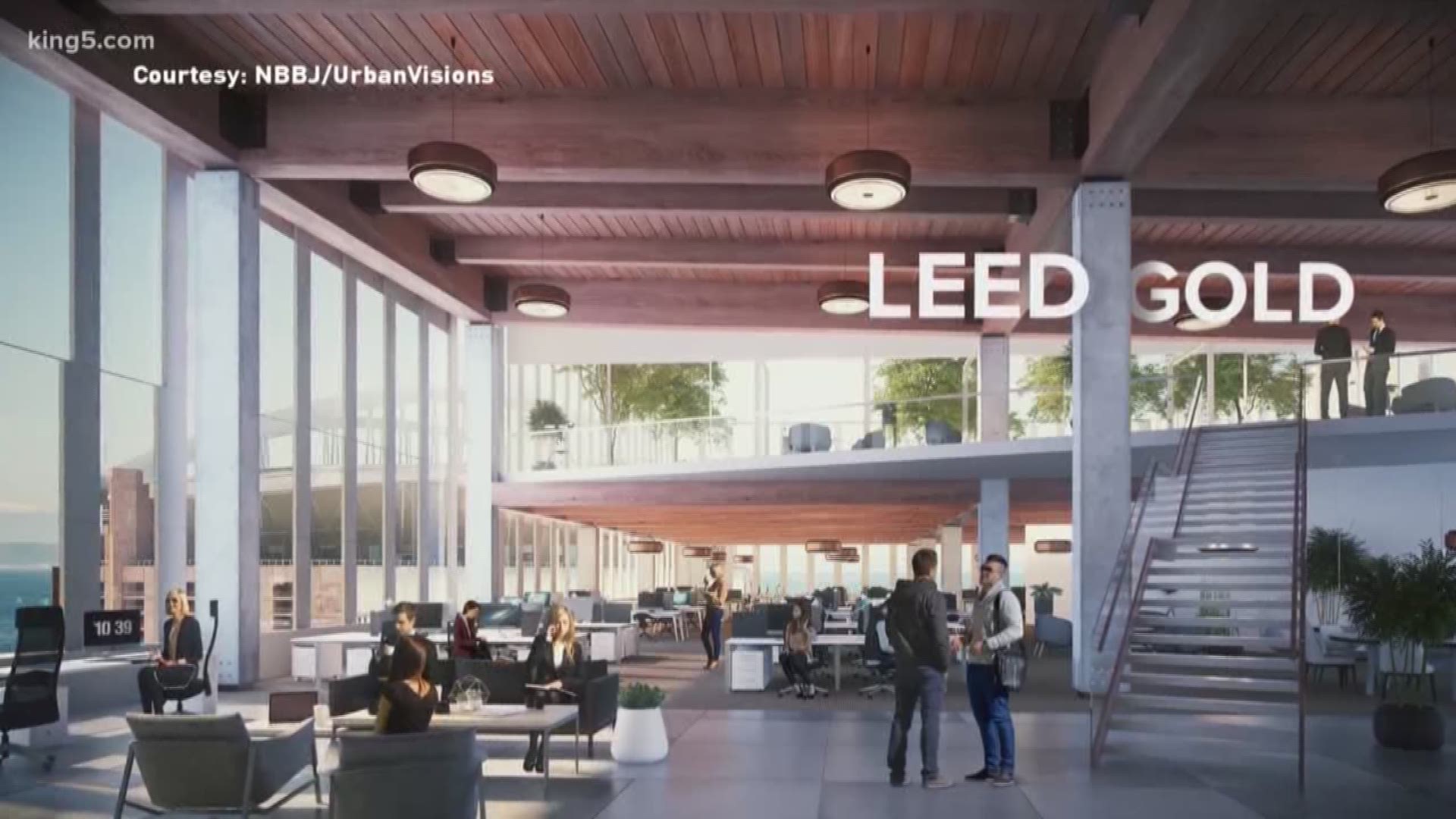 The Seattle architecture firm, NBBJ, teamed up with molecular biologist John Medina, an expert in brain development, to draw up a better office space design.

“The lighting is set, the temperature is set. It’s cold, it’s hot,” he said. “When we start to design a workplace, we think about how we can give people control back.”

Medina said closed buildings are not conducive to what we know about the human brain.

“The little that we do know suggests that if you wanted to design an environment that was directly opposed to what the brain is naturally good at doing, well, you might design a building,” he said.” From a design perspective, anything you can do that would make the brain feel safe. Green plants is a good example, running water is a good example.”

Medina taught the architects about 200 neuroscience nuggets. He added that these tips were tested in a lab environment, so these design elements are technically research.

Mullenix said while some of the neuroscience tips were already part of architects’ thinking, many of the ideas were new.

The architects used some of the information to help design ‘S’, a five-building, 1.2 million square foot campus to be built in Seattle’s SoDo neighborhood.

They placed balconies on every floor to act as places to perch.

That’s why architects added places of comfort as well.

They also added places to move by putting elevators and stairs on the outside of the buildings. Mullenix said that increases movement and community.

Greg Smith of Urban Visions, the project’s developer, said construction of ‘S’ could start in 2019. He added construction would not start until an anchor tenant agreed to lease the space.