Synesthesia allows an Issaquah woman to see color as a language and transcribe it through painting. 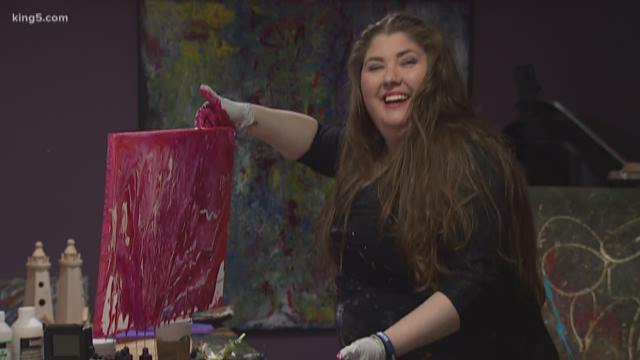 An Issaquah businesswoman hit her head during a trip to the store and brought home an unexpected gift. She says she has been transformed into an artist after a traumatic brain injury.

"I have a cross-wiring in my brain," said Heather Thompson. "The color becomes an actual language."

Seven years ago Thompson was a CEO and award-winning healthcare strategist. In the spring of 2011, she suffered a traumatic brain injury when the tailgate of her car came crashing down on her head, and everything changed.

"By mid-July I started painting," said Thompson. "By the fall I was painting all day, every day. I had to do it." 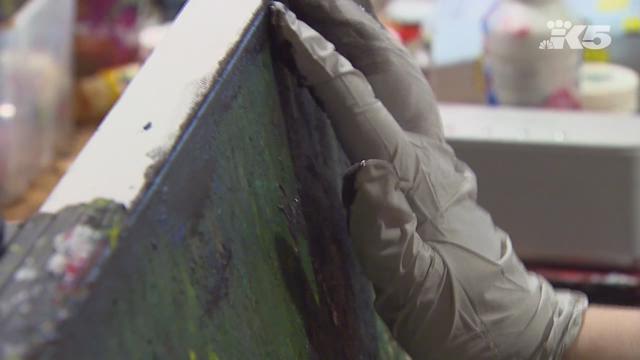 Doctors believe a condition known as "synesthesia" took over. One common form of the condition is when numbers or letters are perceived as colors. In Thompson's case, synesthesia allows her to see color as a language and transcribe it through painting.

Prior to her injury Thompson said the best she could draw was a stick figure.

"My hands just knew what to do. There was no thinking involved," she said. "It was like breathing."

Experts have labeled Thompson an "acquired savant" – meaning she had zero artistic ability prior to the brain injury and suddenly acquired it. She also suffers from two rare diseases likely connected to the accident and says painting helps her heal.

"If I don't paint everyday I will actually get sicker," said Thompson.

Giving up her CEO status for that of an artist meant giving up Thompson's impressive paycheck and Seattle home. She now lives in the country with a horse, two goats, a bulldog, a couple of cats and her daughter. It is a much different world in both body and mind – one she accepts as a gift she never wanted but perhaps always needed.

"I would take every aspect of the hard parts of my life for the life that I lead now," said Thompson. "I am the happiest I've every been."

Thompson's work recently won an award and will be on display next week in Washington D.C. as part of national Rare Disease Awareness Day.