“Everyone should have the opportunity to wake up and go on a run and not be worried about their lives,” said Molly Hill, who came to participate in the run. 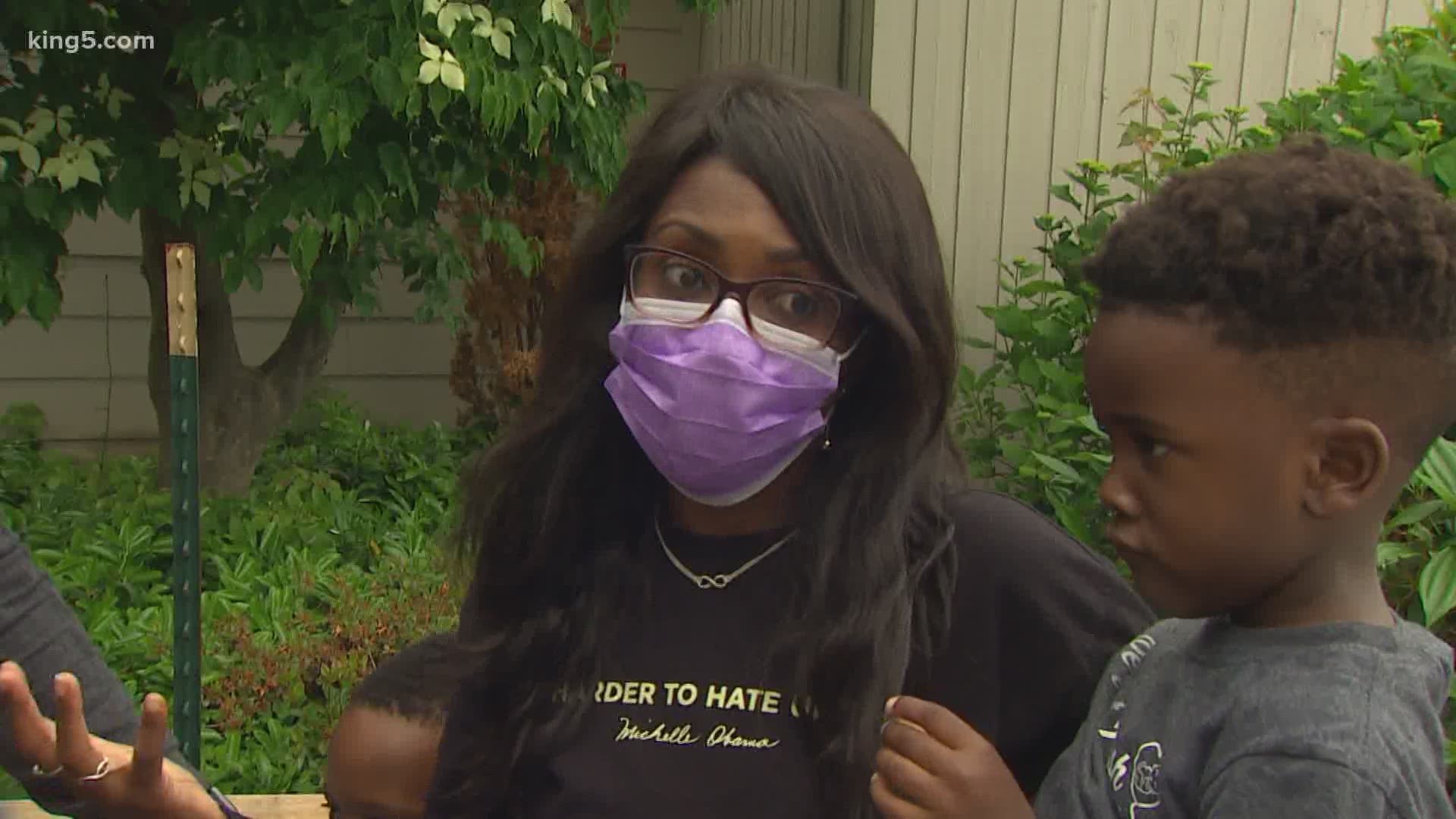 BOTHELL, Wash. — Hundreds of people gathered at the Bothell United Methodist Church on Saturday ready for a run in support of Black Lives Matter.

“Everyone should have the opportunity to wake up and go on a run and not be worried about their lives,” said Molly Hill, who came to participate in the run.

The idea came to be when Rue Khosa posted on the Bothell Community Facebook Page about her worry for her husband’s safety.

“My husband had just started running. So, I put up a post on our community group saying, ‘Hey if you see a black man running at 5:00 o’clock in the morning he’s not running away from anyone or anything. He’s just trying to get fit and run back to his family'… and then this happened,” Rue said, gesturing to the crowd of people that gathered outside the church.

“We’ve been silent for a long, long time, and it’s our time to stand up and make a change,” said Hill.

Kate Roudybush joined the run, with no actual intention of running, but with the idea of having her voice heard.

“George Floyd was her age, and that’s my daughter. She’s married to an African American and it just hit so close to home,” Roudybush said, while looking at her daughter. “I’m a momma, he called out for his momma. I can’t even think about that without getting teary.”

Hundreds of people ran and walked the mile and a half loop from the Bothell United Methodist Church to Bothell High School. The turnout was a welcomed breath of relief for Rue, her husband, and their two young sons.

“If we can make a difference for these boys, it’s been amazing so I’m really excited about that,” said Godwell Khosa, Rue’s Husband.

“It’s getting easier to breathe. You feel heard and I think that’s all anybody is asking for,” Rue said.

The Black Lives Matter Run Club plans to do weekly runs for the foreseeable future.

RELATED: Pierce County mom and son share their conversation about race and police