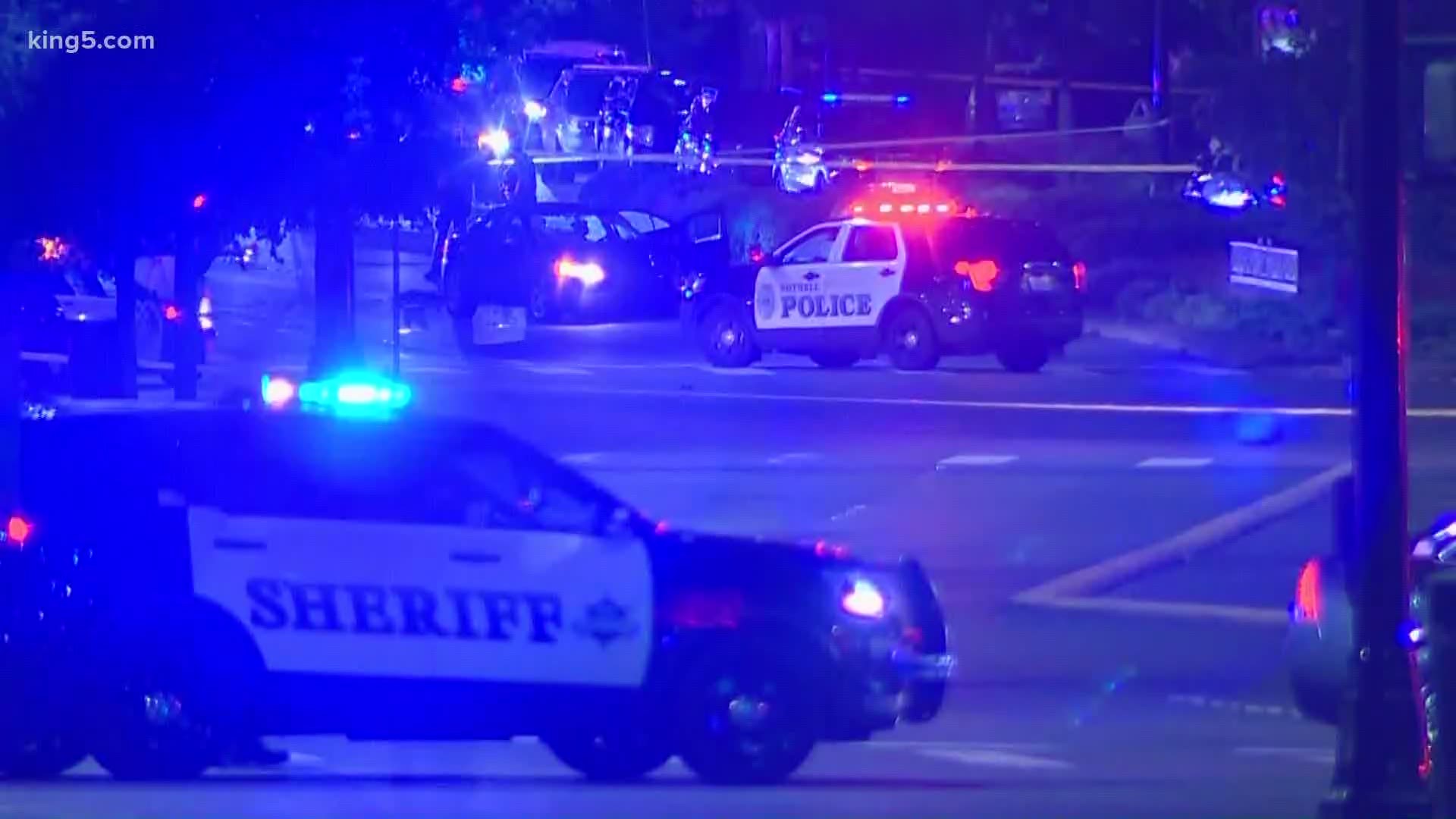 SEATTLE — The man accused of shooting at two Bothell police officers while they were still in their patrol car was charged Friday.

Bothell Officer Jonathan Shoop, 32, died in the crossfire and his partner, Officer Mustafa Kumcur, was wounded.

According to the Snohomish County Multiple Agency Response Team (SMART), the agency investigating the shooting, Officers Shoop and Kumcur made a routine traffic stop on Washington's vehicle at about 9:40 p.m. for not having a license plate.

Washington initially stopped and spoke with the officers briefly, but then took off in his vehicle and the officers pursued him while in their patrol car.

Washington ended up striking a pedestrian riding a scooter in the crosswalk and crashed facing the wrong direction in the westbound lanes of SR-522.

When Officers Shoop and Kumcur arrived shortly after the crash, Washington was already out of his vehicle and walking away. But when the officers got on scene, Washington turned and started walking fast toward the officer's patrol car while holding a pistol and opened fire, according to SMART.

Washington allegedly fired two shots into the patrol car, one broke the driver's side window, and the other hit Officer Kumcur's firearm, which caused it to ricochet and graze Kumcur's head.

During the attack, Officer Kumcur fired multiple rounds at Washington from inside the patrol car, and one of those shots struck Officer Shoop in the head, killing him in the crossfire, according to SMART.

The King County Prosecutor’s Office said, “The fact that Mr. Washington did not fire the fatal shot is immaterial to his culpability in this crime. But for Mr. Washington’s directed attack on the officers, Officer Shoop would be alive today.”

RELATED: Bothell officers were shot inside their patrol car; suspect held without bail

Witnesses to the shooting said Washington had clear hostility toward the officers yelling "come on pigs" as he advanced toward their patrol car with a gun in his hand, according to court documents released Friday.

Washington is scheduled for an arraignment on August 3 where he's expected to enter a plea.

Officer Shoop had only been with the Bothell Police Department for barely a year when the deadly shooting happened. Officer Kumcur was acting as his field training officer.

Previously, Shoop served in the U.S. Coast Guard and also worked at Amazon at one point.

Shoop's brother, Jared, issued a statement to KING 5 on Friday upon hearing the charges.

"The death of my brother is solely the fault of the suspect. Any actions taken by Jonathan’s partner were a frantic effort to save his life. Bothell PD is in our family’s prayers," said Jared Shoop.

There is a growing memorial for Shoop outside Bothell City Hall.

Officer Kumcur was taken to the hospital for treatment of his head wound and has since been released.

RELATED: 'He was full of life': Brother of slain Bothell police officer speaks out 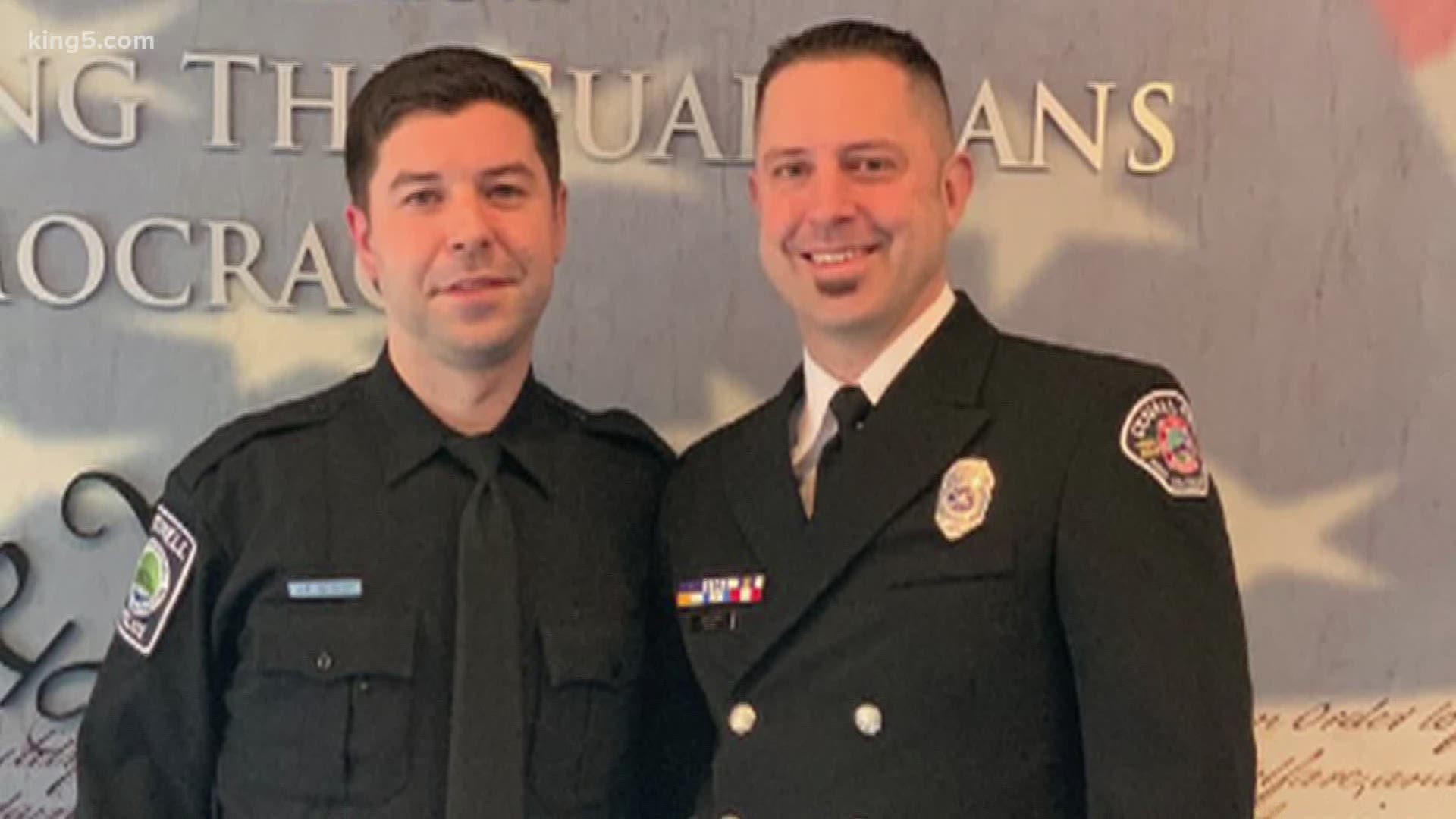 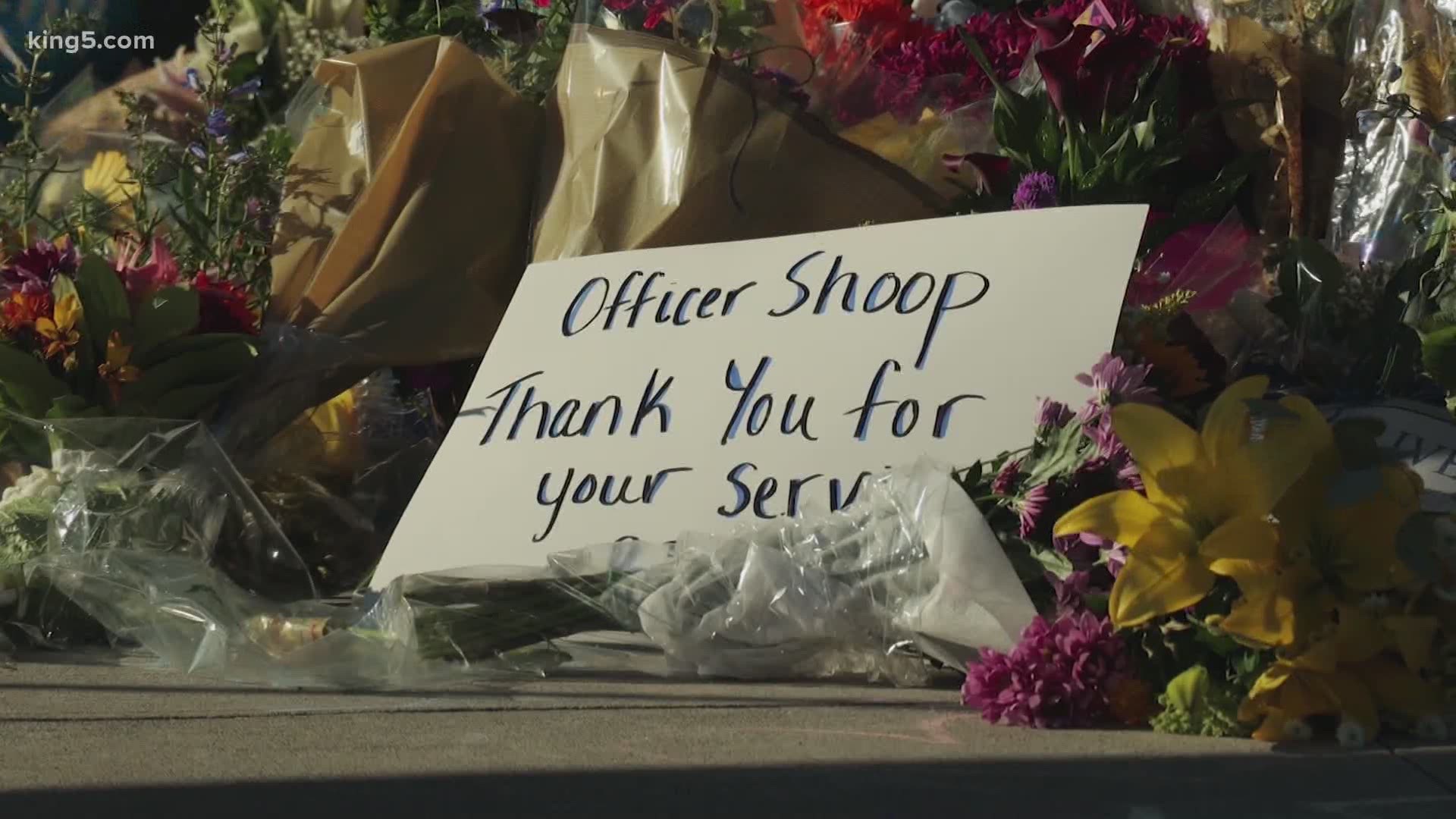