Sound Transit approached Yakima Fruit Market and Nursery about using a portion of its property for a project. But last month, Sound Transit announced a new plan. 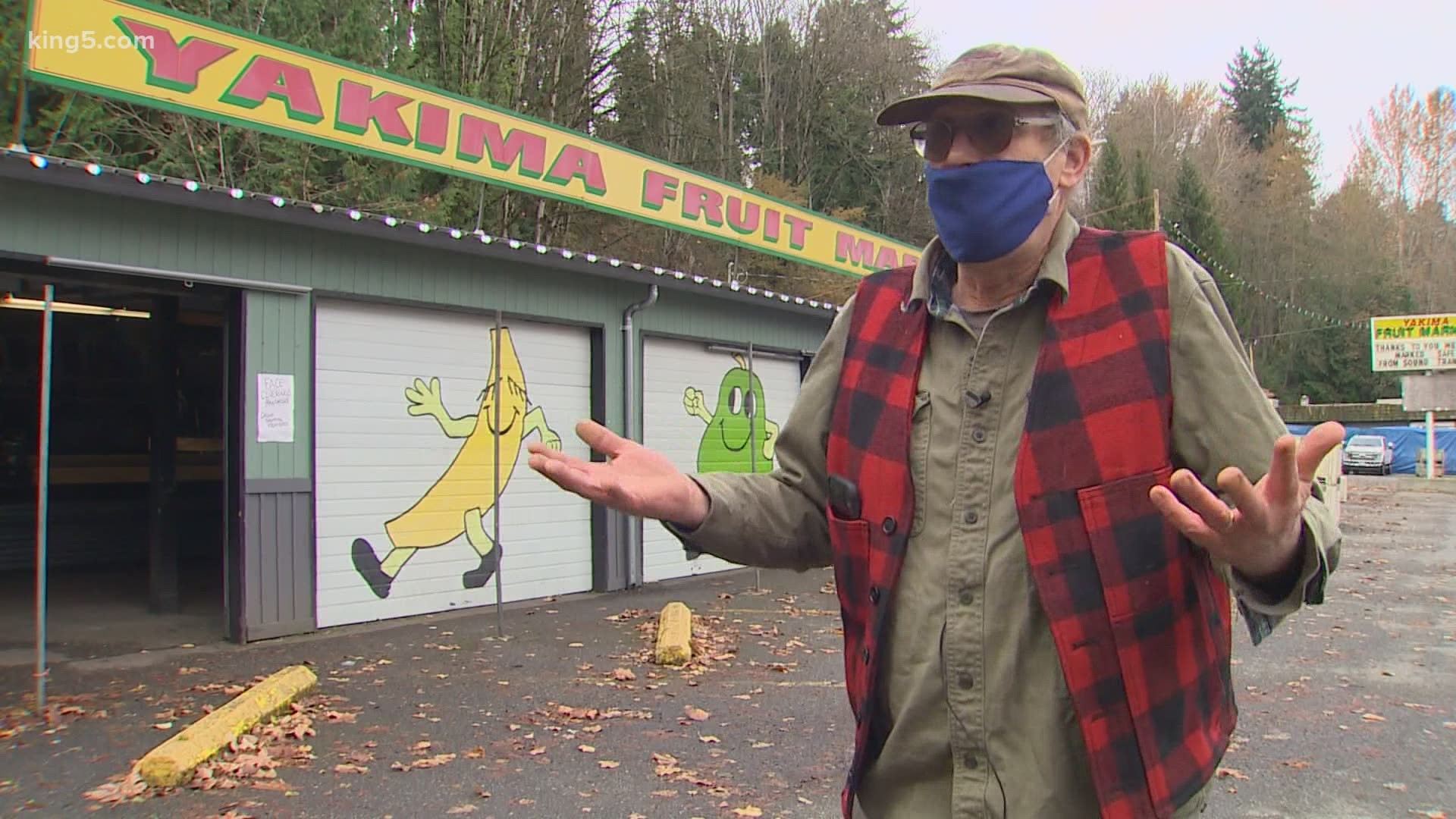 BOTHELL, Wash. — For nearly two years, the owners of Yakima Fruit Market and Nursery have been in limbo, waiting to find out if a portion of their property would be taken by Sound Transit for a project.

The plans would require so much of the parking lot to be taken away that the longtime family business said it would have to close the location.

The market has been in business for eight decades and photos show the place has been a family affair for more than 50 years. Customers call Yakima Fruit Market and Nursery a fixture on Bothell Way Northeast.

However, owner Stuart Poage's hopes for the future began to fall apart after he was contacted by Sound Transit.

"We have never been anti-transit. How can you be anti-transportation? You can't be, and I am not. We were pro-staying-in-place. That's all it boiled down to," said Poage.

The public transit agency was eyeing the location for a project that aims to provide fast and frequent bus service that would connect north Lake Washington communities to the future Link Light Rail Station in Shoreline.

"Our attorney, who we had hired, said you're going to lose," Poage explained. "He said, 'you don't have a shot. What I will do is maximize your dollar return from what they will take away from you.'"

What Poage didn't count on was so much community support. Customers started speaking up last year, offering their praise for the business and writing postcards.

"We had 10,000 people sending postcards to Sound Transit and city of Bothell," said Poage.

During an Oct. 20 Bothell City Council meeting, Sound Transit announced that Yakima Fruit Market and Nursery would not be impacted by the project.

On its website, Sound Transit acknowledged the beloved local business, and stated, "As we moved into the next design phase, we were able to refine the design so that the Yakima Fruit Market would not be affected at all while still achieving project goals for the business access transit (BAT) lanes."

When Poage's family received an email from Sound Transit, they printed it out for all to see and added the words 'We Are Saved' in red ink. Poage said he gives community support 100% of the credit for the outcome.

Yakima Fruit Market and Nursery is on its annual break. They plan to reopen the day after Thanksgiving.