Organizers of the "March for our Rights" rally in Olympia said the actor got onstage and urged attendees to sing racist lyrics. 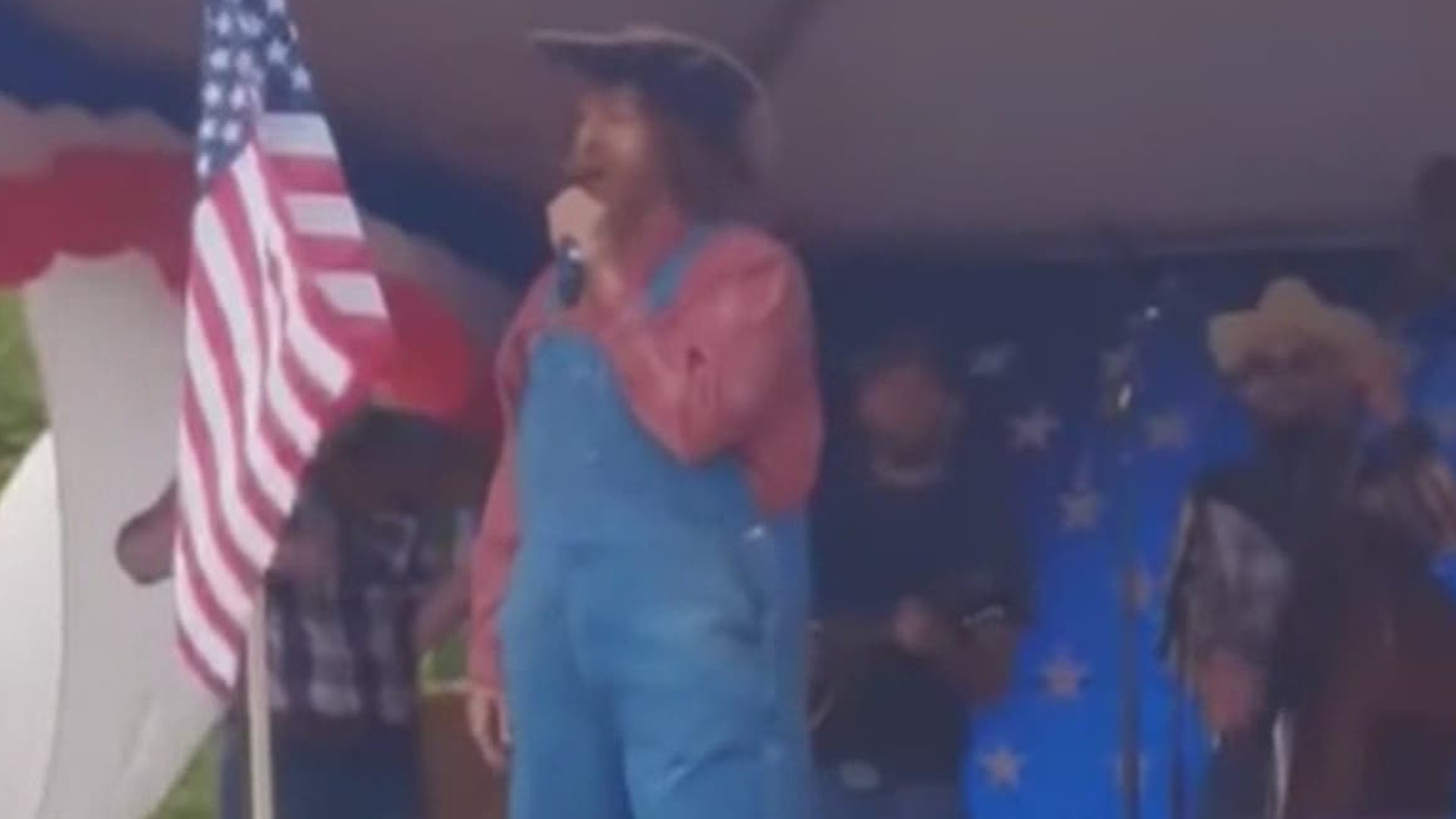 OLYMPIA, Wash. — The organizers of a rally in Olympia called “March for our Rights” said they were the victims of 'an elaborate hoax' by Sacha Baron Cohen, the comedian best known for starring in the spoof movie Borat.

Video from the rally showed a man, who appears to be Baron Cohen in costume, backed by a bluegrass band, singing a racist song with references to “Wuhan flu.”

At one point, the man onstage sang, “Journalists. What we gonna do? Chop them up like the Saudis do.”

In video posted to social media, some people can be heard singing along to the lyrics.

Video provided to KING 5 by rally organizers also showed people booing the singer and one man shouting, “Go home, racist!” through a megaphone.

Baron Cohen has not commented publicly on the incident.

“This is the objective that this man does to try to make people, specifically conservatives, look bad,” Marshall said.

According to Marshall, the rally’s organizers were approached in early June by a group posing as a PAC called Back to Work USA. The group offered to help pay for the event and provide security and music.

Marshall now believes the PAC was fake and that the people who contacted the organizers were actually producers of Baron Cohen’s political satire show, “Who Is America?”

He said they provided fake names and used burner phones.

According to Marshall, once Baron Cohen took the stage, the security guards that the PAC had hired blocked rally organizers from stopping the music.

Eventually, Marshall said he and other organizers ran the musicians off-stage and into a nearby ambulance. The ambulance company, AMR, released a statement saying, “Crew members were on site to provide emergency medical services. They were not part of the hoax.”

Marshall said he received “a wave of hate” after video of some people singing the song lyrics circulated on social media.

“I think he was successful infiltrating us and pranking us,” Marshall said. “But my message to Sacha Cohen is, 'Nice try. We stopped you and we have all the evidence on our side now that we did chase you off stage and the crowd was not happy.'”