Where there's a will, there's a way. A Bonney Lake man drove through the night to Redding, California, to bring back A/C units for his neighbors in need. 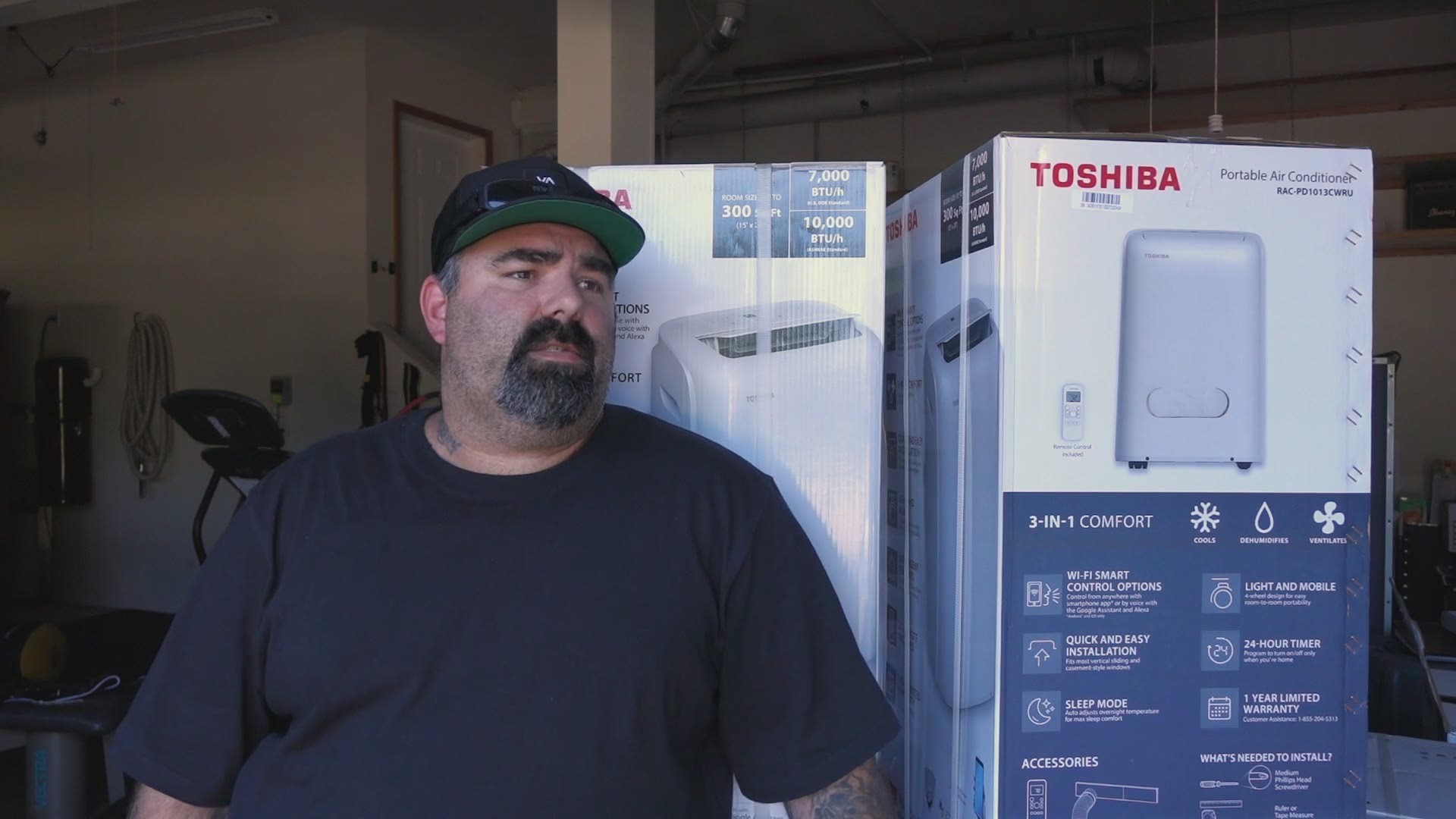 Jason Smith made a summer road trip of over 1,300 miles in less than 24 hours this week to provide relief for his family and neighbors in need.

Smith said he discovered his local big box stores were wiped out of A/C units and after researching and making some calls, the closest option with a supply of portable A/Cs was in Redding, California.

On his birthday, Smith and his wife jumped in their truck and made the drive through the night to secure their A/C unit, but a simple Facebook post changed the whole journey.

Smith offered to pick up and transport units for any interested buyers in his Bonney Lake neighborhood. Scott Tanner saw the post and thought he could help take the effort further by reaching out to some local business owners to see if they might want to purchase units to donate to those in dire need.

“We forget there are so many people who don’t have family to take care of them," said Tanner. "People who are sick or elderly and are in a helpless situation."

Tanner shared Smith's Facebook post on his page and mentioned he was leading the charge to donate some A/C units. That's when the messages started pouring in, and by the time Smith made it to Redding his plan was to fill his truck with as many units as he could.

Less than 24 hours later, the A/C units were in Bonney Lake and being distributed to desperate locals.

Smith said he was setting one aside for a woman who was donating it to a friend batting cancer. They also got a message from a  local landlord who was worried about a tenant who is a disabled veteran -- he now has a new A/C unit.

Another unit was also delivered to a Lake Tapps couple, who said they are battling medical issues and 100 degree temperatures inside their home during the heat wave.

Smith and Tanner said they are very happy their quest for A/C turned in to an opportunity to help the community and hope others will follow their lead.