Charlie Leocha heads DC-based Travelers United, a passenger advocacy organization. He was one of a group of 20 invited to Seattle to hear out Boeing on the 737 MAX. 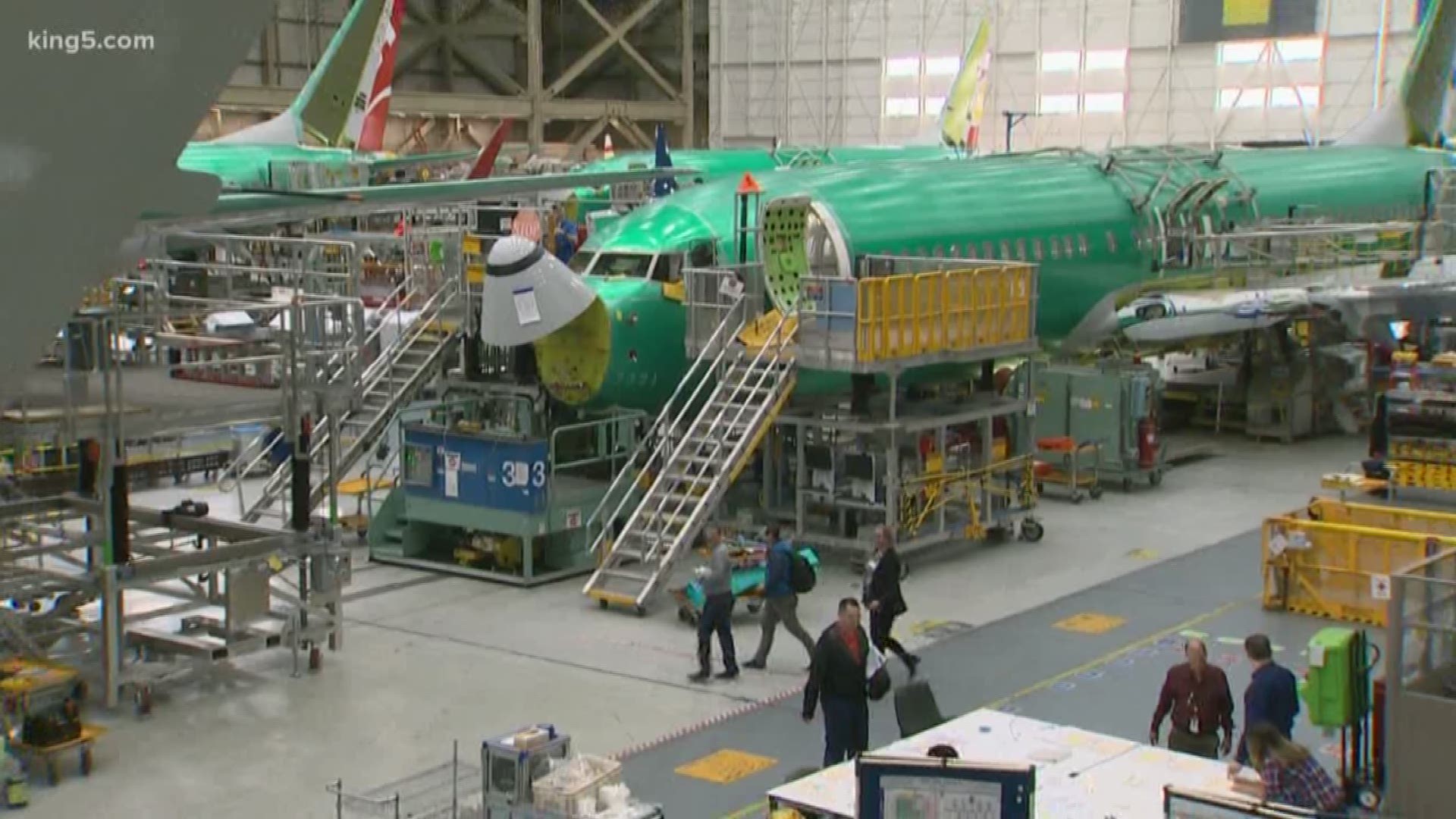 SEATTLE — This week Boeing brought in 20 pilots, passenger rights advocates, newsletter writers and others to learn more about what the company has done to keep its new 737 MAX from ever having another crash.

Boeing is hoping to have the MAX recertified and the grounding lifted to get more than 700 of the jets released to carry passengers again after the plane was grounded last March following a second crash of a new MAX jet at the cost of 346 lives.

"I think they feel pretty much done unless something else comes up," said Charlie Leocha, the founder and chairman of Travelers United based in the Washington, D.C. area.

Leocha has previously testified before Congress and routinely interfaces with the U.S. Department of Transportation and the Federal Aviation Administration (FAA) on making flying safer. He was also one of the invitees as part of what Boeing has described to KING 5 as a months-long global effort to bring pilots, flight attendants, airline maintenance leaders, passenger advocates, journalists, and others up to speed on what the company has done to make the MAX safe.

The sessions have been held around the world and briefed about 1,600 individuals.

"Until I came to this meeting, I really didn't understand the changes that were made to the MCAS system," said Leocha.

MCAS is a piece of software that was blamed for the crash of an Indonesian jet in October 2018 and an Ethiopian plane last March. MCAS is new to the MAX and is not present on other 737s.

MCAS stands for Maneuvering Characteristics Augmentation System. It was designed into the MAX to help meet a regulatory requirement and was installed because the MAX uses newer engines that are mounted further forward on the wings. The system helps guard against pitching the plane up to high an angle, causing it to stall.

In the Indonesian crash, authorities determined MCAS repeatedly forced the plane's nose to pitch down, flummoxing the pilots who didn't know MCAS even existed, until they finally lost control.  It was also implicated in the crash of an Ethiopian jet on March 10.

Boeing has made changes to the software which controls MCAS, limiting the degree to which it can cause the plane to pitch up or down, limiting to moving only once on a flight if triggered, providing more indicators to the pilots and adding more pilot training.

Other consumer advocates, including Ralph Nader, who lost a grand-niece on the Ethiopian flight, and family members of others lost in both crashes are pushing for the MAX to remain grounded permanently.

Leocha said he's seen enough to expect the MAX to be safe. He is also putting stock in the FAA's decision to have a government inspector to sign off on each 737 MAX before it's delivered and other safeguards.

"And we know there's going to be a big push to have more inspectors with bigger hammers," he said.