An investigation is underway after a body was found at a recycling plant in Fredrickson, Wash. 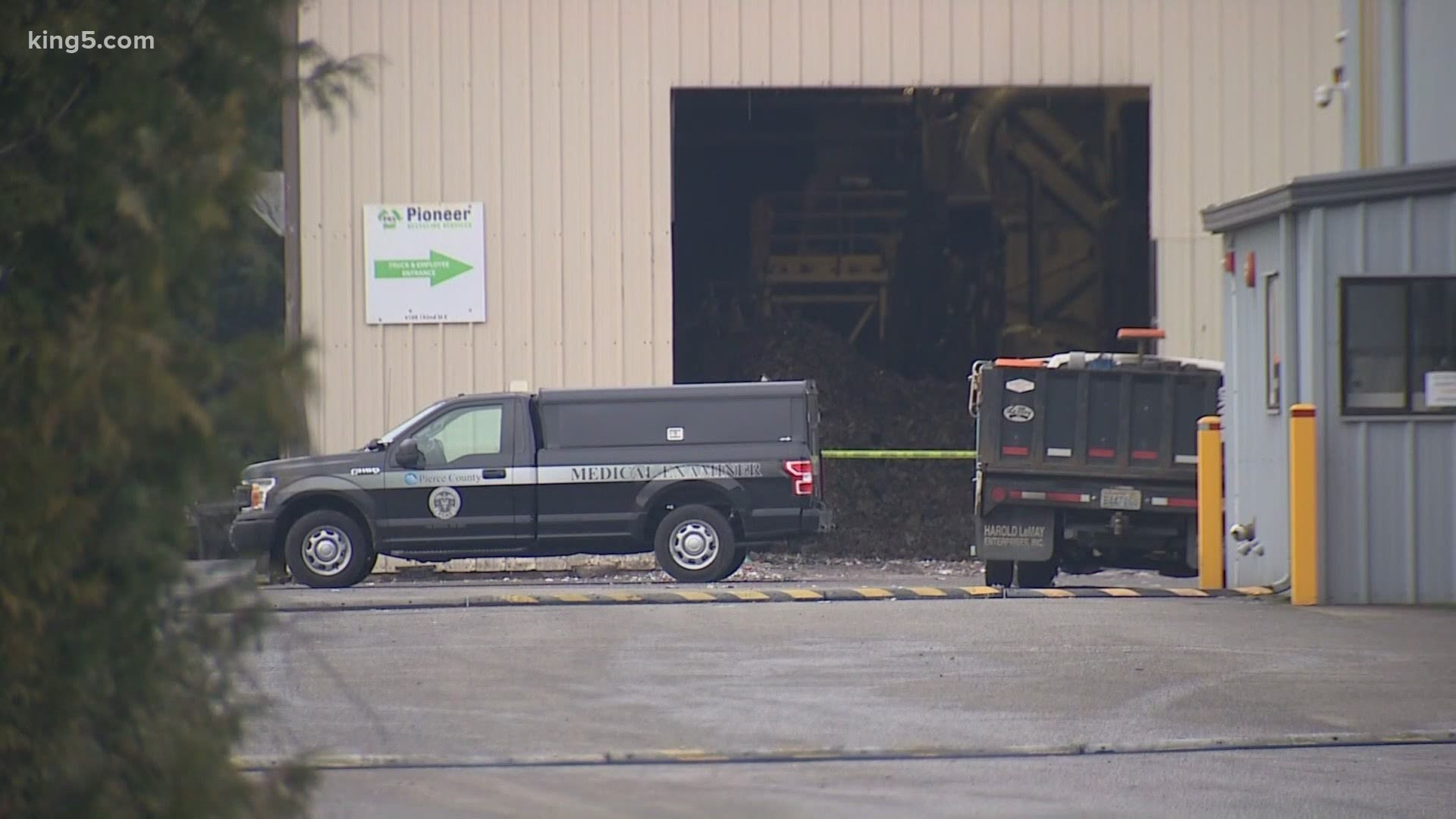 An investigation is underway after a body was found at a recycling plant in Pierce County, according to the sheriff's office.

Workers discovered a body that came in with a load of recyclables mid-Thursday in Fredrickson, which is east of Spanaway.

The body is that of an adult man, according to Pierce County Sheriff's Sgt. Darren Moss, Jr.

"It's going to be a task for them to try and figure out what exactly happened," said Moss, Jr.

The plant is for processing recyclables. It is not a public drop-off site.

Detectives are on scene at a recycling plant in Fredrickson where workers there discovered a body that came in with recyclables. An investigation is underway and we will post more information as it becomes available. pic.twitter.com/VoWwkoxgvK