‘No immediate environmental threat’ from boat fire on Lake Washington

A boat caught fire in the north end of Lake Washington Sunday, sending heavy smoke into the air. 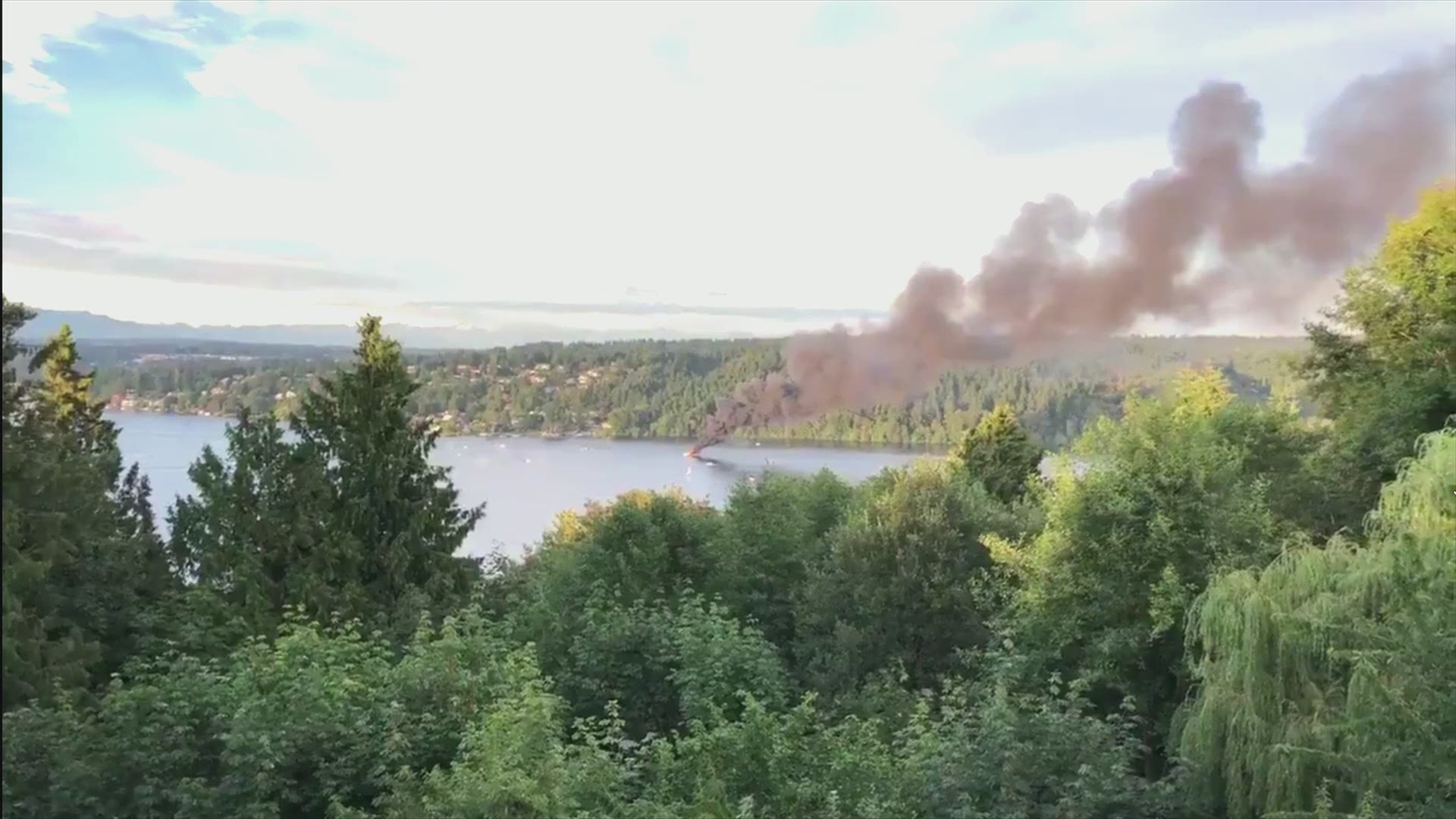 A boat caught fire in the north end of Lake Washington Sunday, sending heavy smoke into the air.

The boat was in the water between Kenmore and Lake Forest Park when flames engulfed the vessel and sank. Smoke was visible for miles, even spotted from a ferry rider on Puget Sound.

It's unclear what caused the fire or how many people were on board. After assessing with the Washington Department of Ecology, the King County Sheriff’s Office said there is no immediate environmental threat.

The Washington Department of Ecology returned to the area Monday with a drive team from the King County Sheriff’s office. The drive team recovered fuel from the boat and installed plugs and patches.

Crews also installed a boom around the sunken boat to catch any leaking fuel.

Good thing we got boom around the sunken boat. Some diesel fuel is still aboard and now discharging into the boomed area. Divers prepping to attempt pumping out the fuel. pic.twitter.com/LgTzYu2KAu