A report found Black people made up 17.4% of Pierce County arrests last year, which is disproportionately higher to population makeup. 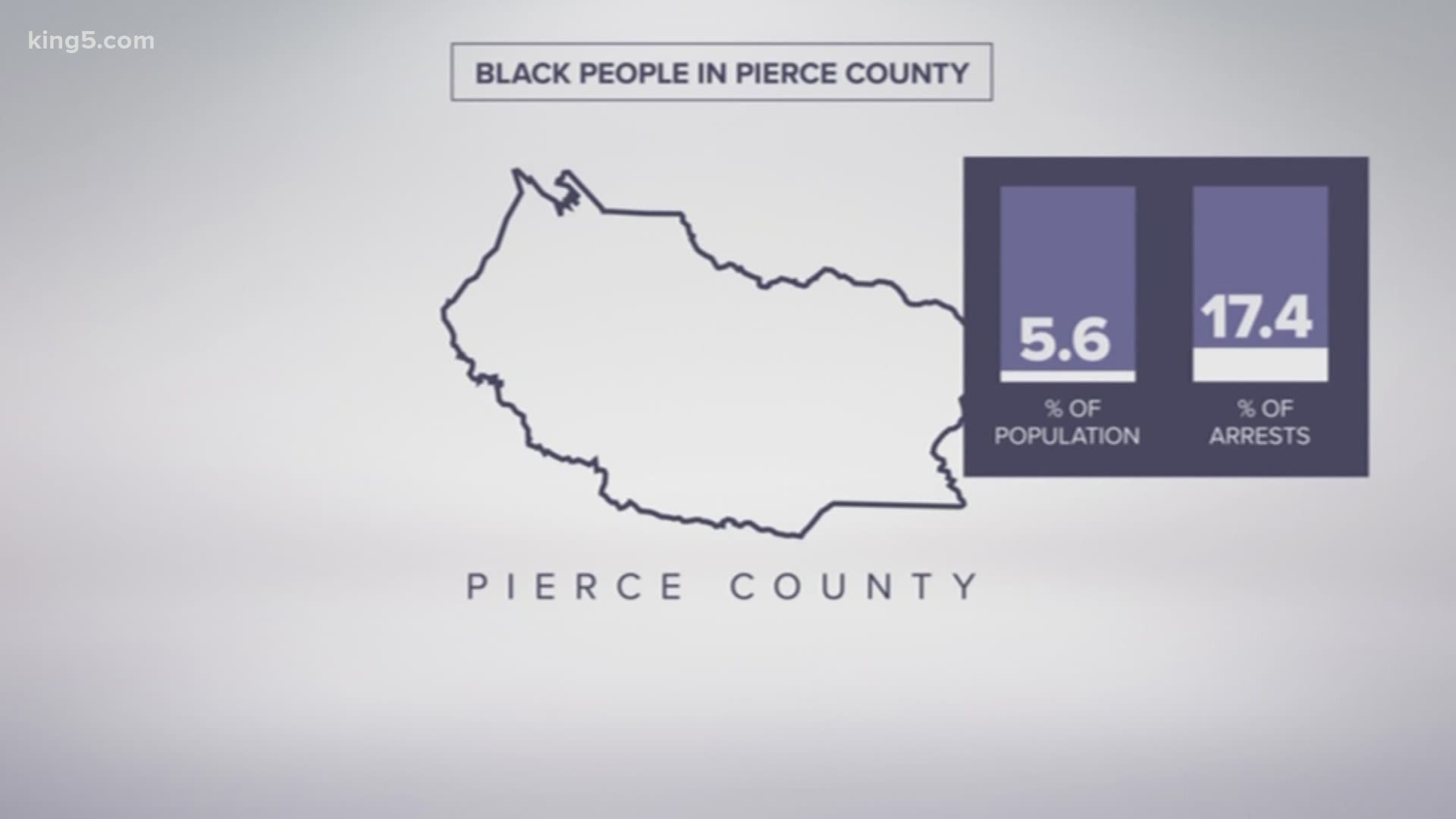 A report presented to Pierce County Council last week found African Americans were arrested at higher rates than any other racial group in the county.

The review, which was compiled by members of the Prosecuting Attorney’s Office, the Pierce County Sheriff’s Department and Executive’s Office, examined the county’s criminal justice policies and made recommendations.

Although Black people made up 5.6% of the Pierce County population in 2019, they accounted for 17.4% of arrests and 25% of jail bookings, according to county data.

The disparity was even more apparent in the Tacoma metro area, including Lakewood, University Place and Fircrest. In Tacoma, Black people made up 9.7% of the population but accounted for 33.5% of arrests.

The report recommended the sheriff’s department invest in vehicle and body cameras, which it estimates would cost about $2.9 million.

“I'm very happy that it came out,” Campbell said. “I think that it shows great progress. It shows that our county is really trying to look at these issues.”