The two groups protested on the same street at the same time, with law enforcement standing in the middle of two groups to keep them separated. 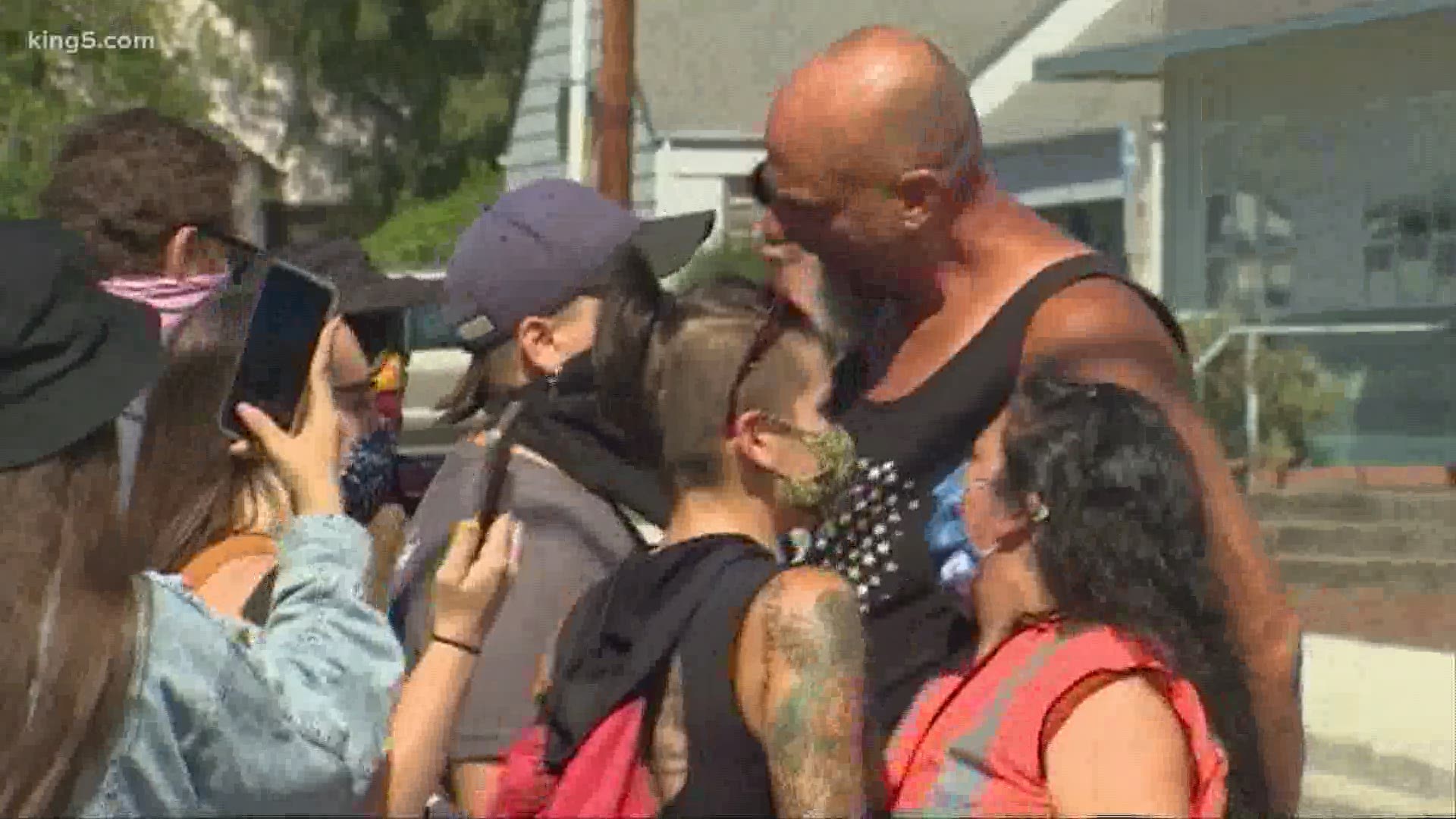 Black Lives Matter and Back the Blue groups gathered on the streets of Shelton, taking up several blocks across town at times. Law enforcement sometimes had to intervene to keep both sides apart.

Back the Blue organizers said their rally was planned first.

“This is a peaceful rally. Nobody here is going to cause problems with anybody,” said Ilene Greenhalgh, a longtime Shelton resident.

However, Black Lives Matter supporters said they marched first, and that Back the Blue supporters were the counterprotesters on Sunday.

“We’re here in support of Black Lives Matter equality, justice, indigenous lives,” said a protester to the crowd by megaphone.

The groups became heated around 2 p.m. when Back the Blue supporters confronted a smaller group of Black Lives Matter supporters.

Tensions remained high on both sides for hours.

By 3:30 p.m., Washington State Patrol’s rapid response team, in full riot gear, cemented the line between both groups. At the end of the day, police only made one arrest and most people cleared out before sunset.