The animals don't have enough room to roam at Central Valley Animal Rescue in Quilcene, so organizers are hoping to raise funds to send them to a ranch in Texas. 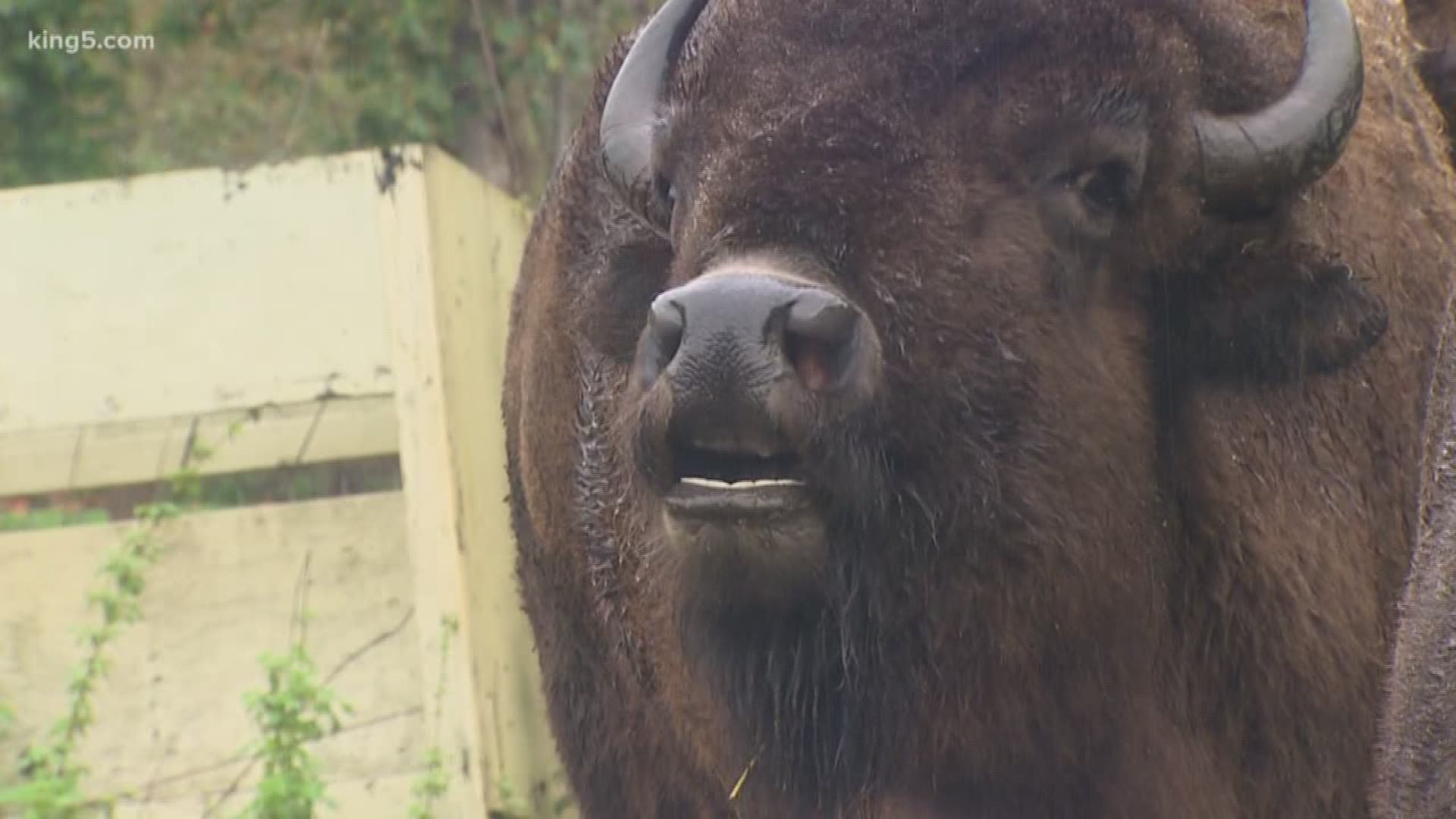 QUILCENE, Wash. — You'll find many four-legged creatures at Central Valley Animal Rescue in Quilcene, Wash., including your standard dogs, cats, some horses, a few iguanas, and maybe even the occasional emu.

But you'll also find a species not so common for the organization that's now in need of a permanent place to call home.

"They're unlike any animal I've ever worked with," said Sara Penhallegon, who runs the center.

The animals are seven bison that were seized in an animal cruelty case. The bison were malnourished and few were expected to survive.

"It was devastating to see," said Penhallegon. "They're such majestic creatures and they looked like just like leather stretched over a skeleton."

Over the past year and a half, Penhallegon and her team nursed all of the animals back to health.

One of the bison even had a baby along the way.

The calf was born prematurely and too weak to nurse from his mother, so Penhallegon essentially raised the beast as a "house bison."

"He was raised in our living room," she laughed. "The pitter-patter of little hooves across the hardwood floor."

The herd rejected the baby, so he has to be kept separate.

The rest of the bison have now taken to destroying things like corrals and fences.

Penhallegon said they don't have enough room to roam so they're growing bored and increasingly ornery.

"They're extremely dangerous. One of the younger males challenged me through the corral. He caved the corral in around me stopping about 6 inches from me. You can't trust them," she said.

Penhallegon found a ranch in Texas willing to take the herd, but getting them there will cost at least $8,000. She started a Go Fund Me campaign to help fund their journey.

She is also going up against a legal battle.

The original owner is refusing to relinquish control of the animals, so Penhallegon is having to go to court to get legal ownership.

"We are in a custody battle with bison," she chuckled.

After 18 months, tens of thousands of dollars, and a few brushes with danger, the now eight stranded bison are still trying to find a home.

Penhallegon remains committed to getting them there.

"It's been a huge undertaking," she said, "but they are worth it."