Hundreds of people had the chance to hear Bill Gates talk about work to end the disease. KING 5's Mark Wright moderated a panel with Gates. 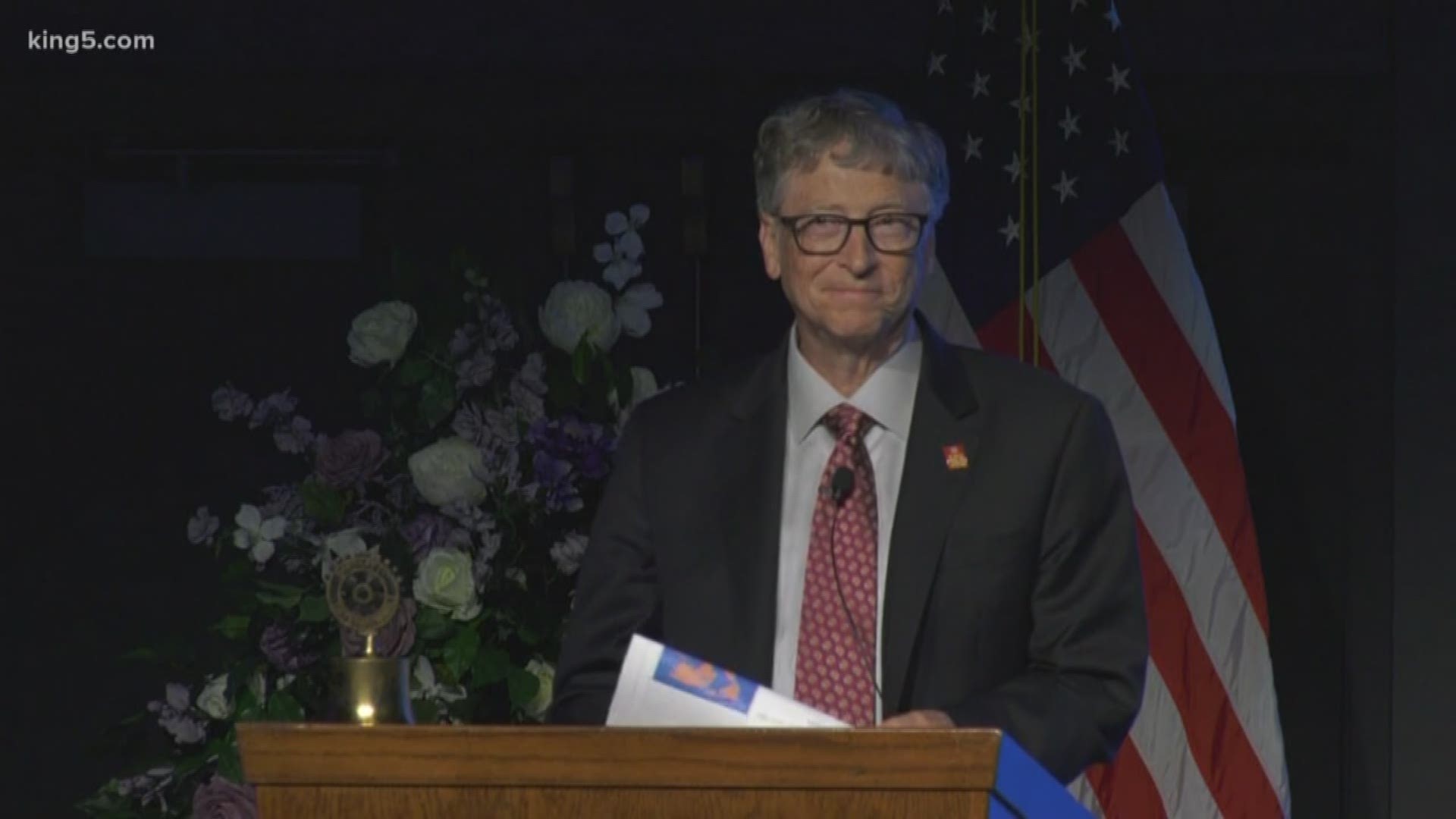 Microsoft co-founder Bill Gates discussed how far the world has come in eradicating polio at the Rotary Conference at the Spokane Convention Center Saturday evening.

“Thirty years ago, there were more than 40 new cases every hour. And last year, we had fewer than 40 cases during the entire year,” said Gates, who took the stage to a huge round of applause and a standing ovation.

“Pakistan and Afghanistan, that have been a particular challenge, because we're getting more creative and deeper into our partnerships so that we can get to zero there,” he said.

Gates mentioned that in some countries they've had problems with rumors spreading that the vaccines aren't safe. He compared it to the rumors about vaccines here in America, particularly the measles vaccine.

“We're having a problem in Nigeria, where there have been bad rumors spread about the vaccine. And of course, even here in the U.S. with measles, now we're seeing that getting the word out that vaccines are safe, you know, not that easy to do, that the negative rumors can somehow outrun the positive rumors about how valuable the vaccine is," Gates said.

He talked about the difficulty of sending volunteers to war torn countries faced with a polio outbreak.

“We have had big challenges that we've overcome, one that actually had me the most concerned goes back to 2013, where polio broke out in Syria, and it was literally in the worst places where ISIS was still there. And so people going out to do that vaccination volunteers were entering war zones, waiting for lulls in the fighting to make sure they could get to the children,” he said.

Gates’ speech celebrated the partnership between Rotary and the Gates Foundation to end polio.

Bev Reed, a Rotary district governor in Spokane, was able to bring Gates to the Spokane area thanks to her relationship with Gates' sister Kristi.

Gates spoke about how his parents were an inspiration for his need to give back to the community.

“They really wanted to belong to the community, my dad actually did a book called ‘Showing up for Life’ where, you know, he talks about, ‘Hey, we just show up for these activities, you can meet people and do some great things,’” Gates said.

He explained how the Gates Foundation uses data to help in the fight against polio.

“We're very science oriented, we do a lot of mathematical modeling, to see where we need to intensify these polio campaigns, we look at the data to see where the quality problems are. And we are a very technical partner. We and Rotary together, are good at keeping polio visible, whether it's meeting with heads of government or meeting with philanthropists,” Gates said.

Gates also talked about the challenges of getting young working professionals to give back.

“The real connection you have to make is an emotional connection," he said. "And that means you have to get permission from them to kind of take them out and see some of the work and then see the fellowship that comes along with doing it together as a group."

KING 5's Mark Wright will have an exclusive interview with Bill Gates on KING 5 News at 5 p.m. Tuesday, May 22.