Here's why bikes don't have to stop at stop signs in Washington starting Oct. 1

A new Washington law requires cyclists to safely yield at stop signs, but they are no longer required to fully stop. 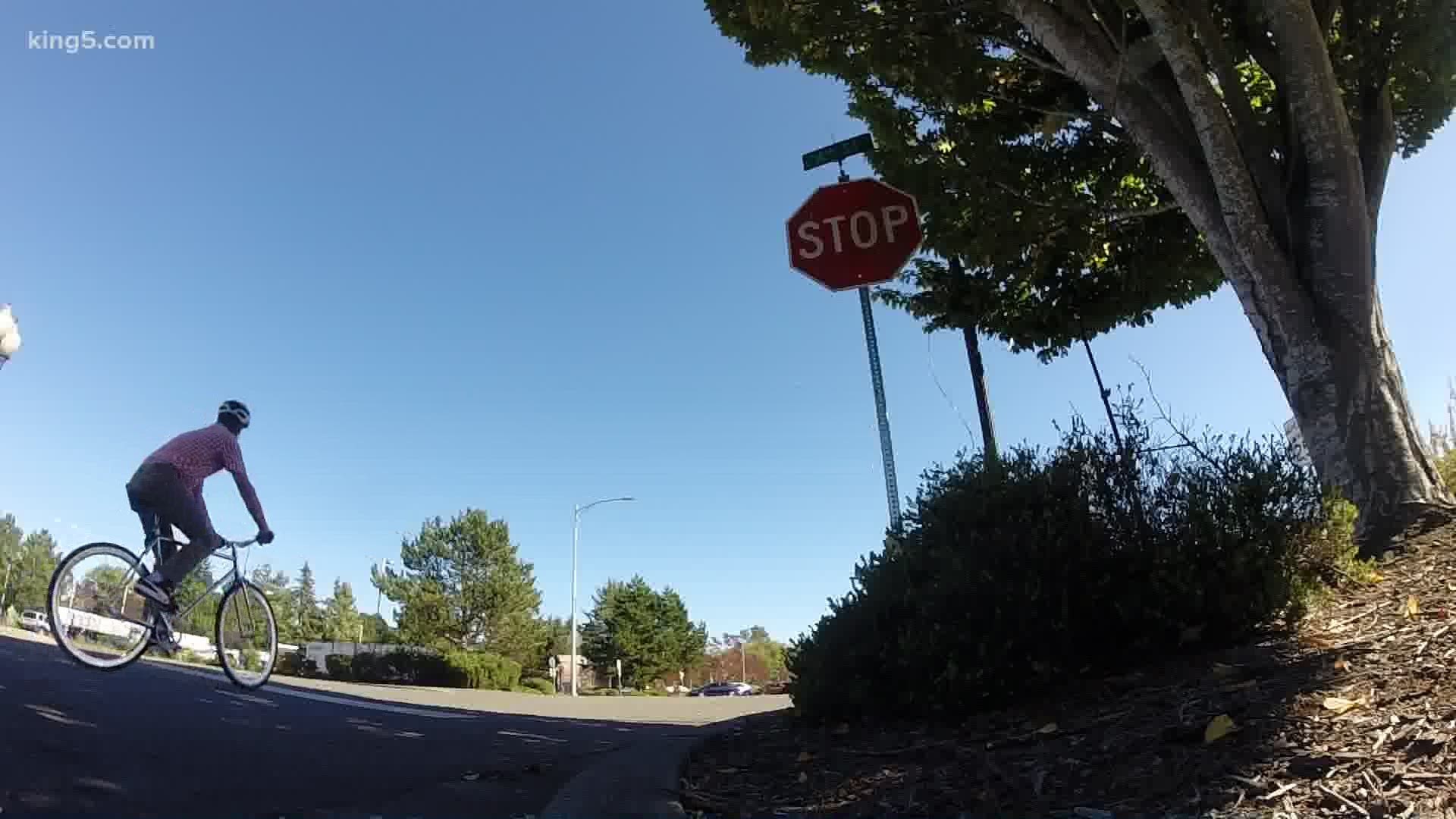 Bicyclists will no longer be required to stop at stop signs starting Thursday, Oct. 1 in Washington state.

Lawmakers say the new rule is actually safer for people on bicycles.

Washington Bikes, a statewide bicycle advocacy organization, released a statement on Sept. 28 that the law will allow people on bicycles to treat stop signs as yield signs.

The “Safety Stop” law will make it legal for bikers to roll through an intersection if the coast is clear. Previously, they were required to stop, like motor vehicles.

The law, which was sponsored by Sen. Andy Billig (D-3rd) and Rep. Joe Fitzgibbon (D-34th), requires people on bicycles to slow down to a reasonable speed that would allow them to stop if necessary.

Therefore, people riding bikes must yield to any vehicle already in the intersection.

According to the release, Washington is the fifth state to legalize the Safety Stop, following Idaho, Delaware, Arkansas, and Oregon. Unlike Oregon, which passed this law in 2019 after multiple attempts, 2020 was the first year that the Safety Stop was introduced in the Washington State Legislature.

Idaho was the first state to pass the law called it the “Idaho Stop.” Since then, bicycling injuries in Idaho dropped by 14% in 1982 the same year the law went into effect.

I worked with @WAbikes and @andybillig to pass our new law allowing bikes to safely yield at stop signs. It improved safety in Idaho, where it's been law for decades, and in Delaware, where it just passed 3 years ago. Takes effect here tomorrow, Oct 1. Ride safe out there #waleg https://t.co/NmbESuuphP

The Seattle Department of Transportation outlined the following reasons for the new law:

"The study found that cities with Safety Stop laws had 14.5% fewer bicycle injuries one year after adoption, and 30.4% better overall bicycle safety than similar cities.

That same study also detailed some benefits and rationale for the Safety Stop: