Big Game of the Week: Lincoln vs. Bethel

The KING 5 Big Game of the Week was a showdown between Lincoln and Bethel with big stakes on the line. 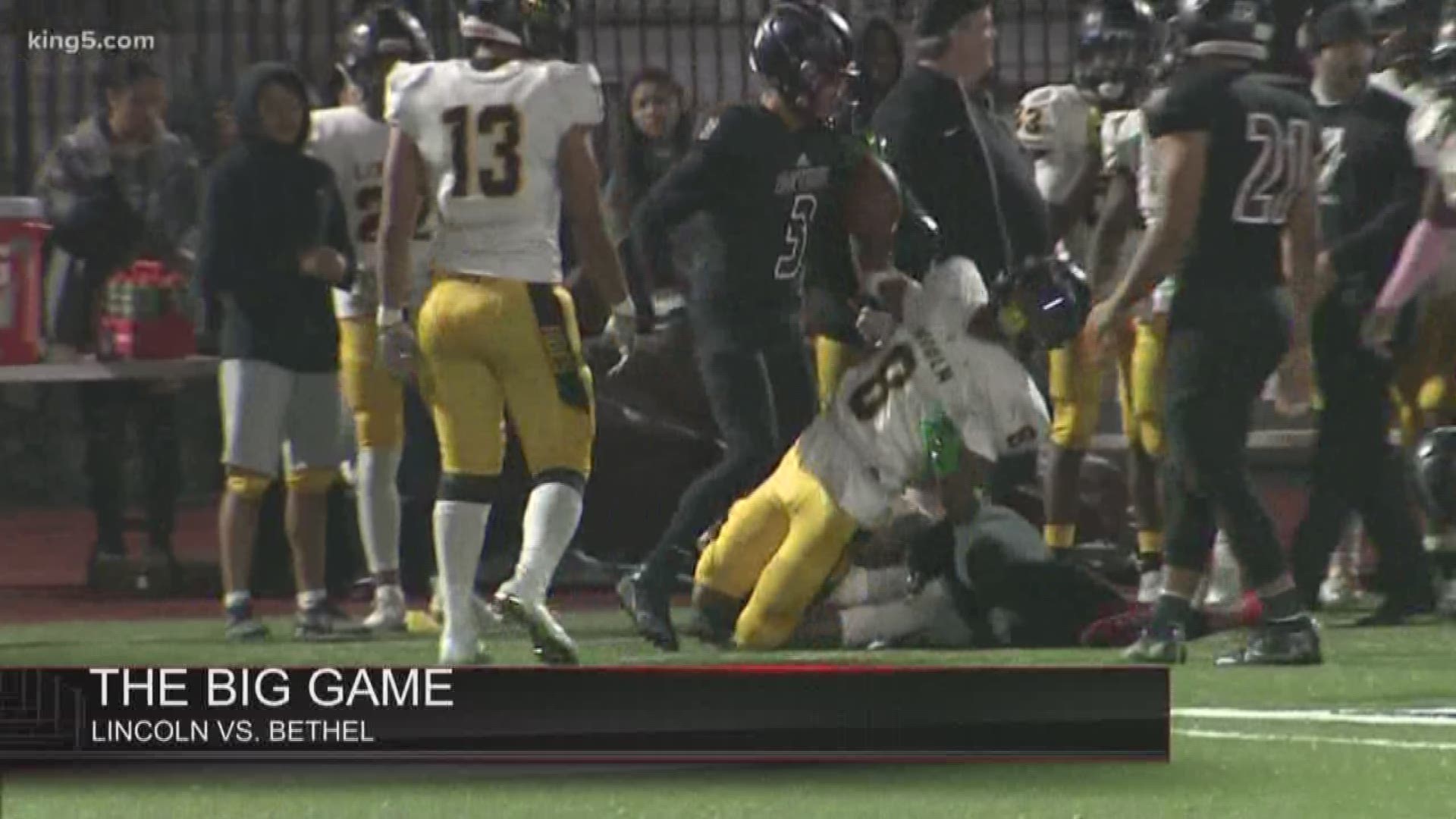 The KING 5 Big Game of the Week for October 26 featured Lincoln vs. Bethel. Both schools went into the big game with 6-2 records.

The Lincoln Abes and the Bethel Braves battled at Art Crate Field for the No. 2 seed in the 3A PCL and a home playoff game.

In the end, the Abes topped the Braves with a final score of 36-16 and earned that home playoff game.

The Abes were coming off a tough loss to Lakes, only their second league loss since 2016. Lincoln quarterback Caden Filer has led his team this year throwing for now more than 2180 yards and more than 28 touchdowns. 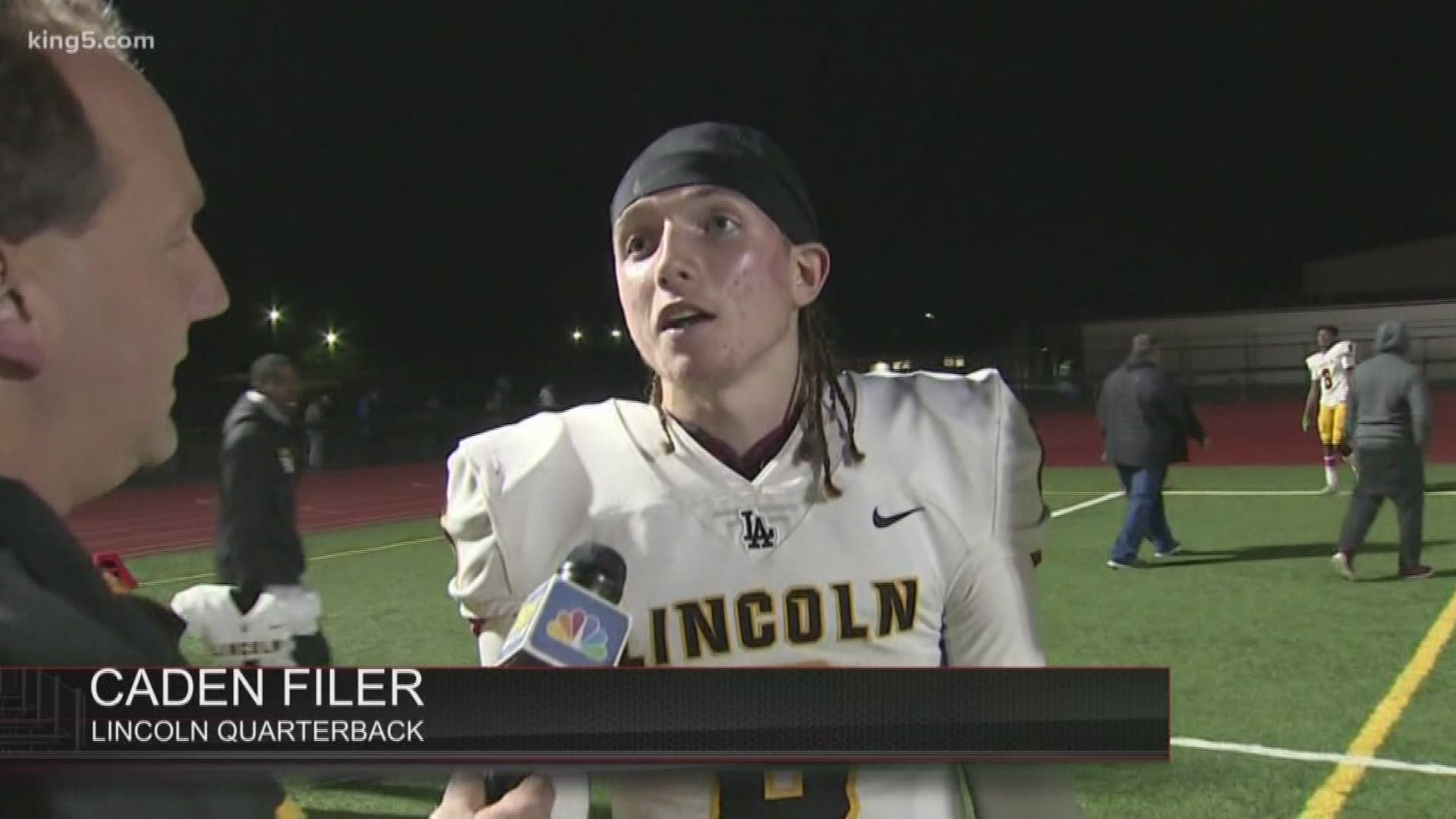 Bethel was happy to have their star quarterback Nate Hughes back from a shoulder injury. Hughes returned last week and led Bethel over Bonney Lake with 3 touchdown passes.

It was Senior Night for Bethel. In more ways than one. At halftime, the school honored the 1958 state championship team. Several players from the '58 team attended the ceremony.

KING 5's Chris Egan was there before the game, showing off his dad moves. We mean, dance moves.