Ferry passengers should prepare for a new set of changes in the coming months and construction crews open a portion of the new terminal building and adjust vehicle waiting lanes. 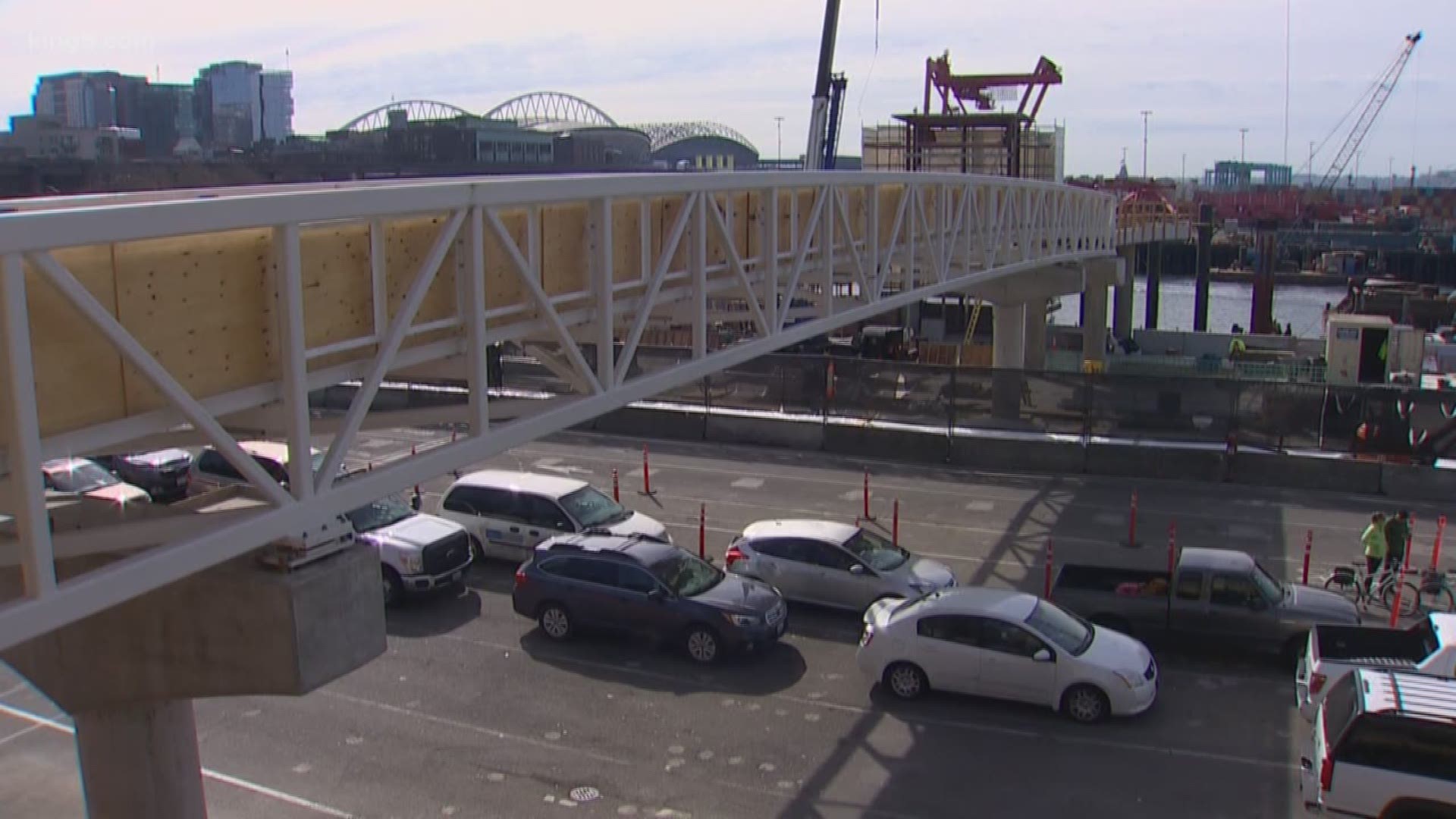 The Colman Dock ferry terminal is coming down. Construction crews are preparing to demolish the mid-century ferry terminal to make way for the new building.

Washington State Ferries says passengers will see big changes during the spring and summer months as construction brings the new terminal closer to its 2023 completion date.

Drivers crossing on the ferries should expect periodic changes to waiting lanes. Follow directions at the dock carefully while various lanes close and open to make room for ongoing construction work.

Passengers won't have to wait for another four years to see the new terminal. WSF plans to open one-third of the new terminal this summer before construction crews bring down the old terminal building.

A date has not been set, but a WSF spokesperson says the passenger-only terminal will open this summer.

Ferry passengers can access the new terminal structure this summer via the temporary Marion Street Bridge. Western Avenue closed between Columbia Street and Marion Street for construction of the pedestrian bridge.

The permanent bridge on Marion Street is not scheduled to open until 2023, along with the completed terminal building.

Until 2023, WSF says passengers will find fewer seats in the condensed terminal building and the limited space will not allow room for food vendors.