Michelle Statham of Bellingham looks like your typical grandmother. What you wouldn't expect is she has a career streaming video games online as TacticalGramma. 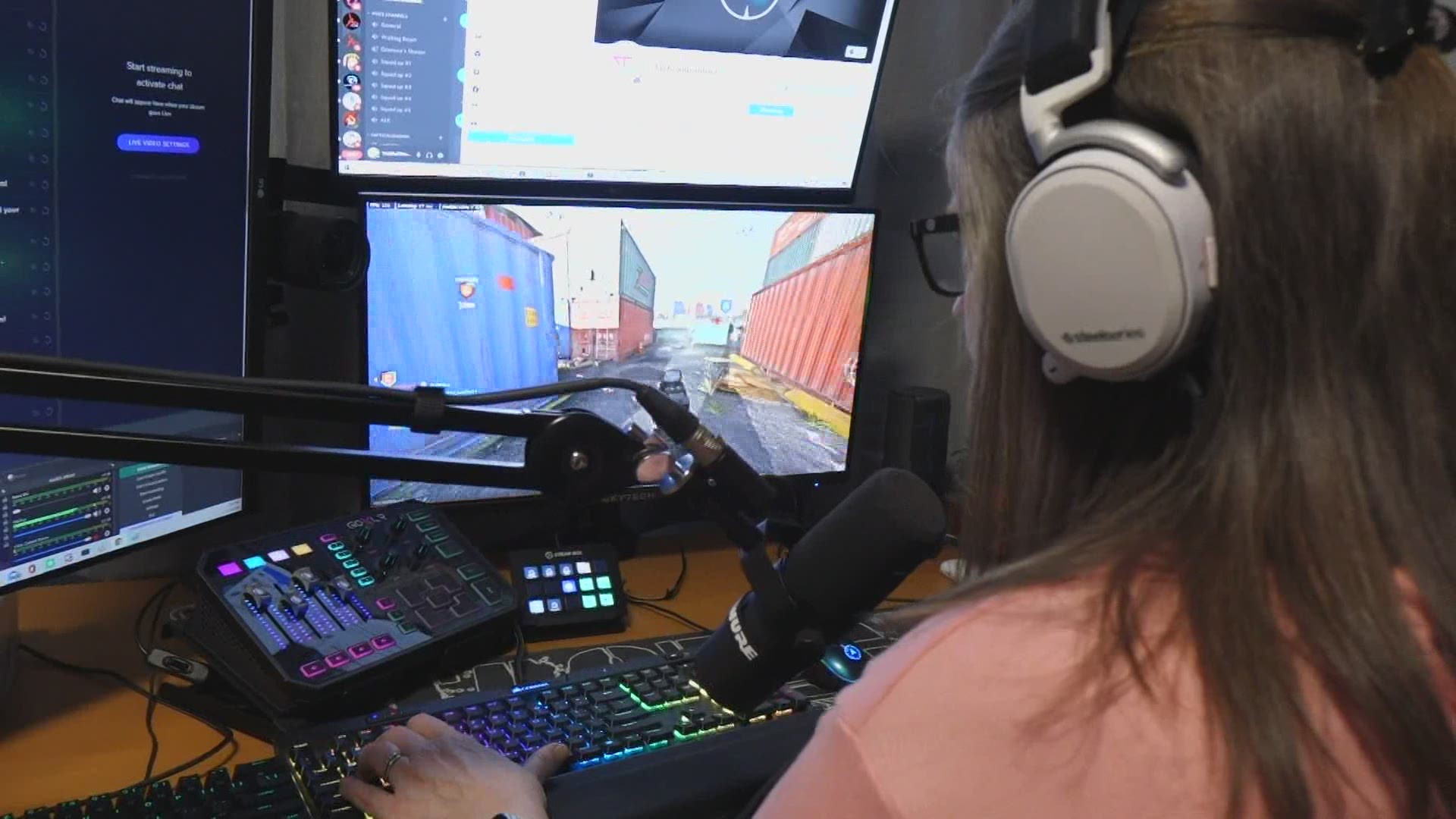 She’s only partially joking, though. During the coronavirus pandemic, Statham rekindled her love of video games and streams her hobby for the world to see.

“I grew up when Pong was invented and we had an Atari and would play games on Sundays.”

Statham suffers from arthritis, making it difficult to use a video game console controller. Her husband and son encouraged her to game on the PC instead. During the pandemic, Statham found she had more time to indulge in online gaming - and that's where she found her fame.

Over the past year, “Tactical Gramma” has built an impressive audience of fans online and live streams daily on Facebook.

“I’m streaming every day and more than 40 hours a week!” says “Gramma,” who is still in disbelief by her rapid success.

She’s isn’t playing Pong anymore and is most passionate about complex battle games like Modern Warfare. It was only about six months ago that Tactical Gramma realized her passion was becoming a profession. She posted a highlight clip in January and showed the internet just how precise Tactical Gramma can be with her aim.

That clip quickly racked up over 5 million views and the audience began to swell. Her following seems to be a wide range of gamers who are often impressed by her skills but tend to come back for the camaraderie.

Facebook gaming, TWITCH, Youtube and most social media platforms are filled with mentions of the Grandma gamer. Currently, she has over 625,000 fans on TikTok and leverages her support base to raise money for causes like St. Jude Children’s Research Hospital.

Statham says she only has a few friends from real life who join her streams.

“Most people my age can’t wrap their brain around how all this works and that people actually watch me play games and even give money,” she said.

While Statham games, her husband edits her videos, meanwhile her grandkids are completely unaware that they're living with a streaming celebrity. She's even signed autographs around town.

The rapid success has led to partnerships with Facebook gaming and she was gifted a flashy new computer and monitor set up from Skytech gaming. Tactical Gramma merch is also increasing in popularity and Statham says she most proud of the community she’s built.

During the Pandemic she’s found a bond with many people who simply feel lonely or sad. It’s a support group disguised with video games and led by a grandmother who just so happens to be quick on the trigger.