One city councilmember said the idea is to convert all homes to high-efficiency electric heat in the coming years. 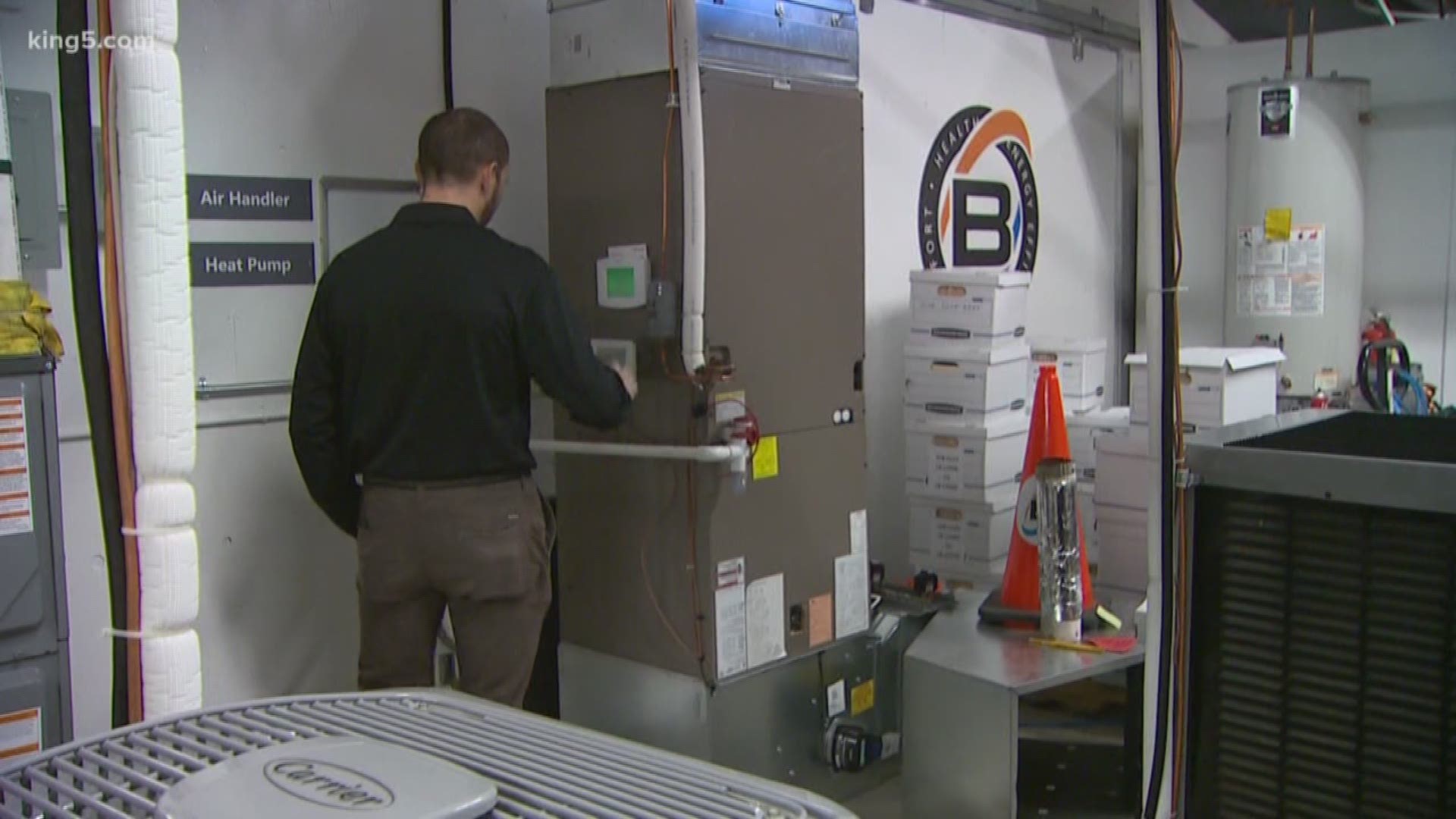 BELLINGHAM, Wash. — The city of Bellingham is pursuing an ambitious goal: zero carbon emissions by 2030.

One aggressive proposal could make Bellingham the first city in America to ban natural gas heating in homes.

In the years ahead, residents might have to spend thousands of dollars to convert their homes to high-efficiency electricity.

City Councilman Michael Lilliquist is one of the voices behind the movement.

Robinson worries about seniors being able to pay for the conversion and wonders whether it could worsen the city's affordable housing problem.

Robinson believes focusing on energy-efficient windows and appliances could reduce household emissions by 40% and cost homeowners much less money.

"40 percent is huge," she said. "That's something that's really doable and these sorts of energy efficiency payments are typically very reasonable. Everyone I've ever heard who does them loves them."

One option to deal with the cost of conversion would be to roll the cost into property tax or utility bills over a number of years.

As for that utility bill, engineer Jeff Aslan of Barron Heating and Air Conditioning said that's not an issue.

"At the end of the day, your electric bill isn't going to be any different than your gas bill," said Aslan. "Electric heat pumps actually save more energy than they use. I'd say it could be a good thing for a lot of folks."

The proposal is one of many being considered to help shrink Bellingham's carbon footprint. The city is planning a series of community meetings to get feedback.

It will be about 18 months before the City Council begins to take the issue up. Any conversions would likely come in phases over the next 15 years or so.

RELATED: Natural gas rates to increase in Washington on Nov. 1