"We can't change the fact they have cancer, but we can change how they live with it." 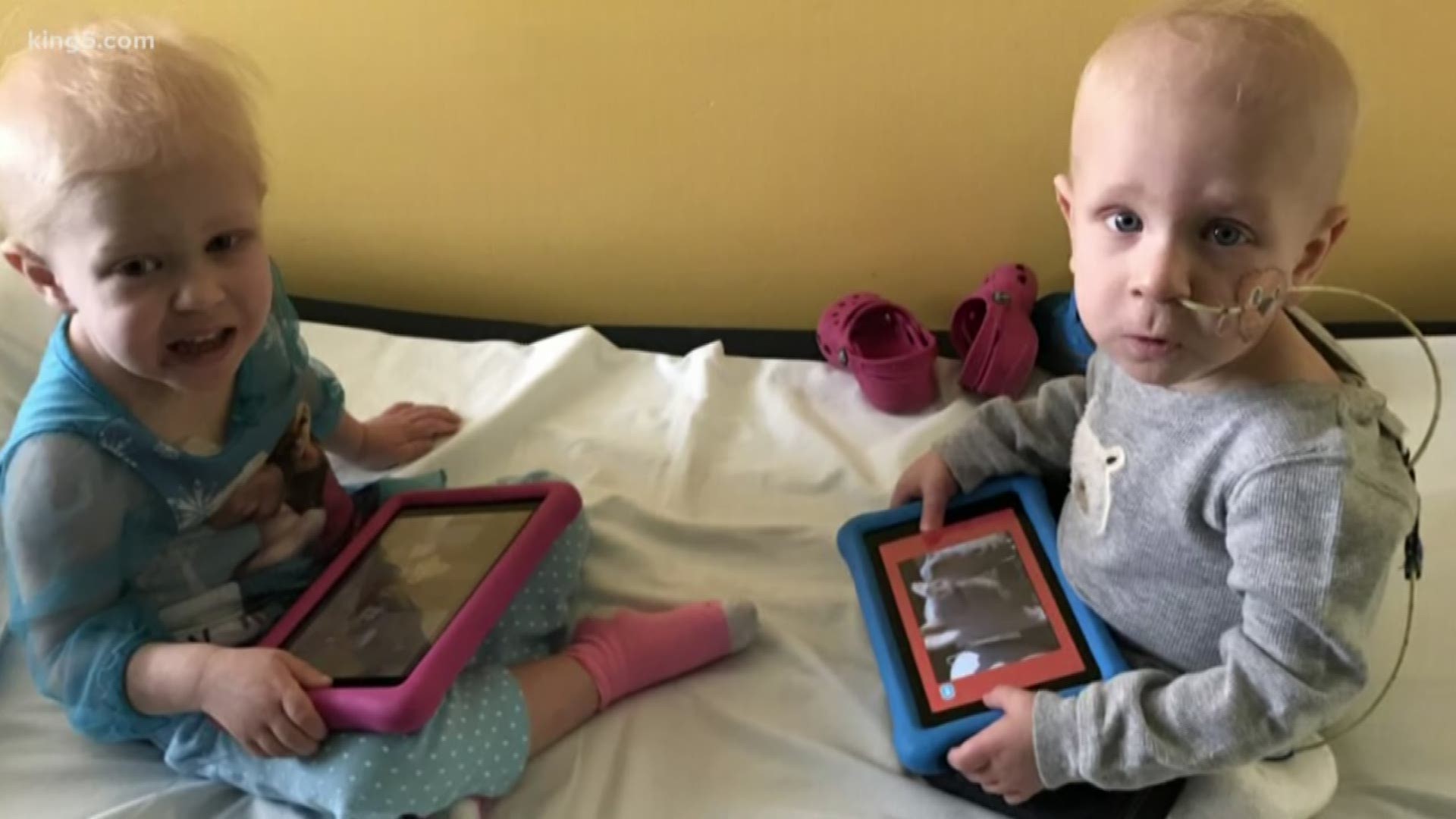 BELLINGHAM, Wash. — Bellingham neighbors came together to bring some joy to two children diagnosed with cancer by surprising them with a playground in their backyard.

"We told them we were building tomato plant boxes," said Eric Newman, a cancer survivor who now helps build playgrounds for kids with cancer.

Volunteers, including those from the "No Name" motorcycle club and the Weinerschnitzel restaurant in Everett, descended on the Swanson family's home and did in three hours what it often takes people three days to do.

They built an elaborate play structure, complete with swings, a slide and a sitting area.

4-year-old Eliza Swanson and her younger brother Oliver were led to their backyard blindfolded. Volunteers and their family looked on as the surprise was revealed.

Kara Swanson, their mother, said as she pushed a blissful Eliza on the swing, "This whole cancer treatment is really hard. This gives us hope."

The mission is to build a belief in the importance of playing.

"Playing is a universal language," said Newman. "Playing busts down every barrier out there in this entire world. They should be playing on pirate ships and castles and all that gets replaced with hospital rooms. That's not right."

Eliza Swanson has cancer that has left her blind in one eye. Just two weeks after her diagnosis came, her parents learned that Oliver had been diagnosed with leukemia.

"I mean, it just felt like we were being punched in the gut," said Kara Swanson. "It felt like everything was falling apart."

"It kind of rocked our world," added Seth Swanson, Eliza and Oliver's father.

The future remains uncertain for the Swanson family, but they can be sure that despite the tough times ahead, there will be a lot more happiness.

"We can't change the fact they have cancer," said Newman, "but we can change how they live with it."