Zach Mclean is one of the hardest working athlete's that strength coach D’Anthony Smith has ever worked with. 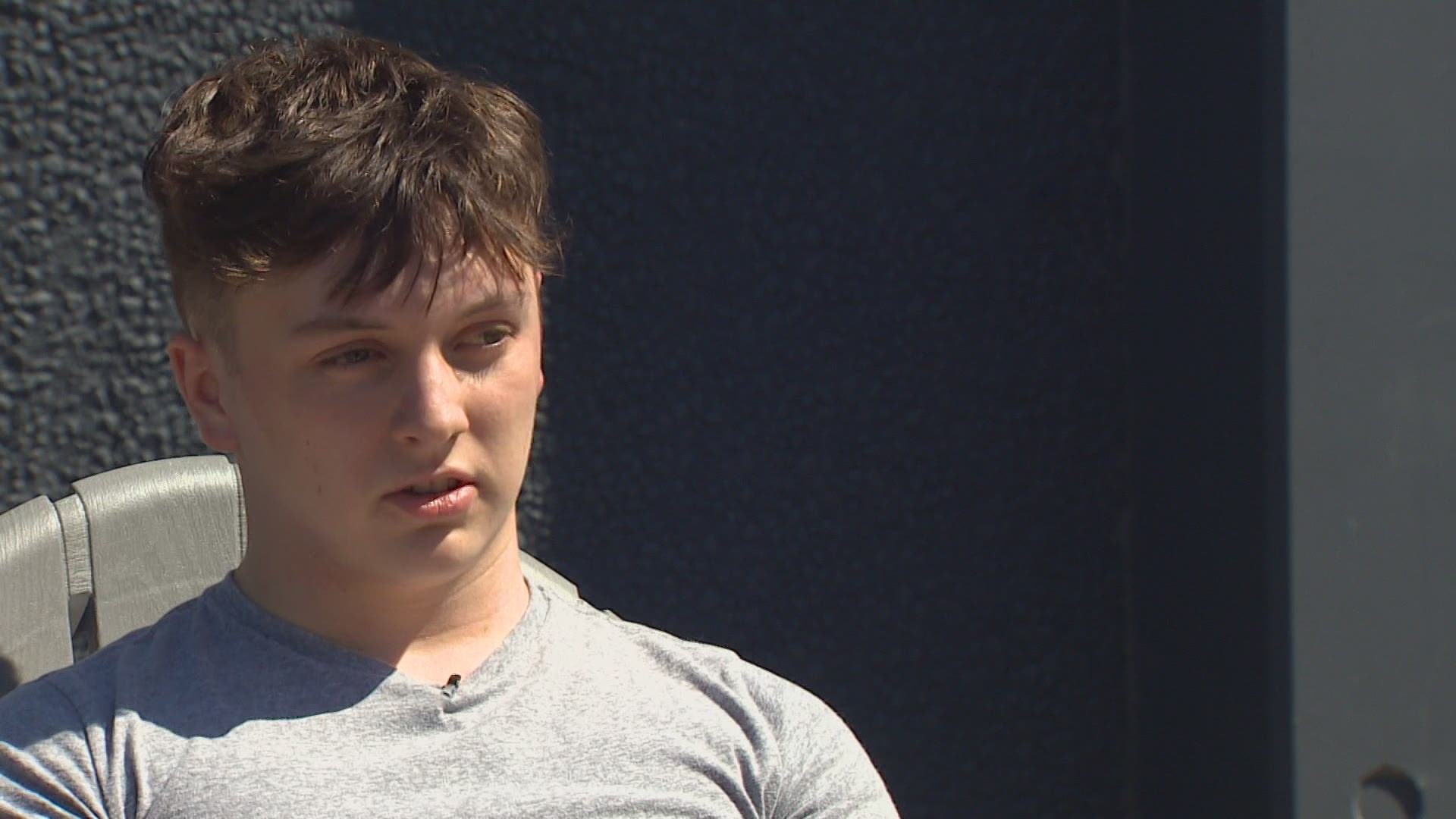 BELLEVUE, Wash. — In the world of sports, we’ve heard many athletes say they play with a chip on their shoulders. Interlake sophomore Zach Mclean is using that chip to fuel his fire.

Zach Mclean is one of the hardest working athletes that strength coach D’Anthony Smith has ever worked with.

“Man, we all have our motivation in this lifetime and, you know, he told me a little bit about his story, how things went for him. He knows, hey, he's not going to happen to him again. And as a result of that he's putting in the work to make sure it doesn’t happen," Smith said.

From kindergarten through junior high, Zach had to put up with a lot.

“I’ve always, like, been bullied as a kid, just because of my eyes and, I mean, it was every other day. Whether that was getting beaten up or just adults to kids my age making comments; it was something every day," Zach said.

Zach's mother, Heather, said they didn't know this was going on until he finished eighth grade.

"It wasn't until he left junior high - like right after he graduated from eighth grade - that he just unloaded all of this one night. So, yes, it's hard. It's horrible," Heather McLean said.

Zach was born with a rare defect in his eyes. He has marks on his retinas, which obstruct his vision.

“I can see shapes and colors. The best way I can describe it is, I just don't see detail," Zach said.

Zach is legally blind, but his parents didn’t want that to be his entire story.

"We said, you know, it's not going to impede him. We're not going to let it affect him. So, we, you know, put him in sports, and tried to give him everything to succeed," Zach's father, Pete McLean, said.

Zach tried it all: baseball, soccer, even MMA. But it was football he fell in love with.

“Football very much became like that outlet where I could go," Zach said.

He may not have the best vision, but he still finds a way to dominate on the field.

“I mean, first thing's first, he has to beat the man in front of him. That's what we teach here. He puts his hands on him, he controls that blocker, he knows where that guy's going, and he knows where the ball is at. So, he knows how to play," Coach Smith said.

"I don't think it plays a factor at all,“ Zach said.

Picked on, beaten up, dismissed. Moments that magnified Zach’s tenacity.

"When somebody tells him that he can't do it. You know it makes him work that much harder. And, yes, it pisses him off,“ Pete said.

“For a long time, it hurt, and I couldn't let it go. But I think it's more sticks and stones and I feel like does fuel the fire," Zach said.

Right now, no surgery that can improve Zach’s vision, but then again, his sights seem pretty set. He’s up every day at 6 a.m. lifting and running. He spends five to six days a week with D’Anthony Smith trying to become the best defensive lineman in the country.

“I want to take it as far as I can go. I don't want to just stop at college, I want to go pro and be the best player that I can be," Zach said.

After his shortened high school season this year, Zach has received interest from more than four colleges to play football for them. He's hoping that number will go up even more next year with a full season.

Zach's parents say that after 16 years of research they have only discovered one other person in the world that suffers from the same eye condition Zach does.