Volunteers in Bellevue are helping clean up the mess left behind after looters damaged property and stole from businesses on Sunday. 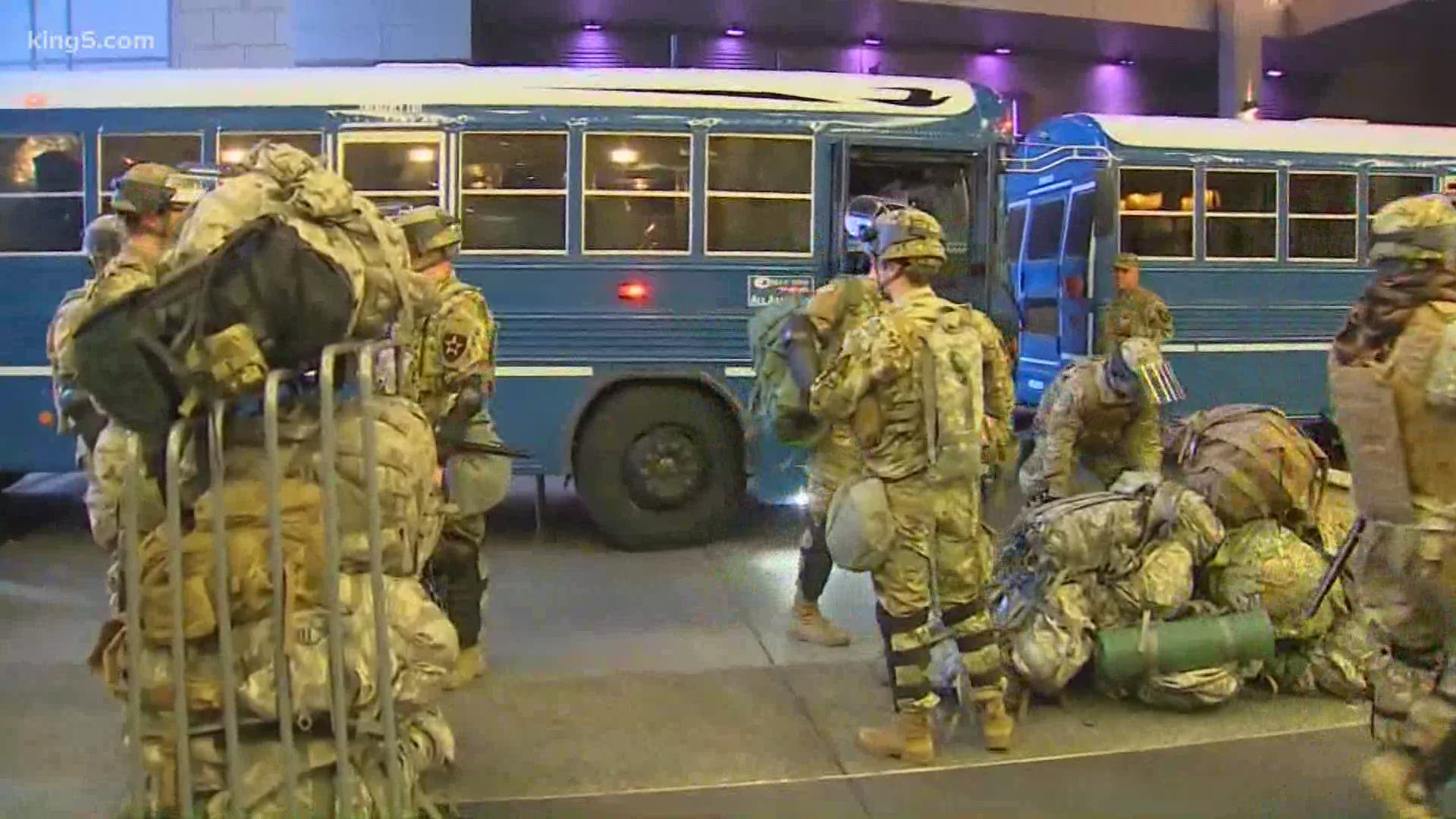 The Bellevue Chamber said volunteers were meeting at the north end of Bellevue Downtown Park at 10 a.m. to help with the cleanup effort.

“If you choose to attend please remember your mask, your social distancing habits, your cleaning supplies, and your compassion for others," the chamber tweeted.

The cleanup effort comes after dozens of people broke into Bellevue Square Mall during protests and looted “many” stores, police said.

"I didn’t even hear George Floyd’s name," Mylett said. "They’re not here to protest what happened."

There was looting throughout downtown Bellevue, destruction of property, and assaults on innocent bystanders and police officers, according to Mylett.

An XFINITY store was also vandalized and looted Sunday. Glass covered the ground and electronics were ripped from displays. Looters also hit the Macy’s, and there were reports of looting at a New Balance store as well.

Gov. Jay Inslee activated up to 200 more Washington National Guard members to help Bellevue respond to looting. Guard personnel will be unarmed and work under the direction of local leadership.

Chief Mylett said it is the first time in his tenure that the city has asked for National Guard help. 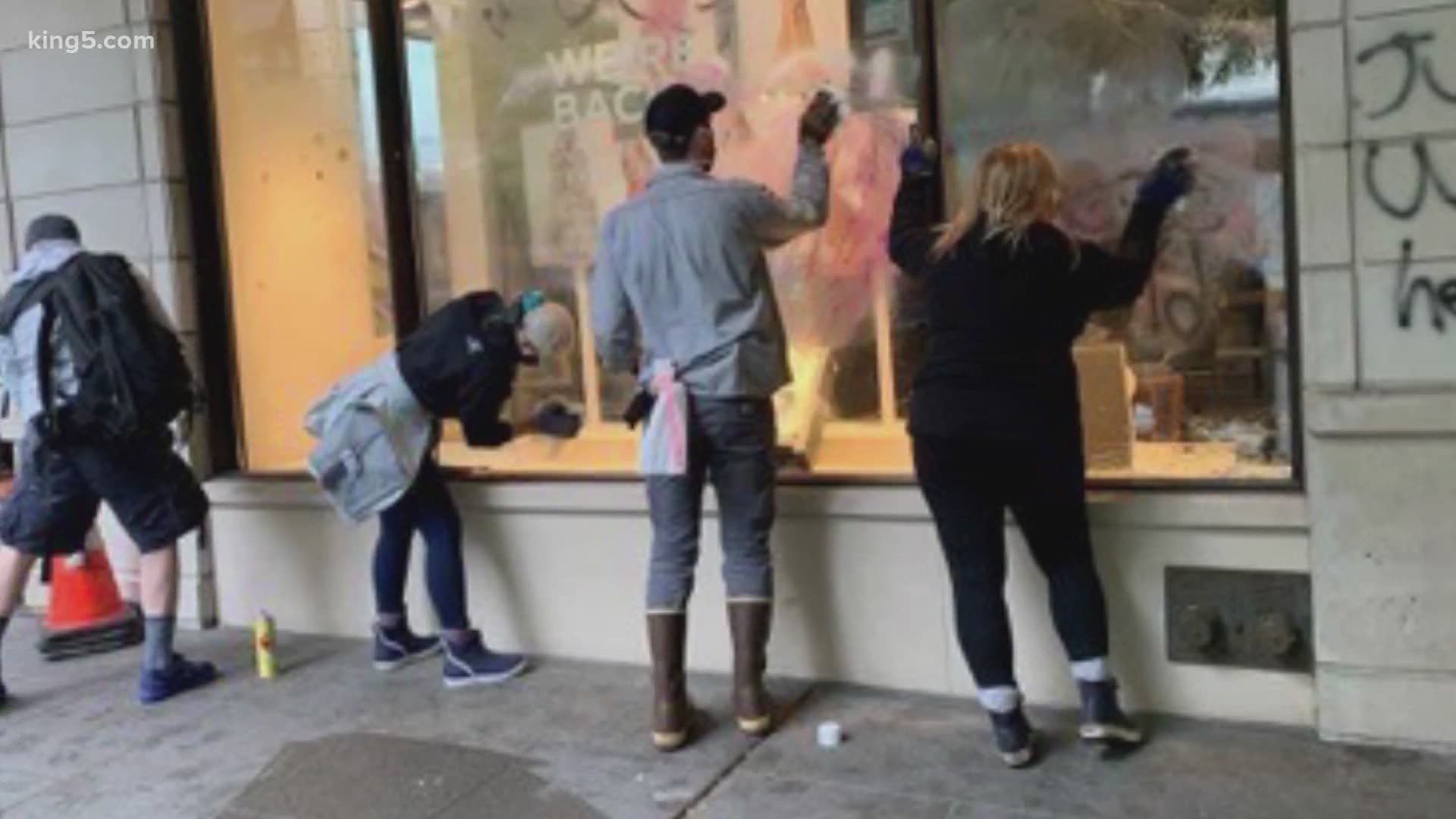 Meanwhile, some businesses on the Eastside were already gearing up for possibly more looting Monday. The city of Kirkland strongly recommended all businesses close their brick and mortar locations at 1 p.m. and secure their buildings in case of more incidents.

“We are receiving reports that Kirkland is a possible target for looting and destruction,” City Manager Kurt Triplett said in a statement. “Out of an abundance of caution we’re encouraging these precautionary measures to help prevent any criminal activity that could cause further damage to our local businesses and community.”