The swimming areas at Meydenbauer Bay Park and Newcastle Beach Park both closed in the last week. 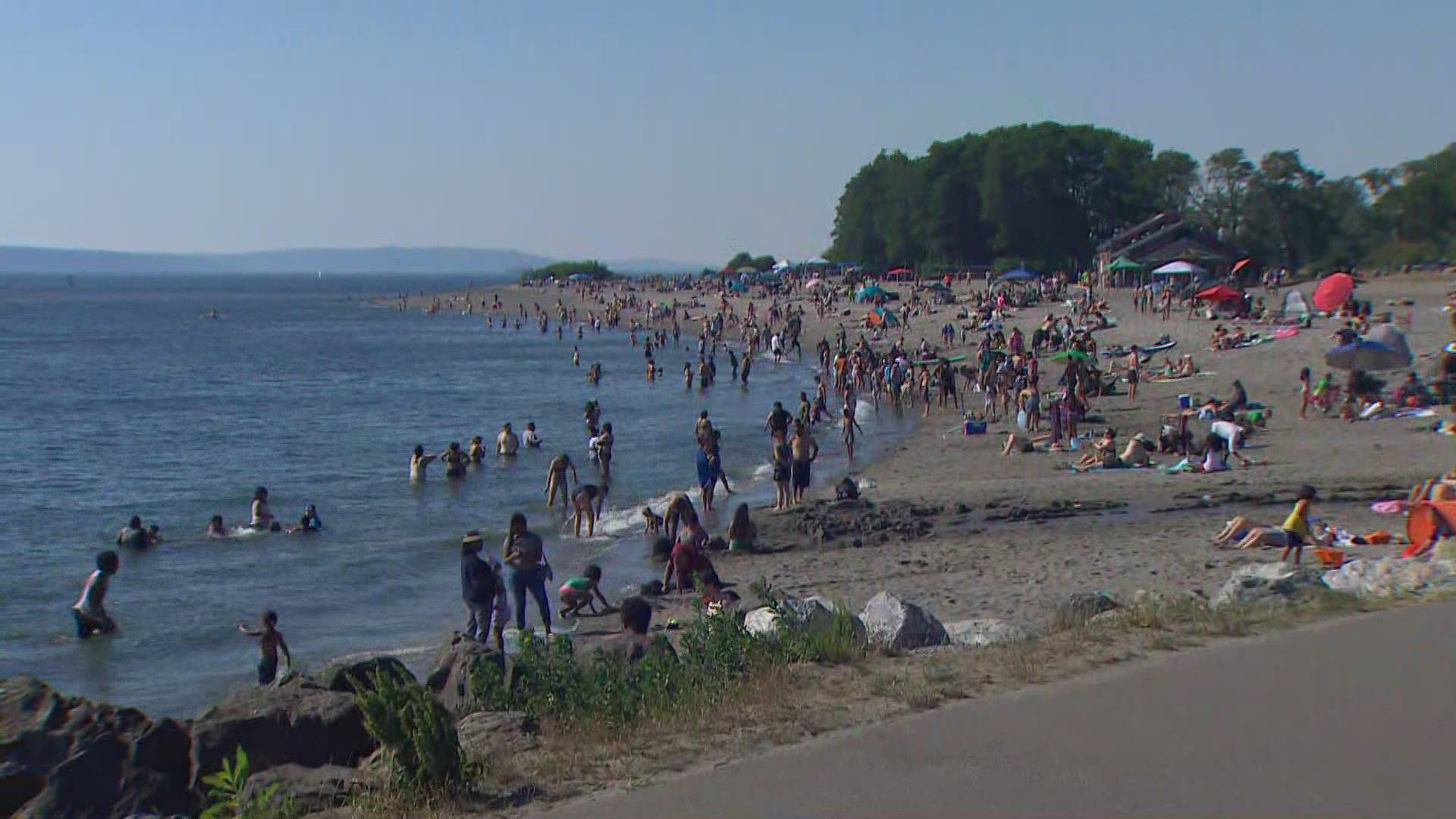 Editor's Note: The above video about residents flocking to beaches was published in June 2021.

BELLEVUE, Wash. - Two Bellevue beaches have been closed in the last week due to high bacteria levels.

Meydenbauer Bay Park beach closed on Aug. 13, and on Wednesday, officials closed Newcastle Beach Park’s swim area, according to the city of Bellevue.

King County routinely measures for bacteria, among other things, at its freshwater swimming beaches each week and, based on the data they collect, can recommend the beach manager close the water to swimmers.

Newcastle Beach Park, located at 4400 Lake Washington Boulevard SE, is the most popular beach park in Bellevue, according to the city.

This is the second time this summer Newcastle Beach Park’s swimming area has closed due to high bacteria levels.

The swimming area, along with the beach at Meydenbauer Bay Park, will reopen once the bacteria levels are determined to be safe.

More than a dozen western Washington beaches were closed during extreme heat events earlier this summer after high temperatures acted as an incubator for the bacteria.

Since 2019, bacteria monitoring for King County swimming areas switched from measuring the presence of fecal matter to measuring E. coli, which was found to be better at measuring risk level.

Exposure to E. coli, most strains of which normally live in the intestines of humans and animals, can cause serious illness.

While the beaches are closed, both parks remain open for other recreational activities.

There is also a closure at Hidden Lake Beach in Shoreline and a toxic algae warning at Hicklin Lake in White Center.