Bellevue officers found sticks and rocks along the route for a planned protest on Saturday. However, the protest remained peaceful. 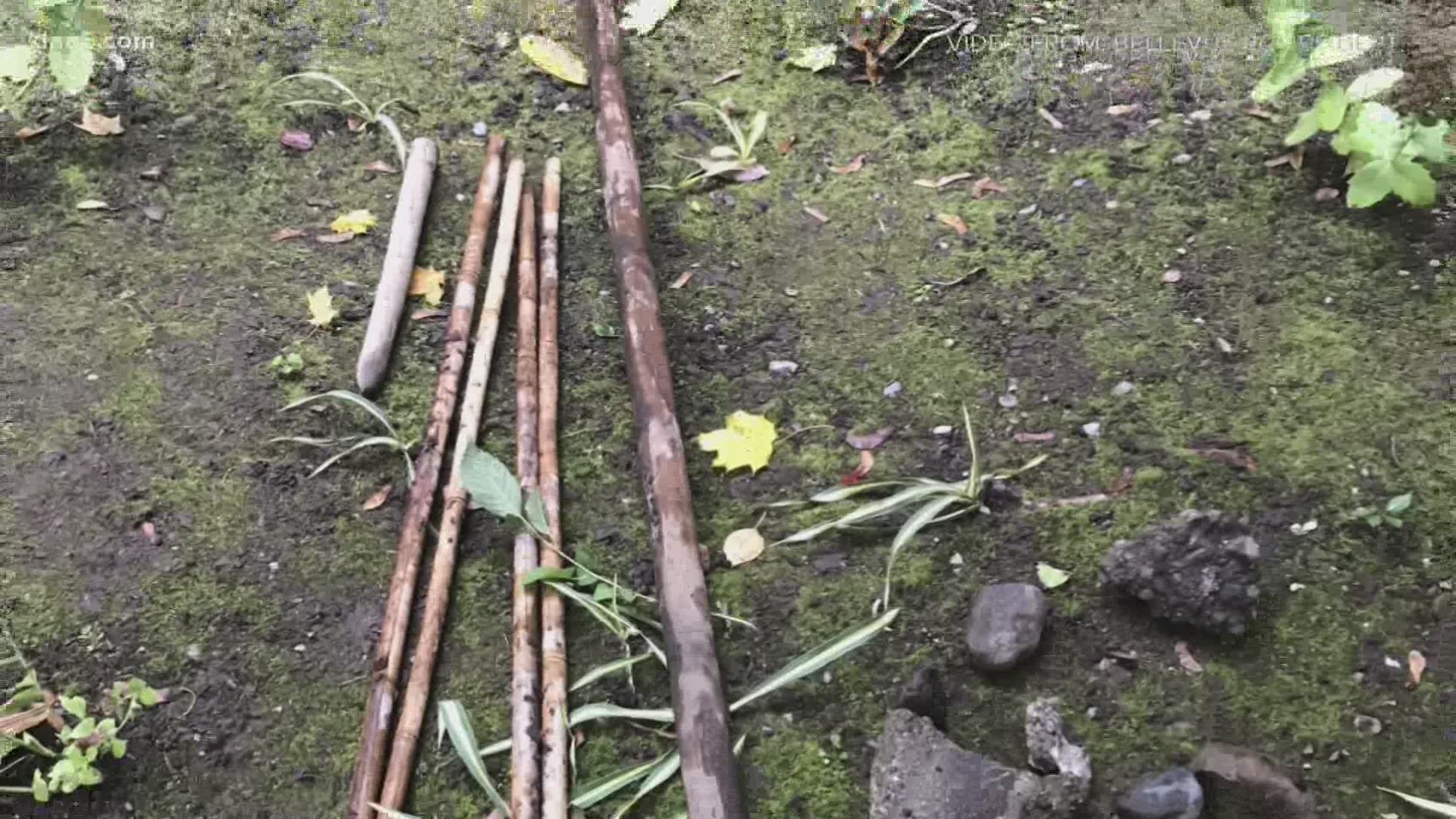 The order was lifted Saturday at 11 p.m.

The mayor can declare civil emergency if there is a riot or unlawful assembly that threatens people or property or the threat of one occurring.

Overall the Saturday protests remained peaceful, and Bellevue Police Chief Steve Mylett called it "a win for all involved."

Protesters demonstrated for about four hours chanting "Black lives matter," as well as profanity about police. Another protester tagged the ground with spray paint, according to police.

The group continues to march in the middle of the streets. One is tagging the roadway with spray paint. We have made one arrest for Driving with a Suspended License. pic.twitter.com/GXB57rd4P5

Bellevue police made one arrest for driving with a suspended license.

No injuries or property damage were reported.

The day before the protest, Bellevue police said they found sticks, rocks and propane tanks along the protest route.

The emergency order banned weapons used with the intent to harm people or property in the downtown area. The ban covered items such as rocks, bottles, pipes and incendiary devices. It did not include firearms.

Bellevue City Attorney Kathy Gerla said excluding firearms from the weapons ban was due to a state restriction that preempts local governments from regulating the possession of firearms more stringently than the state does. However, the state does allow cities to prohibit the discharge of firearms under certain circumstances.

The city also requested assistance from law enforcement in neighboring jurisdictions to “maintain safety and order.” 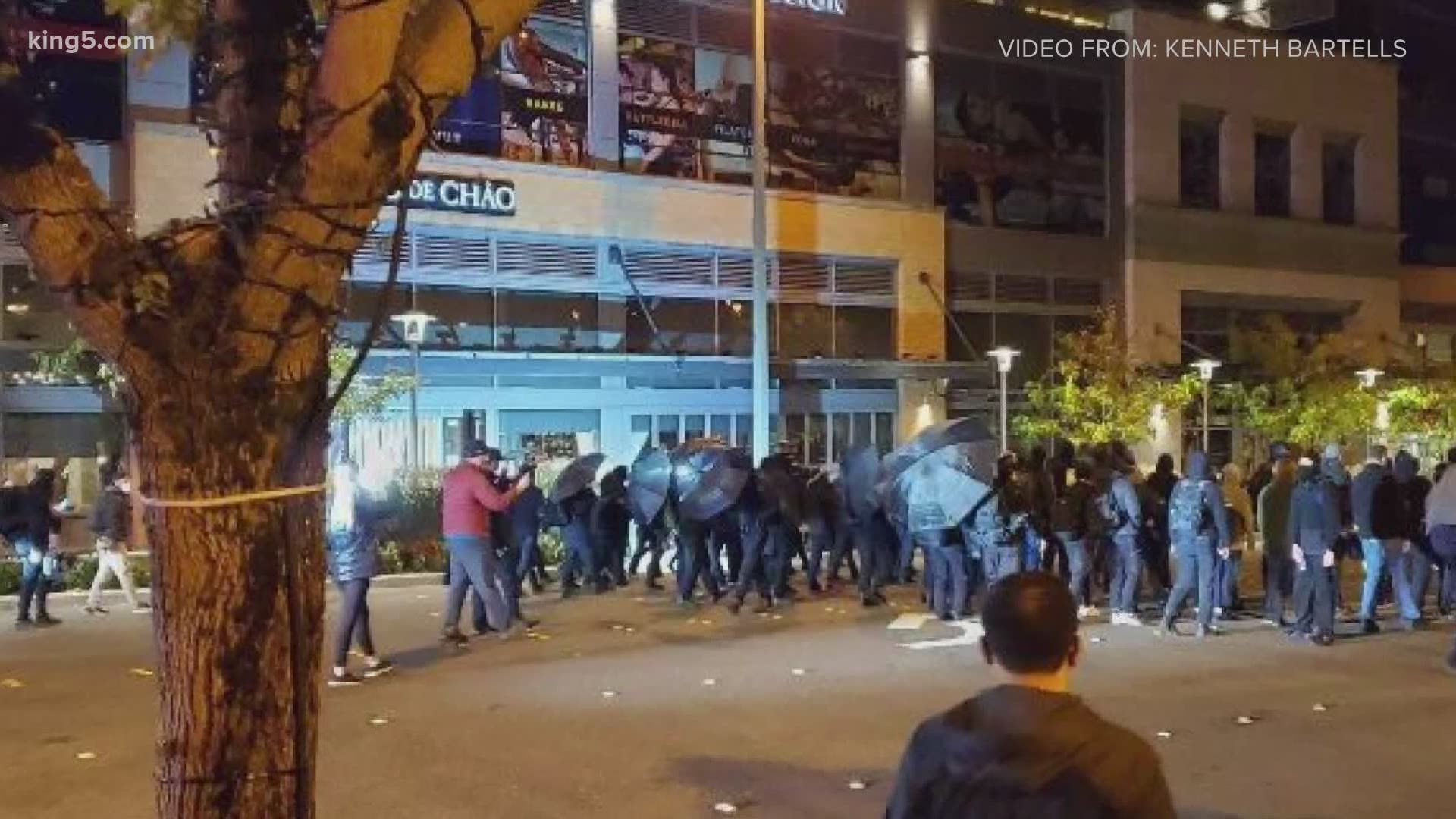 RELATED: 70 suspects referred to prosecutor after May looting in Bellevue