Police say a recent fatal shooting in downtown Bellevue was a domestic violence homicide. An advocate for victims says these crimes are 100% preventable. 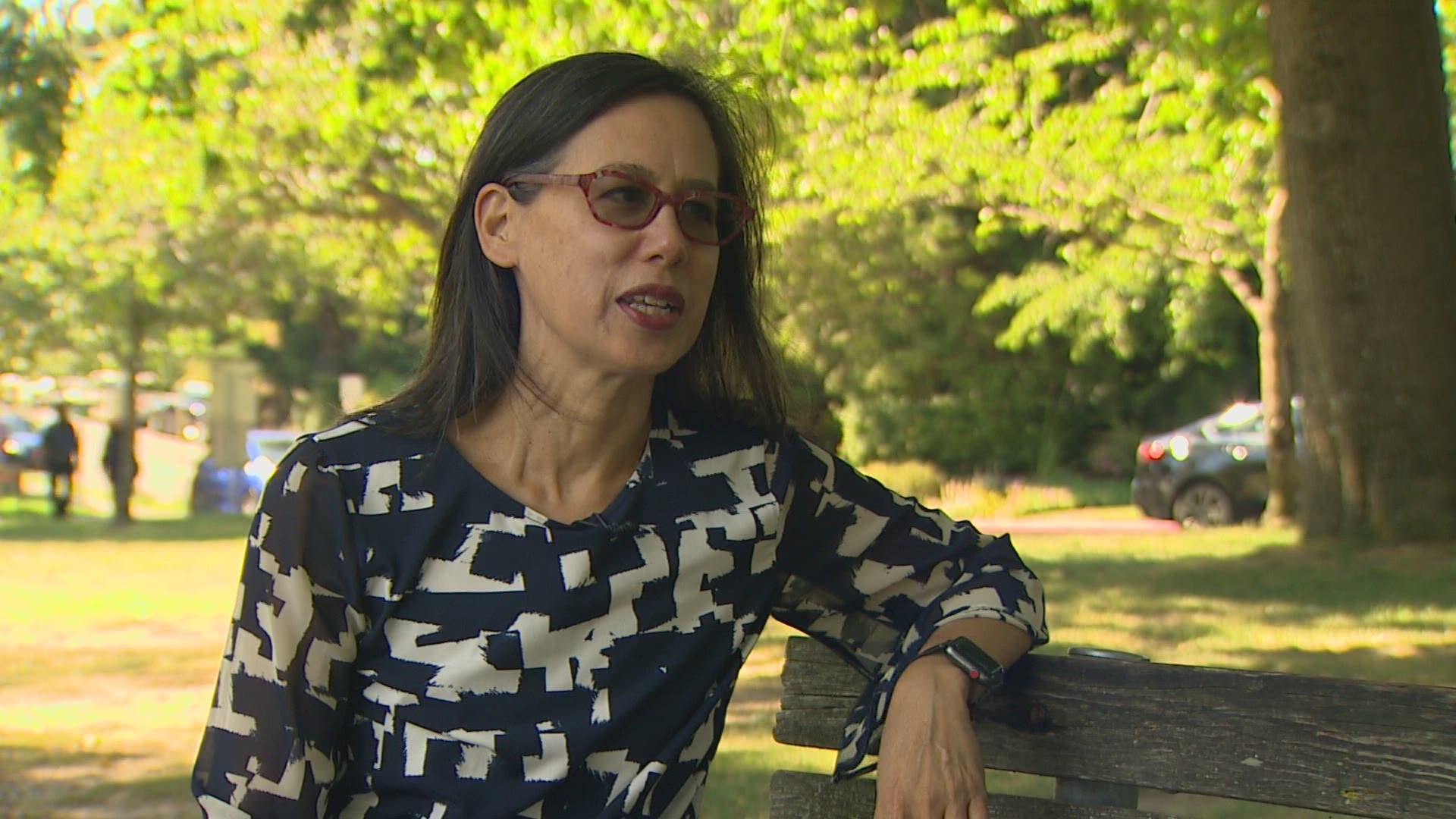 SEATTLE — Court documents show the man who opened fire inside a Bellevue tavern Monday shot and killed his estranged wife because she was seeing another man.

Police say it was a case of domestic violence homicide. The suspect allegedly planned the shooting, found a gun, and targeted the woman at her workplace.

“It's an unspeakable tragedy. It's devastating for families and for the surviving children, and it happens too often,” said Judy Chen, executive director of the Washington State Coalition Against Domestic Violence.

Her message is that these crimes can be prevented.

“It used to be that people thought this was a problem behind closed doors, it's a family secret. Nobody says that anymore because we know that it's really common and now we know that there are things people can do to help,” Chen said.

She says people can watch for warning signs like fear, economic control, and someone isolating from family and friends.

Chen says someone reaching out to help should then ask a question, like, “What are you most worried about?” Then listen carefully and stay connected to a potential victim.

The King County Prosecuting Attorney's Office said there have been seven domestic violence homicide cases so far this year, including the Bellevue shooting. They follow a sharp uptick in those crimes last year.

“What we're seeing statewide is that there definitely are not enough resources for survivors of domestic violence and their children, communities have been really generous, and we need more support,” Chen said.

Chen said some regional domestic violence programs have seen calls for help double, an encouraging sign that people are reaching out, but also deeply troubling that so many people feel trapped.

The Washington State Coalition Against Domestic Violence has a guide for family and friends who want to help a potential victim.