Tens of thousands of dollars of merchandise have been recovered, as well as alcohol, tobacco, weapons and drugs. 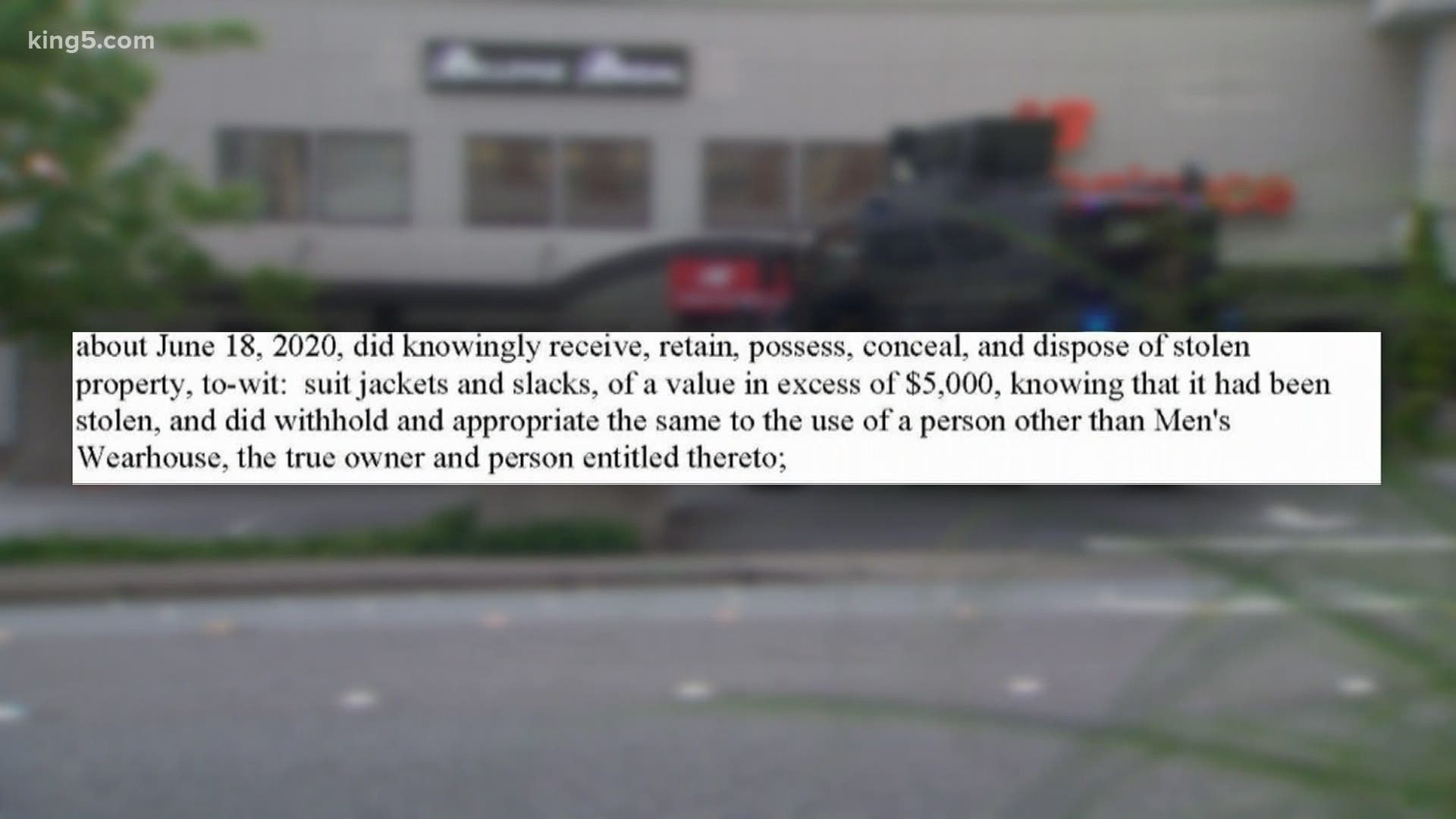 BELLEVUE, Wash. — Bellevue police announced that they have made "significant" arrests and recovered tens of thousands of dollars in stolen merchandise from incidents of looting May 31.

Bellevue Police Chief Steve Mylett said the looters who broke into Bellevue Square mall and other downtown businesses were simply there to destroy.

"I didn’t even hear George Floyd’s name," Mylett said at the time. "They’re not here to protest what happened."

Mylett reiterated during a June 23 update that he believes none of those arrested were involved in the peaceful protest, but came for other reasons. Some are believed to have gang affiliations, he said.

According to Mylett, 23 people have been arrested in connection to the looting. About 100 others have been identified for questioning.

"There was a well-organized plan, yes," he said.

They believe most of those arrested came from the Seattle-Bellevue area.

There was looting throughout downtown Bellevue on May 31, destruction of property and assaults on innocent bystanders and police officers, according to Mylett.

A 26-year-old in Renton was arrested for his involvement in the looting. During his arrest, police recovered several weapons, including an AK 47, ammunition, meth and other drugs, and a silencer that was hidden in a baby's crib.

Detectives also confiscated weapons, drugs, and cash. Additionally, they recovered $19,000 of clothes. Police displayed some of the recovered items at a Tuesday press conference.

Mylett also addressed his previous comments that there is a "perception" in the public that police stepped back and allowed looting to occur. He said officers out there prioritized preventing loss of life, and stopping assaults and arson.

“We had a limited number of resources," he said. "We prioritized our purpose out there, and we are now in the position where people thought they got away with it. I remember, I was out there and saw people laughing and yelling expletives at us thinking that they were going to walk away without being held accountable. Well, we’re starting to hold people accountable, and we’re going to be making more arrests.”

He said the department was counting on mutual aid from Seattle, which was not available.

Mylett said during the incident that this is the first time in his tenure that the city has asked for National Guard help.

Police say submitted pictures and video of the incident are helping them identify those involved.

Mylett said he believes there were two groups involved: the organizers of the looting and those who were opportunists. Detectives are still determining each person's role.

"We're just getting started. This is going to be a long process... we're going to stick with this as long as we need to," Mylett said.