Following national outrage, Bellevue-based Valve Software announced it will no longer host a video game that allows gamers to play as an active shooter in a school setting. 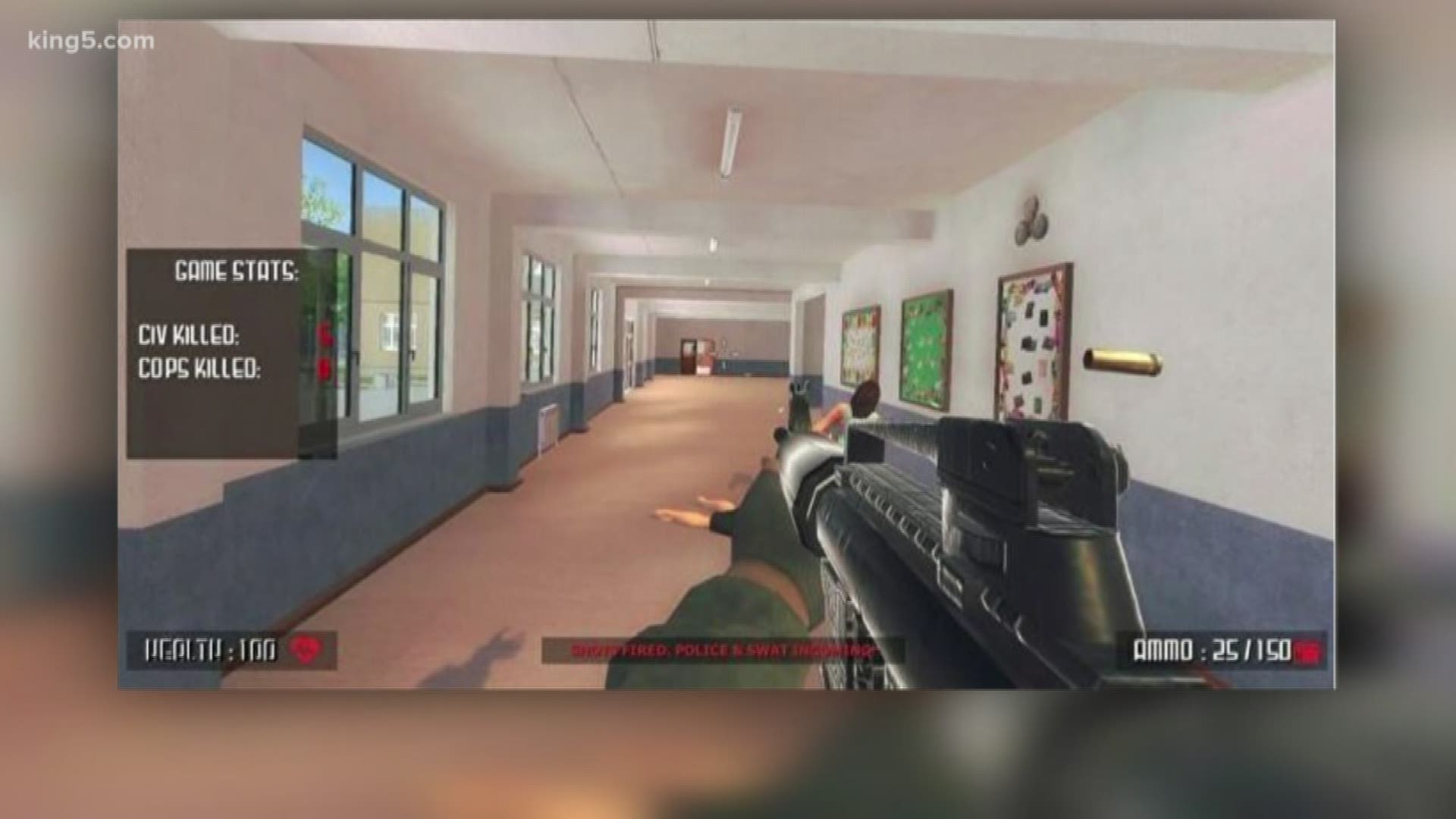 Bellevue-based Valve Software will not offer a video game that simulates school shootings.

More than 150,000 people signed a petition for Valve Software to block Active Shooter from its Steam platform. GeekWire reports the first-person shooter game was made by Russian developer ACID and would allow gamers to play as SWAT members or the shooter, in a school setting.

The game was scheduled to launch June 6, but Valve announced Tuesday it would stop doing business with the developer. Valve spokesperson Doug Lombardi shared this statement with KING 5:

"We have removed the developer Revived Games and publisher ACID from Steam. This developer and publisher is, in fact, a person calling himself Ata Berdiyev, who had previously been removed last fall when he was operating as "[bc]Interactive" and "Elusive Team". Ata is a troll, with a history of customer abuse, publishing copyrighted material, and user review manipulation. His subsequent return under new business names was a fact that came to light as we investigated the controversy around his upcoming title. We are not going to do business with people who act like this towards our customers or Valve. The broader conversation about Steam’s content policies is one that we’ll be addressing soon."

Jason Pace, Executive Director of UW Bothell's Digital Future Lab, discussed the role of violent games on society, "We look at video games as one snapshot in our culture. We are saturated with increasingly violent media… We have to have conversations, not in a vacuum, but looking at the overall landscape of our media." See his full interview at the video above.

Prior to its removal, the video game sparked national outrage across social media:

I have seen and heard many horrific things over the past few months since my daughter was the victim of a school shooting and is now dead in real life. This game may be one of the worst.

This is inexcusable. Any company that develops a game like this in wake of such a horrific tragedy should be ashamed of itself. https://t.co/jjp6LxNWhC