Jessie Woolley-Wilson is helping create more interest in space by introducing easy STEM-based teachings in hopes to get more diversity up to the moon. 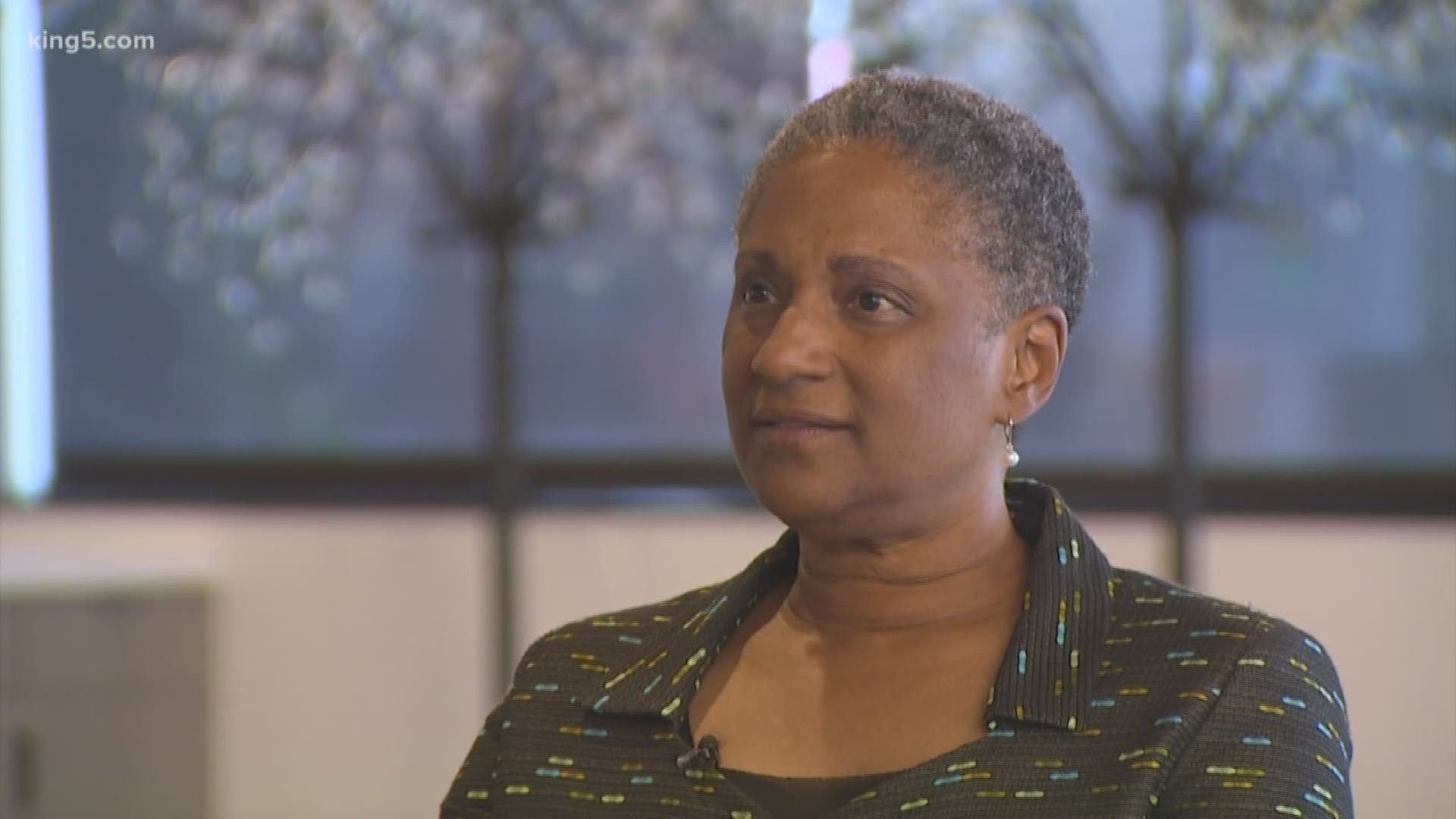 BELLEVUE, Wash. — This year, America celebrated 50 years since we first stepped out of Apollo 11 and onto the moon. It's a great sense of accomplishment, but for Jessie Woolley-Wilson it's also a reminder of how far we still have to go to make space travel accessible.

Woolley-Wilson is the Chief Executive Officer of DreamBox Learning in Bellevue, an adapted math technology that helps kids learn mathematics.

"It's a personalized learning platform that helps kids study how they're thinking and how they're solving problems, to make sure they get the exact lesson they need to learn," said Woolley-Wilson.

She wants to create more interest in STEM (science, technology, engineering, and mathematics) for kids in hopes to get more diversity up to the moon.

Woolley-Wilson looked back at a photo taken at the control center as Apollo 11 landed on the moon and a few things stuck out to her.

"The first thing I thought about was the picture at the control center. All of these people who have labored for weeks maybe years to achieve this feat and a sense of collective American pride and accomplishment which was not even envisioned. It was radical. Then I thought, where are all the women? Where are the people of color?" Woolley-Wilson asked.

Woolley-Wilson said representation is critical and making sure kids know that they belong everywhere is the key.

She also said we need to make sure kids have access and opportunity to study STEM.

In 50 years from now, Woolley-Wilson hopes there will be more groups of people represented in another one of those photos.

“I hope to see a lot more women and people of color. I hope to see a lot of joy for individual and team accomplishment and I think sometimes we’re so focused on doing well for ourselves, what can we do with that opportunity to make sure that more opportunity can be extended to others that might not have it. At the end of the day we have to make sure that transformation technologies don’t only benefit the privileged, it’s really really important. That’s not good for society,” said Woolley-Wilson.

DreamBox Learning currently helps 3 million kids across the country. They're in every state and also parts of Canada and Mexico.

The company started in 2006 with the idea to teach math differently.

RELATED: 50 years later, the moon is still great for business