The recent barge fire on the Duwamish River has water quality activists demanding answers about the toxins released into the river. 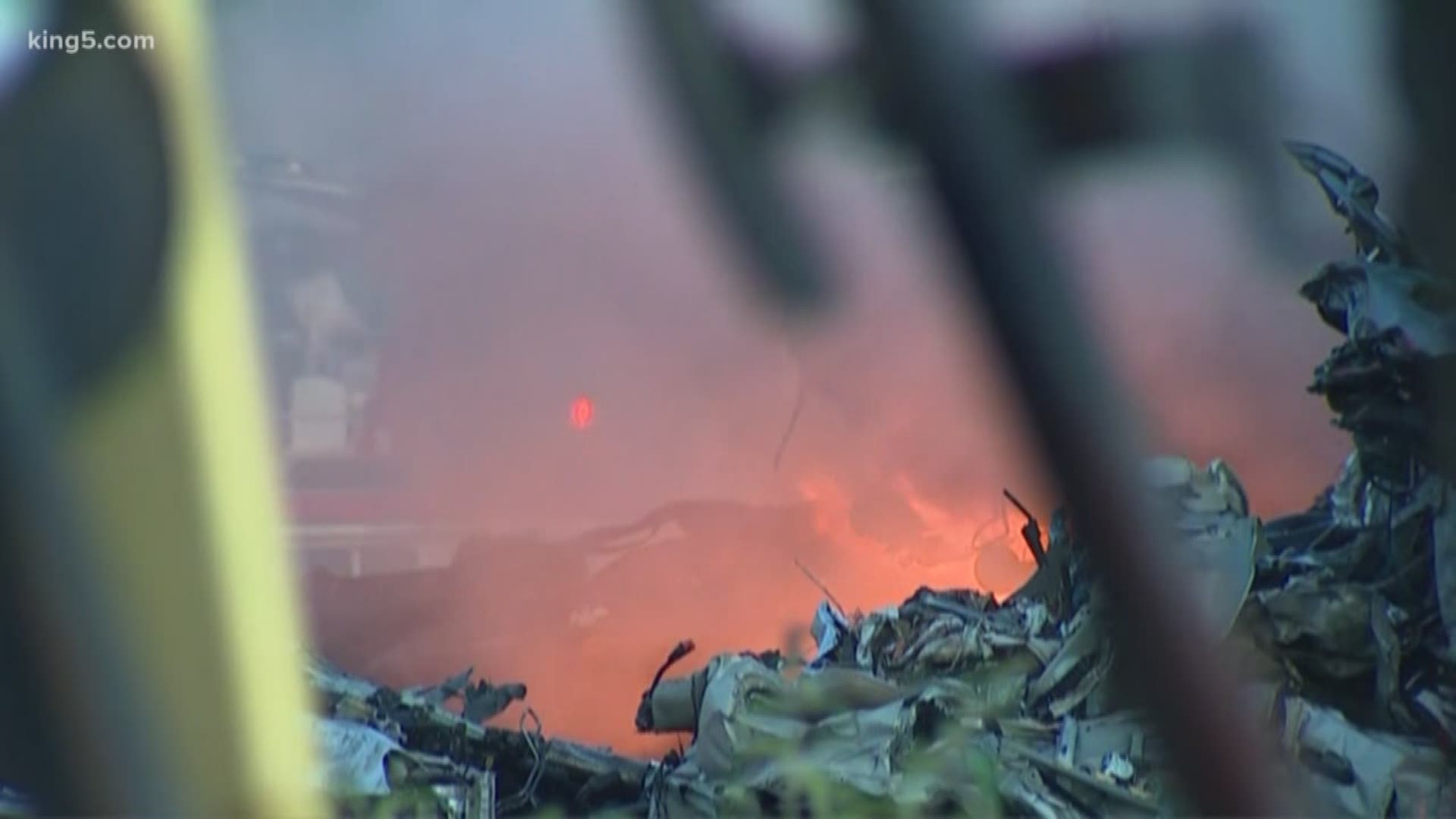 A group working for years to clean toxic materials out of the Duwamish River believes a recent barge fire could result in a significant setback.

The Duwamish River Cleanup Coalition has requested a meeting with both the EPA and the Washington Department of Ecology after the fire in late June.

"The most concerning thing to me was the thick black toxic smoke going into South Park," said Chris Wilke, director of Puget Soundkeeper, which is a member of the Duwamish River Cleanup Coalition. "We had tons of firefighting foam being applied that foam in the water was sifting through these burning cars. There were burning cars falling into the river."

Wilke says the foam likely bound to chemicals and dispersed them into the river making it more of a threat to birds and fish.

"There absolutely was a significant pollution event that night. There is no doubt in my mind," Wilke said. "These ongoing insults to the river are how the river got polluted in the first place Events like this are what sets us back."

This is not the first time Wilke and his group have crossed paths with Seattle Iron and Metals, the site of the fire.

"Puget Soundkeeper has an ongoing Clean Water Act lawsuit against Seattle Iron and Metals for polluted discharges to The Duwamish River. The facility’s own monitoring data show repeated discharges of stormwater and wastewater in excess of permit limits. PCBs, in particular, are a persistent problem, and Ecology’s attempts at enforcement have been ineffective at bringing them into compliance,” Wilke said.

"At one point, Ecology even proposed to weaken the protective standards by creating a legal 'mixing zone' in an attempt to allow higher levels of PCBs into the river. Soundkeeper successfully overturned this proposal in court. The original case over the illegal pollution is currently headed to trial in US District Court." 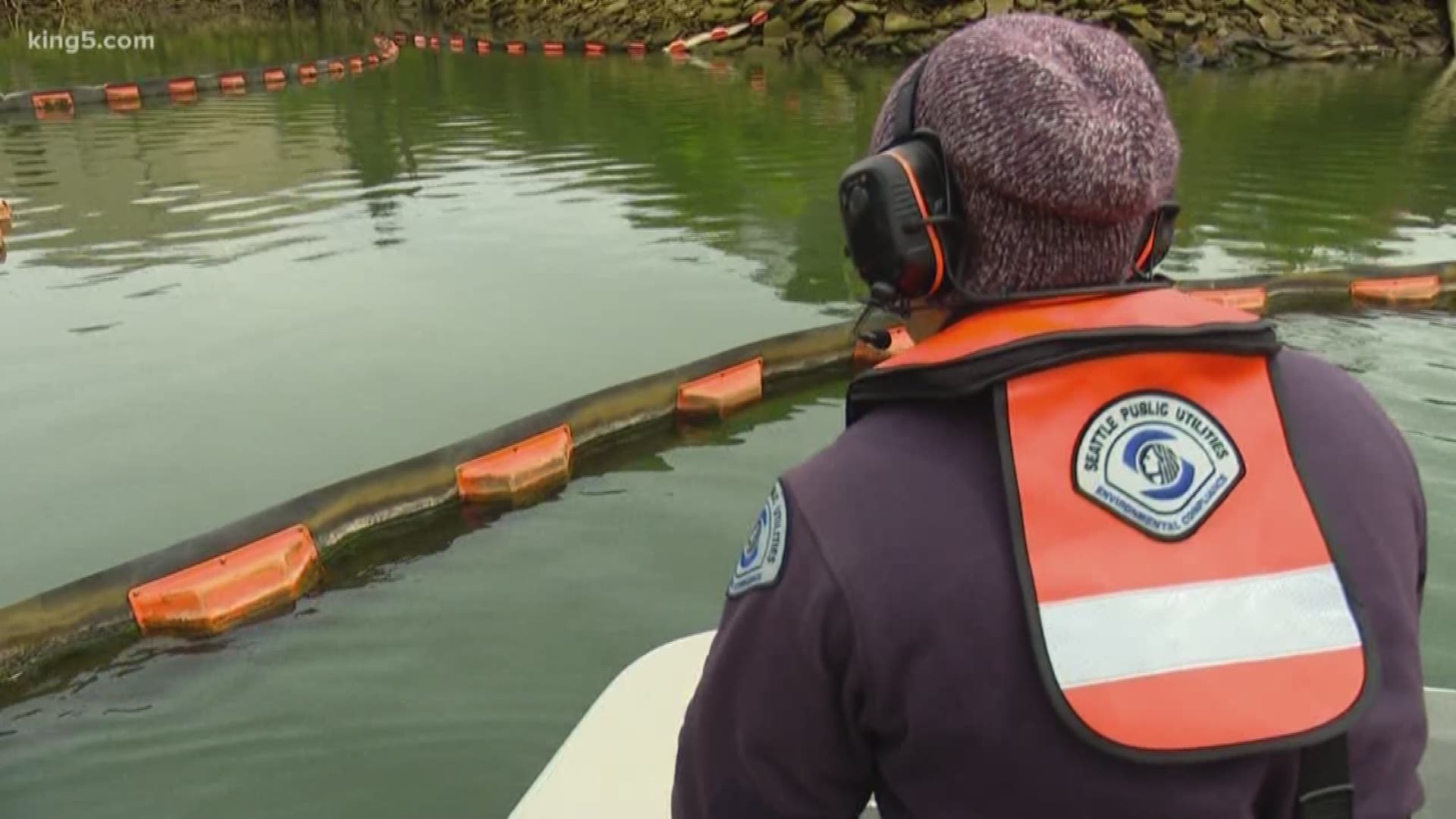 Seattle Iron & Metals typically requires fuel to be emptied from crushed vehicles. But the fire started when a crane picked up a truck that still had propane tanks, according to the Department of Ecology.

Puget Sound Clean Air Agency’s air quality monitor at South Park showed a short duration spike in particulate concentrations that appeared to be related to the smoke from the fire.

Seattle Fire Department investigators said that the fire was sparked accidentally and that it caused $1 million in damage.

One firefighter had minor injuries. 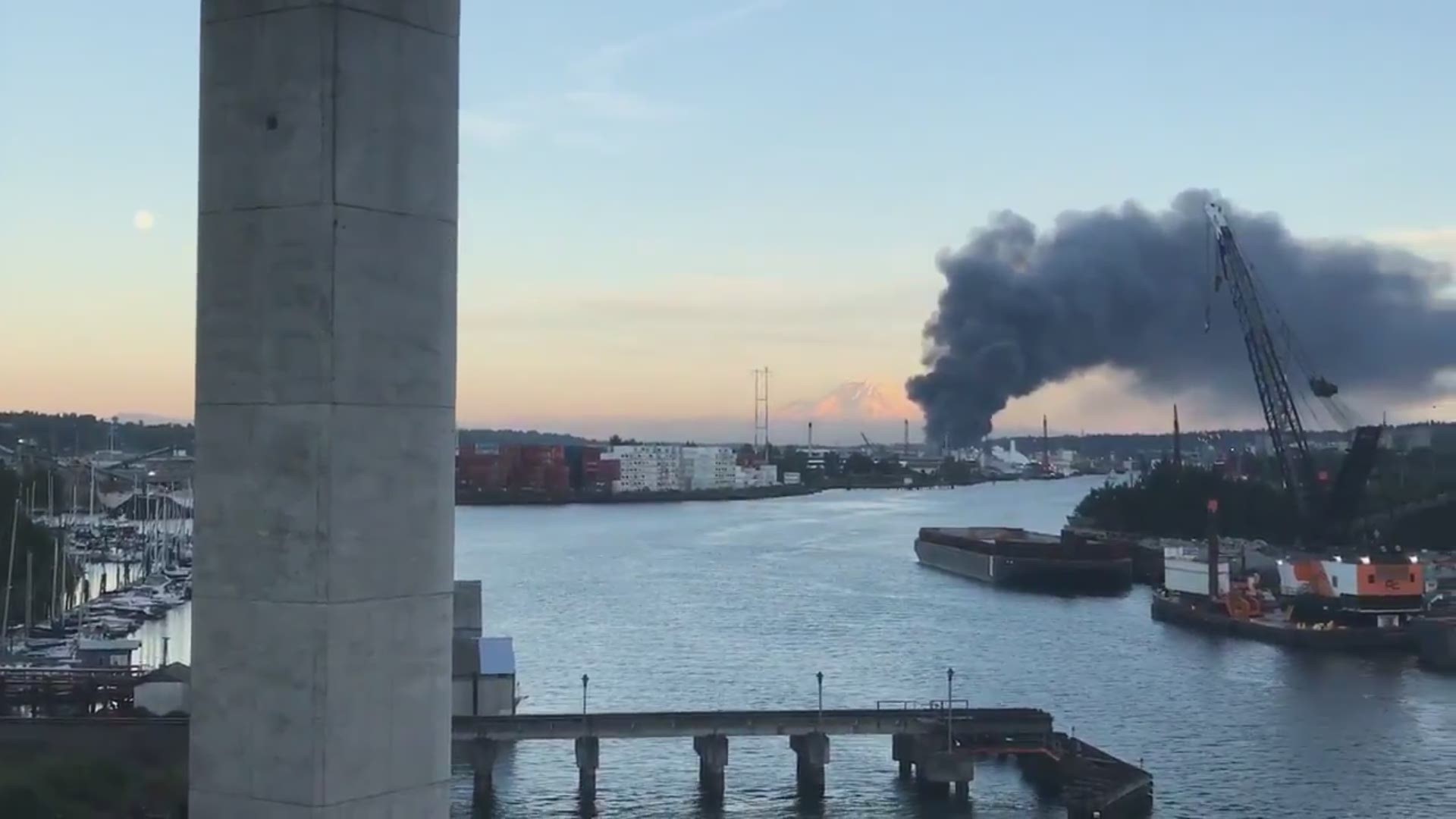