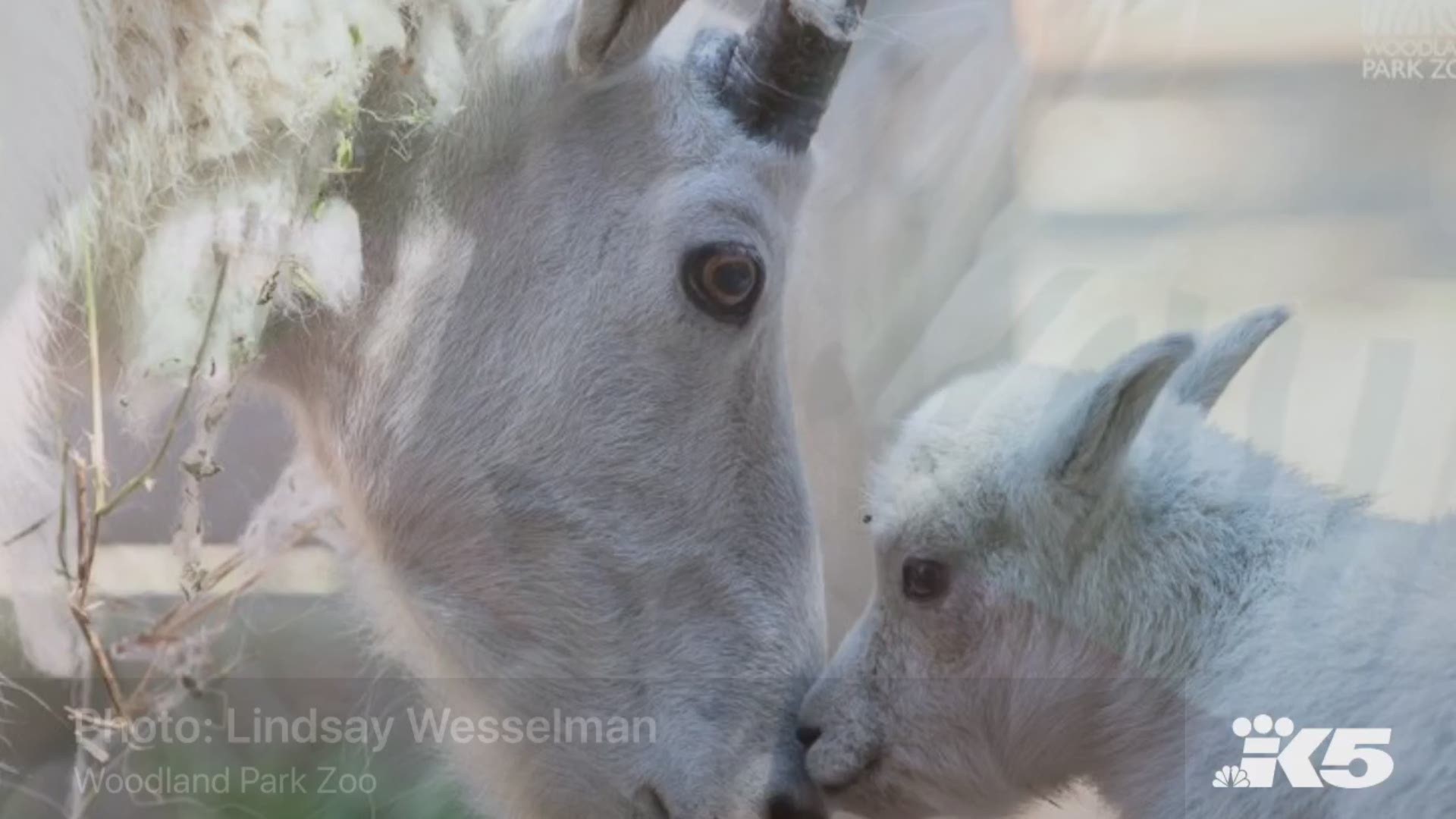 The newest addition to the Woodland Park Zoo made her public debut on Friday.

Daisy is the first mountain goat born at the zoo in 23 years. Just seven days old and weighing only 10 pounds, she can be seen already climbing the rocky crags of the zoo’s Northern Trail exhibit.

Mountain goats have a lifespan of about 9–12 years in the wild and 16–20 years in zoos. The rings on a mountain goat’s horns tell you their age—just like tree rings!

Despite their name, mountain goats are most closely related to antelopes and cattle than domestic goats. They are native to the Cascade Range, where they spend most of their time above the tree line. An introduced population living on the Olympic Peninsula is planned to be moved this summer.

Their harsh habitat allows mountain goats to avoid most potential predators. They are found at 10,000 feet elevation, surviving 100-mile-per-hour winds, temperatures of -50 °F, and snow drifts up to 60 feet high.

The population in Washington is estimated at 2,500–3,000 goats. This number has declined since the 1960s due to over-hunting, says Cliff Rice, a research scientist with the Washington Department of Fish and Wildlife.
They are hoping the population in the Cascades can rebound with stricter permitting regulations now in place.

The Woodland Park Zoo supports mountain goat conservation through their Living Northwest program. Daisy can be seen at the zoo daily from 9:30 a.m. to 6:00 p.m. throughout the summer.