Backcountry travel should be avoided. 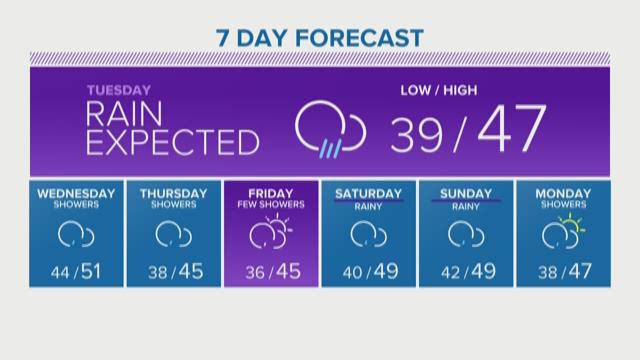 The Northwest Avalanche Center has issued an avalanche warning for the west slopes of the Washington Cascades including Snoqualmie and White passes.

Snow showers are expected to increase in the Cascades Monday night into Tuesday with the snow level near 2,500 feet. Pass temperatures will be in the upper 20s to low 30s

The snow will be piling up in the Cascades over the next few days. Mt Baker has received over 4 feet (not a typo) since late last week. More is on the way. This is a UW model forecast for snowfall ending early Thursday. Yellow shading is in the vicinity of 3 feet or more. #wawx pic.twitter.com/i9w83iqHaE

NAC says very dangerous avalanche conditions are expected to develop Tuesday afternoon and get worse into Tuesday night. Backcountry travel should be avoided.

Tree-well and snow immersion dangers are also expected to increase. Anybody traversing the mountains is advised to stay in constant communication with their travel partners.